Bipolar and Celebrating My 36th Birthday

Yesterday I turned 36 years old. Yes, that’s right, I’m on the “wrong” side of being in my mid-30s. And while I realize that, in our culture, being in your 30s is nothing to be proud of (especially if you’re a woman), I am, in fact, proud.

I’m proud because I’ve been living with a serious mental illness for (at least) 16 years – and I have survived. Many of our brothers and sisters with bipolar disorder have not been so lucky and we should all celebrate for those who can’t.

I have seriously wanted to die many times in my life but the closest I ever came to death was four years ago. Four years ago I was in a very bad place, for many reasons, but one of them was that a psychiatrist had officially given up on me and denied me access to any other psychiatrist. I felt it was the end; no chance for recovery. And so, it was just a matter of time before I acted on that. 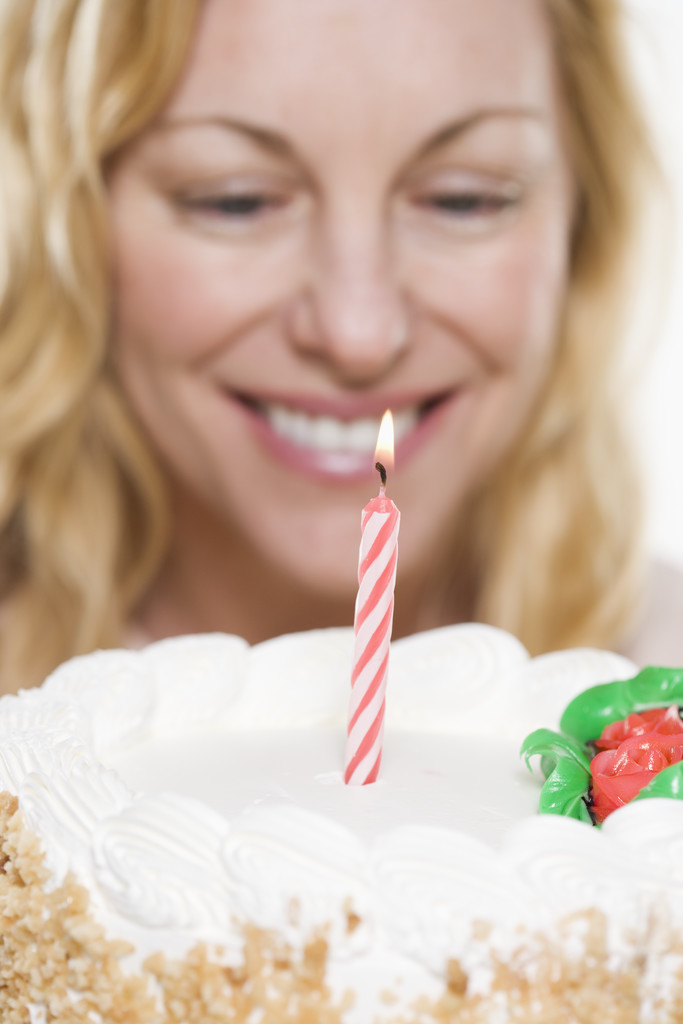 Four years ago you would have found me drugged, drunk and crawling around on my kitchen floor looking for a piece of glass sharp enough to slit my wrists. You would have then found me passed out in amongst said glass.

When I woke up from that, I had an epiphany about living. The idiotic doctor who had given up on me was wrong. I was treatable. I was saveable. I was worth it.

So, you see, I very easily could have never reached my 36th birthday. And, with a suicide attempt rate of 50% in the bipolar population, so many of us could say the same thing.

So, please, celebrate your birthday. You don’t need cake or a party or presents, but what you do need is recognition that you are alive. You are alive with bipolar disorder – a serious mental illness that takes too many people. You have succeeded. You have waged war with a deadly foe every day and you have won. You’re amazing.

It is so wonderful to see when people manage to get over this hard to live with disorder which can make our lives a living nightmare. Well done and keep up the good work, don't give up, never!
Live your life to the full! Take care...

Happy to know that you have learned to live your disorder. This really great and wonderful!

YOU are amazing! You can’t be doing anything wrong. So just keep doing what you’re doing. You’re going great guns! Birthday greetings on your 37th birthday!

Happy Birthday! I really enjoy reading your columns on so many blogs about living with bipolar disorder.

Happy Happy Birthday, Nathasha, cha, cha, cha! That's how my daughter always sings it! LOL You are not only a SURVIVOR but you are a WINNER! A Winner at this game called life. It's so complex and having Bipolar makes it no piece of cake. You are winning at 36 and you will keep winning because YOU are a winner and you are reaching out. Please keep doing so. You are a beautiful and amazing woman. I can tell by your heart. God bless you! Angela

Happy Birthday Natasha. May you continue to wage war, win, celebrate another 36+ birthdays and inspire people with your words.

First, Happy Birthday !!!
Second, Thank You !!!
You hit the nail on the head. Like you I am Bipolar. Unlike you, I did attempt suicide twice. I will not go into details but will say the doctors did not think I would make it both times. I often reflect on these attempts and fear for a "third times a charm".
So, once again, thank you. One, for reminding me I am not alone and, two, to celebrate life. Every breath is a blessing.
I only wish people who do not have Bipolar would come to understand that what we face is not just being "down in the dumps". It goes much deeper than that and can literally destroy our lives. It is not that we choose the things we do. We are not in a right state of mind and perceive that we are right and the whole world is wrong, out to get us, conspiring to harm us, [place psychotic thought pattern here].

Happy Birthday! I think that doctor should have had his license revoked. When I was 36, my grandmother was dying. It took everything I had to keep myself together for my daughter, who was 5 at the time. It's especially hard when you have BP and you're a single mom. But you can overcome just about anything. I'm glad you made the choice to stay alive! I turn 51 in February. Every year I'll keep celebrating my birthday and keep fighting my illness.

Happiest Birthday wishes to you Natasha. I also suffer from very difficult MH issues and I want you to know your honest, proud bravery is very inspiring. I thank you for that. Maybe someday I will be as realized. Sending you love and happiness for days to come.

Happy Birthday! I'll be starting my last year of my 30's next month. I remember being shocked at making it to 30. Ever since I was a teen I was convinced I'd never make it to 30. Either accidentally from a crazy choice or on purpose, tired of the wild ride. But here I am, pushing 40 and doing well! Keep it up. As always I love your articles. :)

Great article. Hey I'm fifty and still finding out how to work and prosper within, but not beneath, the limits that my bipolar disorder has set on me.
Recovery is a life long challenge.

My birthday was on the 28th and I am almost twice your age.
Happy birthday. We do have something in common - both human.

"Wrong side of 60!"...and blessed. From 1998--With family love, advocacy, unbelievable circumstances (docs & caregiving availability--more then than 2014!), etc. lined up with a deep-seated (unknown/unrealized fighting spirit) I'm now alive...with support, getting through, facing hard challenges (mind, spirit, body) but feeling joy. One day at a time. And MOST important: hope.

Happy Birthday Natasha. That is a great article, and if it is true for you and me, I am sure it is true for others. It sounds like YOU were the one who figured out that you are treatable and saveable, but it makes it easier if someone else (medically trained) also agrees. Thank you for your honesty. I'm on the "wrong side" of 40 now, but I think I'm going to make it...one day at a time.

Happy birthday Natasha, and best wishes for all the birthdays to come.