Can You Outgrow Therapy for Bipolar Disorder?

I have had years of therapy in my life to deal with bipolar disorder (and other assorted issues). I would say, at least 15. It makes my head spin thinking of all the therapists I have talked to in my time.

But I admit, I’m not in therapy now. I know, as a role model I probably should stand up and say that everyone needs therapy all of the time but I don’t think that. I think that you can outgrow therapy for bipolar disorder.

Now, don’t get me wrong. I’m a big believer in therapy for bipolar disorder. If you haven’t had any – you need it. Trust me. Basically, I think therapy is good.

And I’m not the only one. When scientists studied bipolar disorder outcomes, they found that people who go to therapy and take medication do better than people who do one or the other exclusively.

My Experience in Therapy for Bipolar Disorder 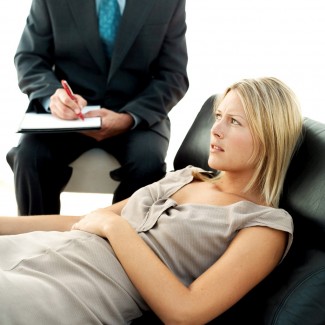 But, over the course of many years, the need for this became less and less. Over the years, I realized I wasn’t getting anything out of therapy any more. The bipolar is in my brain. No amount of talking will get it out and I have more advanced coping strategies than anyone I know, so therapists have virtually nothing to teach me (although I have taught them plenty). I would be better therapist than some of the therapists I have talked to.

This is not to say that ongoing bipolar therapy doesn’t work for anyone. Of course there are people who will always benefit from an honest outlet where they can talk about things they likely can’t talk about anywhere else. So I’m not saying you should stop therapy, no matter how long you’ve been going. If it works for you, it works for you, and that’s what matters.

What I’m saying, though, is that it is possible to get to a place when bipolar therapy is no longer helpful, and that’s okay. You shouldn’t feel like just because you have a mental illness you have to be in lifelong therapy. There are only so many things therapists can teach you and you may get to a point where that is simply no longer useful.

And, by the way, this doesn’t mean that I will never re-enter therapy in the future. I may find it’s something that I want again. And that’s okay too.

You can find Natasha Tracy on Facebook or Google+ or @Natasha_Tracy on Twitteror at Bipolar Burble, her blog.

Ketamine-Like Drug Poised to Treat Bipolar Depression
What is Dissociation? Does it Help or Hurt in Bipolar Disorder?
Ellen R. Vanous
September, 1 2017 at 4:39 pm

I believe you can outgrow therapists. I went for 11+ years to the same psychiatrist/councelor. She expected me to continue on, and on, and on. I found I knew more than she. She tried to trip me up on what I told. That irritated me and I grew not to trust her. Obviously she didn't believe what I told her. I have been without her for 7 years now and only see a different Psychiatrist. I am more in control of myself and don't need to let him inside my thoughts. I learned alot from my past and am doing well on minimum meds. It is wonderful. Psychiatrists aren't miracle workers. You need to work on yourself and take responsibility for yourself. It is amazing how you feel when you do that.

One can also outgrow psychiatrists. I mean, with the right therapist and psychiatrist working together on your behalf, you can learn how to take care of yourself. Then they can let you go. Not only can one learn how to cope, but one can learn how to be doctor of oneself. Then all you need is any doctor willing to prescribe what you need to take care of yourself. This takes discipline and a long time to learn. But it is a path to recovery. Recovery does not have to mean a life without the meds or the diagnosis. It can mean being able to be in total command. We can decide. It's possible.

Actually I have to disagree with some of the premises, the most notable one being: "The bipolar is in my brain. No amount of talking will get it out and I have more advanced coping strategies than anyone I know, so therapists have virtually nothing to teach me (although I have taught them plenty)."
1. You should read this article, citing one from Nature: http://medicalxpress.com/news/2014-07-experts-urge-discipline-combining-benefits.html
2. Whether one "out-grows" therapy depends on the reason for therapy and the therapeutic relationship. ALong with the reasons, consider also timing thereof. Regarding the latter, research has shown it to be the most important element in successful therapy. The therapeutic relationship amounts to the rapport a patient has with his or her therapist.
As far as reasons, there are dozens upon dozens. You may see a therapist "just" to vent, and also gain an objetive viewpoint. Therapy could be for "mwaintenance." You may wish to do Freudian-type therapy. DBT and/or CBT might be appropriate. You could need help with organizing daily living skills.
Timing is just that. A therapist could be the right therapist for you but it might not be the right time for you. What you gain at one point in time, you won't gain at another. SImilarly with different therapists (ie. the therapeutic relationship).
It's also wise to remember that you will plateau with a therapist every now and then. That doesn't mean therapy is necessarily over or that you should necessarily find a new therapist. It simply means you and your therapist need to reevaluate where you stand.

Most people with bipolar have co-occuring disorders especially anxiety and zpztSD. Talk therapy for those things is often really helpful, even essential, and sometimes long-term. A lot of people - like Liz - have also experienced trauma and it's hard to work through that on your own. So there are a lot of psychological problems that can go along with bipolar and you might need a therapeutic relationship to understand and cope with them.

Have you read the book "nutrient Power heal Your Biochemistry Heal Your Brain" by William J Walsh.? While BiPolar is one of the harder mental health conditions to treat this person's protocols have helped quite a number of people with minimum side effects. Book has sold over 30,000 copies and he addressed American Pysciatric Conference on Depression in May

I was diagnosed with Bipolar 8 years ago. At first I fought the diagnoses, saying that I only got the deep depression ( I spent 11months in a Mental Facility) but never had mania. In the Hospital I received wonderful care and was treated with respect and never judged. My underlying problem was sexual, physical and emotional abuse by a close relative oveer a 15 year period. I had never addressed this painful time in my life. I felt it was my fault and I was so ashamed so I locked it away.... Then an incident triggered it all off and the Pandora box was wide open. I had a breakdown and made a very serious attempt to take my own life believing every one would be better off without me.
I feel blessed when I am feeling well that I lived but when I am back in that Black Pit I just want to be left alone to die. Since then I have had 2 Manic Episodes... The experts were right... I am Bipolar. My last Manic Episode was euphoric, I felt invincible , I was so full of energy... There weren't enough hours in the day for all I wanted to do. I didn't have the tools to handle this ... I just thought I was "Happy" for the first time in so long. Eventually my family did an Intervention and I was "locked up". This time in an overcrowded and understaffed unit. I was drugged and abused and had panic attack after panic attack. As soon as I could Isigned myself out of there. Then I was paranoid and cut myself off from all my family and friends.
When I came down I hit rock bottom. It took me a long time to trust anyone again.
I then struck Gold... I was put in touch with a young intelligent Psycologist and a Psychiatrist ( the Pill person) . It has taken me 8 long months, seeing my Psycologist every week to get me where I am today. He is my security blanket at the moment and probably my best friend. I am back working part time, I have made amends with my family and I am slowly moving back into society.
I know that shortly I will be able to cut down on my visits but and it's a BIG BUT ... I need the security to know that there is someone out there that "get's me" and knows my history.
I am moving out of the dark anto the light and I am happy ... Not manic

As a therapist, I agree with you. My goal is never to keep you in life long therapy! My goal is to make sure you (and others) are safe, then teach you coping skills, work as you modify them to be effective for your individual needs, prepare you for discharge and then let go. You can always come back when needed, but if I have done my job, you feel , at least mostly, confident you can do it on your own. Good luck! Keep sharing! You are making a difference!

I have the same experience with knowing more about my conditions than my therapist. There is only so much the books can teach them. But I still find use in having someone who listens with an open mind and does not put a stigma on mental health.

Your comments resonated strongly with me, Natasha. I have been in therapy for a few years off and on when it seemed I needed it. Recently my therapist of 2yrs. had to take an extended leave of absence. It catapulted me into action. I came face to face with how much I was still expecting to be 'rescued' by someone else instead of assuming responsibility for myself. I find that although I am grieving deeply my goals have crystallized and I am finally taking action in behalf of myself. I have decided to continue therapy but this time I am going in with clarity and this time I actually look forward to the time I can live without therapy until and if I need it again.