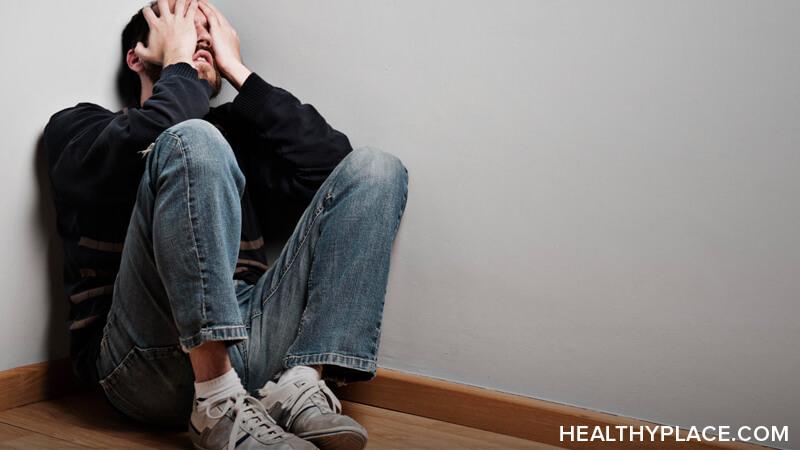 Trigger warning: This post contains a frank discussion and mistakes and suicidality.

Mistakes can make a person suicidal. I know this because, in the past, that person was me. Making mistakes has made me feel suicidal. Is this an overreaction? Yes, of course it is, but that doesn't mean it isn't a real reaction.

I started experiencing suicidal feelings from mistakes at a young age.

I acutely remember feeling suicidal from the time I was 14, maybe younger. And mistakes absolutely made these feelings worse. I remember how unbearable it was to make a mistake in front of someone, or, heaven forbid, make a mistake that negatively impacted someone. I would go to my room and berate myself endlessly for being so stupid. I would plead into the air to be forgiven. I would feel like killing myself just to prove how very sorry I actually was. I thought, if only people knew how sorry I was for making a mistake, surely they would forgive me.

And when it comes to the mistakes that caused these feelings? I don't even remember them now. At the time they were worth ending my life over and now they don't even take up space in my memory.

Suicidal Feelings Because of Mistakes

As I said earlier, becoming suicidal because of mistakes is obviously an overreaction. I think, though, when you're so close to suicide already, creating feelings of suicidality or increasing feelings of suicidality can happen pretty easily. And in my upbringing, mistakes were unacceptable. I was taught to be perfect. I'm not, of course, but that was the teaching, nonetheless. I'm sure when I was taught mistakes were unacceptable, no one thought I would take it to the extreme of suicide, but that's where my particular brain went. And, honestly, while a person sitting me down and forgiving me might have helped, I likely wouldn't have stopped feeling suicidal due to mistakes without major treatment of the underlying illness. I needed therapy and I needed medication to get a hold of the demons that had me in their clutches.

Now, I still feel suicidal sometimes, thanks to my bipolar disorder, and I can admit to feeling excessive guilt over mistakes, again, because of bipolar disorder; but, mistakes don't make me suicidal anymore. I am able to stand back, look at the pattern and see it for what it is: a sick brain doing sick things. It's a little girl who didn't understand the messages given to her and how they intertwined with her own psychology. It's a mental illness running rampant on an uneducated psyche.

So if this is you. If you're feeling excessive guilt for mistakes to the point of even feeling suicidal for mistakes, know this: you're not alone. I've been there. It doesn't have to be that way, though. Mental illness treatment like therapy and medication can help you get out of that hell. Because we all make mistakes. We all don't feel suicidal about them.

The Appearance of High-Functioning Bipolar Online
Being a Realist with Bipolar
Jess
January, 21 2022 at 3:41 am

This is me. I have been abused and expected to be perfect by my mom. I was abused further in my life and with therapy I have been able to make progress in my healing. In that I have not only been more introspective into my trauma and personal choices, but also my past mistakes. Where I was a shitty person. I am aware of my toxic behaviors and as I type I have contemplated making a date to kill myself on my calendar. However I know I don't have the guts to kill myself and self-destruction is not conductive to growth. I don't have answer, just that your article spoke out to me. I feel it's a side of suicidality the is not talked about enough.

Oh lord that’s me...2 years after making a mistake that hurt someone’s feelings (as a result of trauma inflicted on me by someone else), I cannot forgive myself though they have forgiven me. I am suicidal almost every day in spite of therapy, medication, etc. Hopefully, this will change some day.