Being a Realist with Bipolar 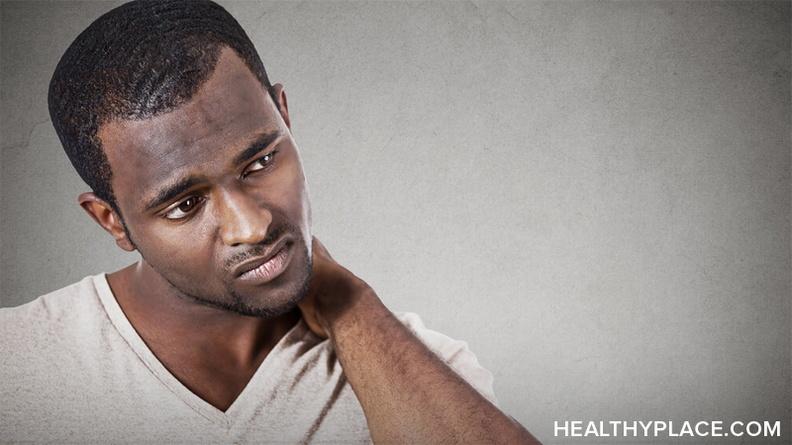 I'm a realist, and I have bipolar disorder. I find this is a troublesome combination. I think this is because people often see realism as negativity, especially when you have bipolar. Realism isn't negativity, however. It's okay to be realistic with bipolar.

What Is Realism in Bipolar?

The Problem with Being a Realist with Bipolar Disorder

The problem with being a realist with bipolar disorder is that others feel like you're "being negative" when really, all you're being is realistic. When you're depressed, things are awful. Depression is awful. Saying this out loud isn't unreasonably negative, it's honest. Others, however, don't necessarily perceive it that way.

I'm a Realist with Bipolar Disorder; I Don't Like Patty

To put it succinctly, Patty and I do not mix.

To put it another way, I would say that I don't have a lot of patience for delusional people that have no understanding of what a real, serious mental illness is. Honestly, Patty's view of the world annoys me from 20 feet away. When she gets up in my face about my own life, I kind of want to strangle her.

However, I don't strangle people. Instead, I would say this: If being a Positive Patty works for you, then go for it. I'm not about taking away things that work for people.

That said, I strongly suspect Positive Pattys will wake up one day and discover that life isn't what they've been espousing and they'll be very upset about it, and they'll find it doesn't work. But that's Patty's issue, not mine.

If you run into a Positive Patty, that person might make you feel like there's something wrong with you, like there's something wrong with what you think and how you see the world. Self-reflection is healthy, but don't let someone who chooses to be semi-delusional change what is right for you. Being realistic is okay. Acknowledging your pain and suffering is okay. Acknowledging just how hard it is to live with bipolar disorder is okay. As long as you've tempered that with thoughts about what you know is great, it's okay. Walk away from Positive Patty and just know that being a Realistic Rick is perfectly acceptable if it works for you.

APA Reference
Tracy, N. (2020, September 20). Being a Realist with Bipolar, HealthyPlace. Retrieved on 2022, June 28 from https://www.healthyplace.com/blogs/breakingbipolar/2020/9/being-a-realist-with-bipolar

Mistakes Make Me Suicidal
How Anxiety Affects Bipolar Disorder
M
September, 29 2020 at 6:21 am

Just because I try to act positive (regardless of how I may be feeling) doesn’t mean I’m not a realist. I’m not delusional. The truth is nobody really wants to be around a negative Nellie all the time. You’ll never have a shot at a positive life if all you do is commiserate with negative people. Constant worry and rumination only feeds anxiety. You have to learn to let that shit go. It’s a process. It takes time to change one’s behaviour. If you want your life to change you gotta be willing to do something different. Don’t be all down on yourself if you don’t do it perfectly. Learn from your mistakes, keep trying and don’t give up.. A poor me attitude and giving in to bitterness and cynicism never helps either, that’s the easy way out. Accept that life is not always gonna to be easy or fair. Channel your limited energies wisely and don’t put all your eggs in one basket (no one person, place or thing is gonna make it all better for you). Trust you instincts and use your common sense.

I’d rather be a positive Patty than a negative Nelly any day. If everybody lived by their true feelings all the time, especially around others imagine what an awful mess this world would be in. What you focus on grows... ❤️