But, of course, no one asks for permission to die and no one does it on a schedule. His death happened and I have to deal with it and it’s definitely a bipolar trigger I can’t control.

I do control the bipolar triggers in my life. For me it’s something as simple as listening to sad music. That, for me, is a bipolar trigger (bipolar depression being my main state). I do things like get to sleep on time and for a set number of hours. I have a bipolar routine. I avoid most movies. I do thing after thing after thing to try and increase my own stability.

But bipolar triggers hit anyway. For example, while I avoid movies (I find them either stupid or triggering) I do watch television and sometimes television triggers me. It’s when I’m already unstable, generally, but the trigger will make my mood worse.

And so, I ask myself, if I can’t even withstand the teeny tiny bipolar trigger of a television show plot line, how will I ever handle something severely triggering happening to me?

Death as a Bipolar Trigger 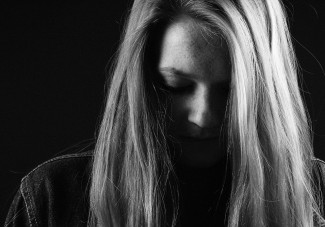 As far as bipolar triggers go I would say that death is a biggie, and the death of a parent may be especially big for most people. And tomorrow is the memorial for my father. I can honestly say that I’m terrified.

Dealing with a Bipolar Trigger You Can’t Control

And, if I’m honest, I can tell you that the situation and the stress is making me hypomanic and weepy already. (Mixed moods really are my brain’s thing.) I can only imagine how bad it’s going to get tomorrow.

So how do I deal with a bipolar trigger I can’t control and can’t ignore? I guess I try to deal with it head-on. I try to anticipate what might happen and plan for it. I try to deal with the moods as they emerge – quickly – and not allow them to get worse if I can at all help it.

For me, this means increasing my medication as a way of trying to staying level. I did this when my father first died and I’m not sure how well it’s working but increasing mood stabilizers really seemed like the right move. I’m also dealing with the hypomania by taking a benzodiazepine to bring myself down immediately and not let the up continue and get worse because, as I’ve said before, even if you like the ups, the depressions after hypomania tends to be, um, a bit of a bother.

[Please don’t do this just because I am. Make sure you talk to you doctor before making any treatment changes.]

If I was seeing a therapist, I would book extra appointments but I’m not so I’m booking extra time with my friends instead. I’m reaching out for more connection in the hopes that it will help me not get so wrapped up in grief that I don’t find my way out. And people are being wonderful about it and are even pitching in to help me with things like making dinner. (Because while people tend to not understand bipolar disorder, they do tend to empathize with grief. Grief is a bring-a-casserole kind-of-a-thing where bipolar is a bring-a-ten-foot-pole kind-of-a-thing.)

And I’m trying to be a bit more open and talk about my feelings around the whole thing and not trying to internalize everything, which I am wont to do.

I’m also maintaining my bipolar routine as much as possible and trying to give myself a break from all my deliverables now and then. Oh, and I’m breathing. I’m taking slow, purposeful breaths whenever I feel like my head is going to pop off from the stress and terror of it all.

Honestly, I expect it to get much worse after tomorrow rather than better. My mother is looking forward to the memorial as she’s seeking some closure. That’s natural. But I fear this won’t be closure for me, it will simply be a ripping apart as my bipolar takes over.

Nevertheless, I will try to continue to use all of my coping skills and activate my safety net as much as possible to face up to this uncontrollable bipolar trigger. Because, really, what choice have I got?

You can find Natasha Tracy on Facebook or Google+, @Natasha_Tracy on Twitter or at Bipolar Burble, her blog.

How Not to Take Bipolar Hypomania Irritability Out on Others
When Bipolar Ruins Your Vacation
DeannaK
September, 29 2015 at 9:17 am

My sympathies for your loss, Natasha. There is nothing worse than knowing something will trigger you and waiting for the bomb to drop.

I agree that death is a trigger. When a good friend of mine passed away, I cried throughout the entire funeral and every time I thought of her, I cried, cried, and cried. So, allow yourself to grieve. And my therapist always stresses that I shouldn't be concerned with what others think, so go ahead and cry.

Hi Natasha, I'm so sorry about your loss. Hope everything went better than you anticipated, that all your preparations and care helped you sail through everything!!! It will sound strange, but I actually envy you for feeling and experiencing any kind of emotion. When they told me my eldest daughter just died in an accident, all that came over me was "nothing" and I arrange everything of the funeral, her estate everything - no panic no stress - nothing!!! On the one hand I want to say enjoy some of it but really truly all my prayers and strongs!!

Prayers for your loss....

Natasha,
I have been reading your blogs for years and they have been an invaluable source of information to me.
With that said, I am sorry to hear about the loss of your father. Earlier this month my SO lost his, and the loss of my FIL also triggered me into a mixed state where I ended up in hospital for a week because at the time I was also trying an antipsychotic which gave me EPS; and now mixed laryngeal dysphonia which seems to be permanent despite stopping the use of the drug weeks ago (it only happened after a couple low doses in a couple days).
It just feels like everyone is mocking me when they say "it will get better" because my life just seems to be getting worse (I already deal with fibromyalgia and osteoarthritis, PTSD as well). Losing my voice to the dysphonia makes me terrified of trying any new medications that can potentially help me. I am angry, sad, raging, anxious, depressed, but full of empty energy, and still suicidal. I feel trapped, hopeless, like I cannot be helped.
But your articles help. They help me get through my toughest days knowing I am not alone. I hope it helps you to write these articles for people like myself. I am always touched by your words.
All the best, Natasha.

I am like you a lot. I am bipolar, mostly depressed. I also have mixed episodes, not truly manic.
And my little brother died by suicide in 2009. I got very scared that one of my teenagers would try it. I spent most of the time either reading my bible or comforting my kids. I had no time to grieve until about 6 months later when I moved away. I had so much time on my hands and that's when I truly got to grieve.
Its been over 6 yrs and I still break down crying out of nowhere.
God bless you, the bible says that there is a season for everything and those who mourn will be comforted.

Natasha:
I'm not trying to scare you.
But,as your aware,I'm a rapid CYCLER.
Yes no 2 ppl are alike ( true as well)
But,I still am the same w my dads death after 4 yrs.
Of course relationships,etc all fall into play here,too.
I'm certain girl,your well well aware of your triggers...as I thought I WAS AFTER 2 YRS
SAME ...
However,Sandra not natasha.
Worse piece of advice I could give would be bottle up all your feelings.....EVENTUALLY....
Don't you think it'll EXPLODE?
My pastor advised me after nearly 9 months or so to write my dad a letter....either keep it..
Or ditch it,all the things you wanted to say but couldn't or no time for saying....
Just a thought for future...
Even in summer,if I'm in a shop,city so small here,someone will say your so much like your father!
There's tears streaming,but also,sometimes a wee smile...
I'm proud to have had such strong,genius parents...not a day passes my heart doesn't ache.
Ps I wrote a beautiful poem ( so everyone said,I was dead inside) my brother read it..
Ok. I'm getting flashbacks.
But a friend is a friend.
Good nite Natasha...hope you sleep
Hugs

Natasha:
Your in my thoughts as now & always.
I know the pain of loss particularly of a parent...
The unconditional love....you'll somehow always feel never die.
My dads birthday coming up Oct 3 ( hell)
Anniversary of death ( 4 th yr.) in mid November)
Becoming more slowly,gradually more depressed ....
I am wishing you peace,and do what you have to do to stay well...even if it's crying all day
Then breaking shit in anger...my old pastor taught me one thing that stuck everyone grieves
Differently ...there's no right or wrong ..no need to go to church...I'm spiritual,new age.
Not church for me....I set up shrines in my home for mum & dad ( with small things that
I feel bring there spirits when they choose to present themselves..) far out? Nope. Just me.
I did it cause it just believe in the afterlife etc.
Anyway,I wish from though my heart is heavy ..yours is much much worse..to please..
this is tough stuff..take good care of YOU first & foremost.
Hugs,Sandra.