Do People Have the Right to Leave Mental Illness Untreated? 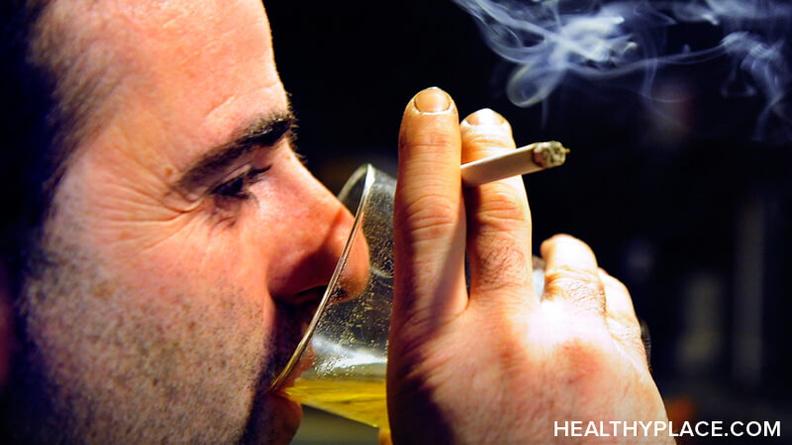 Why Do People Leave Their Mental Illness Untreated?

There are a whole variety of reasons people choose not to treat mental illnesses. For example:

And, of course, I’m sure there are many other reasons why people choose to be floridly ill as well.

Note that I’m talking about people who are ill, hurting others and have access to treatment and choose not to accept it. I’m not talking about those in other situations.

The Right to Untreated Mental Illness

And I would suggest that, yes, some people do have the right to untreated mental illness both legally and morally. For example, you take a person who lives alone and chiefly chooses to hurt him or herself, well, then I guess it’s his or her choice to be sick.

And when it comes to the law, the vast majority of people have the right to maintain an untreated mental illness. The law does not, generally, go about forcing treatment on many people. (There are exceptions to this, here and there.)

The Right to an Untreated Mental Illness That Harms Others

Do these people really have the right to untreated mental illness – particularly in the cases where these people do not even comprehend the mental illness if they have and the harm they are doing? Should someone not step in and try to, at least, stabilize them so they can start making conscious decisions about their own mental health?

And this does happen, sometimes. For example, when in front of a judge, a person with a mental illness may get sentenced to treatment instead of jail? (This does not happen nearly enough but that’s another post. [The Need for Mental Health Courts]) Or when in jail, a person may receive treatment there. Either way, the person is institutionalized for doing whatever criminal act he or she did and then that is the only way he or she receives treatment.

And, seriously, do these people have the right to do that? Would these people not have the chance at a better life if treatment were applied? A society can easily be judged by how it treats its sickest and poorest and, right now, I’m not sure what it says about us that we really don’t.

People in Positions of Authority with Untreated Mental Illnesses

And this brings me to the subject of people in positions of authority. What about your child’s daycare worker? What about a teacher? What about your dentist? If they don’t harm people to the extent of going to prison, they absolutely, legally, have the right to untreated mental illness but, morally, should they?

Do Parents Have A Right to Untreated Mental Illness?

And then there are parents. Naturally, I have an opinion on whether parents have the moral right to untreated mental illness because that’s what my father chose. He once said, “If I choose to die drunk in a ditch, that’s it no one’s business but my own.”

See the following video for my thoughts on this.

So, you see, it’s not so clear cut. Who has the moral and legal right to an untreated illness is something we’re still working on as a society.

For more information on the rare cases when the courts do mandate treatment when a person leaves an institution, please see the Treatment Advocacy Center’s information on assisted outpatient laws.

APA Reference
Tracy, N. (2016, May 31). Do People Have the Right to Leave Mental Illness Untreated?, HealthyPlace. Retrieved on 2022, December 9 from https://www.healthyplace.com/blogs/breakingbipolar/2016/05/do-people-have-the-right-to-untreated-mental-illness

before i was diagnosed and was on no medication i became manic[depressed then became psychotic i was a single mother of three.Now i know my diagnosis and how bad i can get and especially as a parent i have a resposibilty to stay well and that means taking medication.My father was bipolar and refused to take meds and it led to a lot of suffering for the whole family i feel he had no right to subject his children to his untreated mental illness!

I do feel it's our responsibility to give access to mental health services... It's a very serious subject and worthy of discussion. ..crimes cannot always be stopped and of course there are no guarantees. But when I hear people screaming about civil liberties, not having to be treated for mental illness, I wonder how they'd feel as they sat with parents of Sandy Hook children that we're killed.
Thanks for posting this Natasha. Well done

I'm like the majority of people with mental illness. I was never violent in the period before my mental illness was treated, and if I stopped treatment now I wouldn't be hurting anyone.
Is a person who is prone to violence, and who also has a mental illness, going to be less violent once they have treatment? Treatment doesn't work for psychopaths. Treatment doesn't work to stop a person being violent. It may reduce certain situations in which that person has been violent in the past. New situations may open up.
It's not so simple as saying that there is some moral obligation to be on treatment because it may make a violent person less violent. It's the violence that needs addressing, not the illness necessarily.

The treatments are too ineffective and the health harms of the treatments too great to force care on anyone except the most extreme cases. The treatment may not work for them anyway. If the treatments usually worked great, with few side effects, the debate would shift somewhat, perhaps dramatically.
I notice you left out the category, which is huge, people who tried a bunch of drugs and they were worthless garbage for them so they got fed up and gave up.
Most violence in situations you write about isn't from the mental illness, but rather substance abuse that can accompany it.

Sometimes I look at my medicine (Seroquel, Zoloft) and I just don't take it because it doesn't seem to make a difference from bipolar depression exhaustion to ongoing manic thoughts that I cannot stop.