When Bipolar Depression Lasts for Years 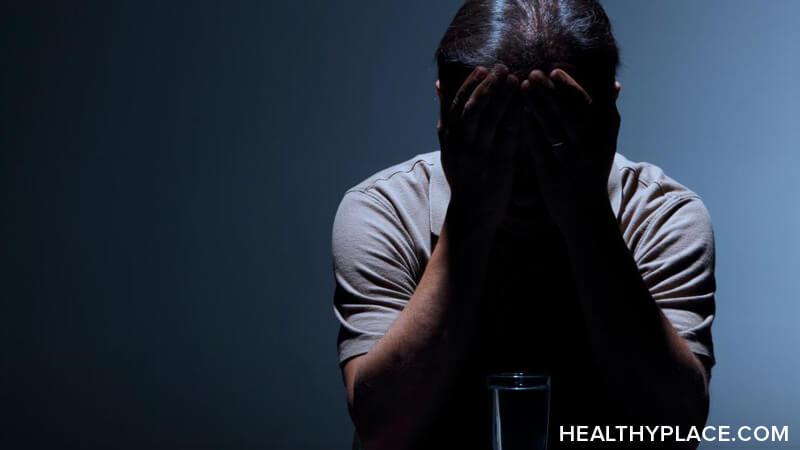 Bipolar depression can last for years. Now, I know, bipolar disorder is a cyclical illness – i.e. you cycle through various states like hypomania, mania, depression and euthymia (no symptoms). This is true. But it is also true that a person can get trapped in one of the mood states. This isn’t necessarily the most common manifestation of bipolar disorder, but it does happen. And usually, if you’re trapped in a particular mood state, it’s bipolar depression that lasts for years.

Yes, I’m one of those people who has been in a bipolar depression for years (of various severities). Occasionally, it’s been interrupted by a mixed mood or a hypomania, but those tiny punctuations are dwarfed by the massive bipolar depressions that surround them.

And believe me, in those years of bipolar depression I have tried every medication cocktail known to man. We’ve tried everything there is so we’ve had no choice but to go back to previous medications (and, actually, we’re having some success with that).

Why Would Bipolar Depression Last for Years?

Of course, no one knows why a particular person experiences the exact symptom profile in bipolar disorder that he or she does. So if you’re stuck in years of bipolar depression, I certainly can’t say why you are when the person with bipolar disorder next to you isn’t.

That said, there are some things we do know:

I think of it like this: When you’re in a depression, you’re in a ditch. It starts as a shallow ditch – one you could walk out of with the right directions. Then, over time, the ditch gets deeper. That’s when you start needing others to help get out of the ditch. And then the ditch gets so deep that you need a ladder to get out. And at some point, the ditch is so deep that it can be very difficult to find a ladder tall enough to bring you back up.

In looking at the above, it seems that depression breeds depression. It is a self-replicating state.

Dealing with Years of Bipolar Depression

I really hope that you’re not dealing with years of bipolar depression – but I know some of you are. Here’s what I think you need to know about years of depression in bipolar disorder:

But I can also tell you that turning around years of bipolar depression is a hard thing to do. Long-term depression has got a lot of downward momentum and finding something to alter that is a tall order. I think it’s important to understand this. Not because it’s an easy thing to hear, but, rather, because it will set your expectations appropriately. It you expect to get better in the next month and don’t, you’ll be even more depressed. But if I set you up for a year or more of work (which is what might be needed), you’ll be prepared for some failure before success.

I’d admit all day that if you’re in a years-long bipolar depression, the numbers aren’t in your favor, but you know what is? You. Your tenacity. Your strength. Your desire to get better. That’s all stronger than numbers. So don’t give up. I know you might want to, but if I could find relief, then so can you.

Hope Even with Years of Bipolar Depression

Tune in to be offered hope even if you're experiencing years of depression.

Dealing with Bipolar Disorder Takes Up Too Much Time
Disappointing Loved Ones Because My Bipolar Won't Improve
S. Levy
July, 26 2018 at 2:11 am

Hi,
Thanks for this article. My mom suffers from BiPolar. Do you think she should medicate? She won't agree to see someone on an ongoing basis. I would say she has been suffering from this for 30 years. (she is 60)

I was diagnosed with BPD at 34. Lithium (and therapy) really helped. But now, at 64, my kidney functions at 45%. My psychiatrist doesn't want to stop the lithium. She retires in 2 years anyway, so should I change therapist and stop the Li?

Hi Sherry,
I can't say whether you should stop the lithium, but I can say that in your case a second medical opinion seems wise.
- Natasha Tracy

How to get rid of sweating. I'm bipolar

Hi Nalza,
That depends on why you're sweating in the first place. It may be a medication side effect in which case it will have to be addressed with possible medication changes.
- Natasha Tracy

I have the same issue. i get hot flashes that are beyond my knowledge of handability. im to young for menapause. so i talked to my doctor, and was told it could be from the medication as well, but also when the heart rate starts increasing it can cause the over heated sweating effect. mine (over heating) gets to the point where i feel i cant breathe. which kind of causes the issue to get worse because im freaking out i cant breathe. which turns into a panic attack. thusly my dislike for warmer weather. i like the cooler weather because of it helps me breathe especially when during a sweat over heated episodes come on. -If any of that made sense. lol