Can You Self-Harm and Not Have Borderline Personality Disorder? 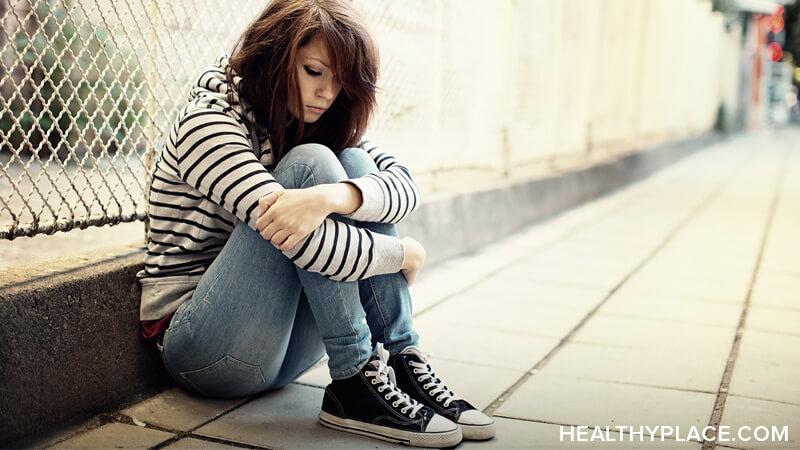 A History of Self-Harm But Not Borderline Personality Disorder

I have a history of self-harm but I do not have borderline personality disorder. This seems to trouble some people. In fact, online, people like to yell at me that I can't have bipolar disorder because I have a history of self-harm. I don't know why people find this something to yell about, but I assure you, just because you self-harm doesn't mean you have borderline personality disorder. In fact, it doesn't necessarily even mean you have a mental illness.

According to the Diagnostic and Statistical Manual of Mental Disorder, Fifth Edition (DSM-5) borderline personality disorder is diagnosed on the basis of (1) a pervasive pattern of instability of interpersonal relationships, self-image, and affects, and (2) marked impulsivity beginning by early adulthood and present in a variety of contexts, as indicated by at least five of the following:

Now I’m not going to go over my whole history, but suffice it to say, I don’t even meet main criterion one or two let alone enough of the others.

Bipolar disorder is very different than borderline personality disorder. It’s primarily a mood disorder (Mood Disorder Questionaire) and just because you self-injure, that doesn’t mean that you can’t have it.

(Please note where self-harm is concerned, it’s important to realize that self-harm is quite common and doing it does not mean you have a mental illness. You might, but then again, you might just be using an unhealthy coping technique. Either way, though, self-harm should always be taken seriously and be treated by a professional.)

APA Reference
Tracy, N. (2018, June 28). Can You Self-Harm and Not Have Borderline Personality Disorder?, HealthyPlace. Retrieved on 2020, July 4 from https://www.healthyplace.com/blogs/breakingbipolar/2018/6/can-you-self-harm-and-not-have-borderline-personality-disorder

I’m lost, I show signs of this disorder mostly because of my self harm, emotional instability, anxiety and dissociation, suicidal ideations and gestures, major mood swings/reacting to things intensely. The problem is it just seems like plain old teenage girl with depression symptoms. I feel like no one takes me seriously when I say I want to die because I say it so much but I go through phases within a day where I want to die and then I do and then I want to again. It got so annoying going back and forth i set a day and plan for myself that i was going to do it but even so I feel unsure. I feel so different from day to day. One day I’m feeling good about myself and like I can achieve things and then later that night I am cutting and imagining suicide. It gets to a point where I’m so used to the concepts of self harm and suicide that I get so comfortable with it... I feel happy right now writing this, not scared or sad or empty. I’m probably gonna go to sleep and wake up like I never hurt myself or thought about killing myself. I’ve given up on therapy cus my therapist doesn’t seem to be worried when I tell her I’m suicidal and she wants to talk about things that aren’t relavent and I have no motivation to play those games. I’m so happy that I got to let this out, I’m gonna go to sleep now.

Hi Kiley,
Thank you for commenting. I'm not a licensed professional but it doesn't sound like "plain old teenage" anything to me. It sounds like something that needs to be taken seriously.
If you can, I recommend getting a new therapist. Also, you can see a doctor and talk to him/her about how you're feeling. Also, there are hotlines that you can talk to and they may be able to offer you additional resources: https://www.healthyplace.com/other-info/resources/mental-health-hotline-numbers-and-refer…
(Note that you do not have to be suicidal to call the National Lifeline, at the above link.)
Don't give up. You don't have to feel this way. Reach out for new help. You can do this.
- Natasha Tracy

The people getting angry at you are typical of many who have no education/training in mental health, yet based on opinions or beliefs think they are experts.
There is also a very annoying "fad" I have seen in social media. People seem to have grown very fond of labeling everyone they don't like as "narcissistic" (as in the personality disorder). I never bothered to count, but I'll bet that word has been used millions of times. There is even a page on FB that contains opinions that one can "tell" a narcissistic person by their number of posessions, particularly when they have a great deal of new items! One does not dare dissent, lest they be "flamed" by members of this group, who of course, know more than anyone. No treatment has yet been devised for this sort of stupidity!

"Let me tell you somethin', folks; you can't fix stupid. There is not a pill you can take, there's not a class you can go to. Stupid is forever."
Ron White (comedian).