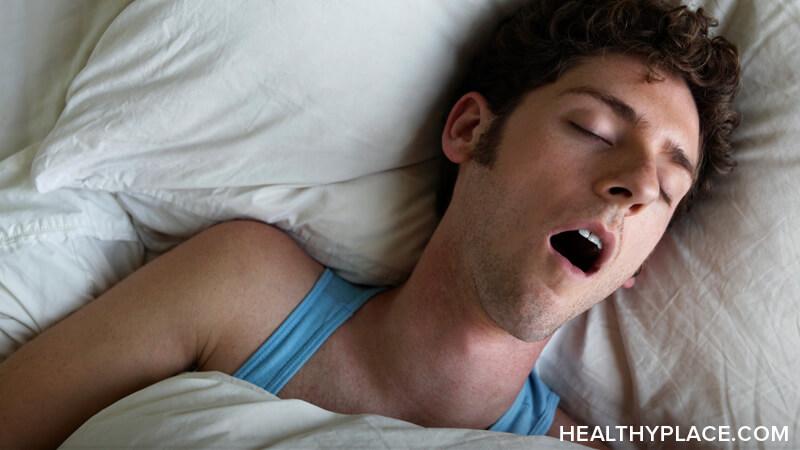 My Recent Experience with Sleep and Bipolar Affecting Each Other

Recently, I've been experiencing various types of insomnia. I have a hard time getting to sleep and then I ten to wake up early (hello 2:00 a.m.). I suspect this insomnia is a product of my bipolar disorder and increased anxiety. And it's actually kind of odd because I used to experience more hypersomnia (sleeping too much) because of bipolar disorder. But, as I always say, bipolar is a moving target.

In this case, my bipolar has affected my sleep causing insomnia. My sleep has affected my bipolar disorder by destabilizing my mood. My mood is now mixed and even dissociative. It's really, um, weird. I know that's not exactly a technical term, but I feel more crazy than usual. That's being sleep-deprived for you, I suppose.

Of course, science doesn't know exactly why bipolar disorder affects sleep, but we sure the heck know it does. Both insomnia and hypersomnia are symptoms of bipolar disorder.

In other words, if you have bipolar disorder and you experience sleep disturbance, well, you're pretty much like the rest of us.

When you don't sleep well:2

What to Do About Bipolar Disorder Affecting Sleep

I have noticed the bipolar and sleep relationship for many years which is why I prize my schedule and my sleep. And that is my number one tip with capital letters: get on a sleep schedule. Go to bed at the same time every night no matter what. Get up at the same time in the morning no matter what. If you do this one thing I promise you, you have a 99 percent chance of seeing your sleep and bipolar improve. No, it won't necessarily solve all your problems and additional treatment may still be needed but chances are very good it will help.

And, of course, if you're having trouble sleeping, you should always be discussing that with your doctor as additional medication or a medication change may be needed. For me, I need a combination of tools to deal with sleep. It's okay if you do too.

I am very sensitive to the seasonal changes which affect my circadian rhythm and in turn my bipolar. If I am not careful I can become quite manic during the summer. In stark contrast to the winter months where I struggle to get out of bed. Even after a pot on strong coffee!

~ I take an 'over the counter' Benedryl and 2 Magnesium Bisglycinate Tablets every evening; I finally have a guality sleep every night after suffering with insomnia for untold years; without sleeping pills. Insomnia is a terrible thing to deal with. It effects every area of ones life ~

Hi Margaret,
Thank you for leaving a comment. You're right, it does affect every area of one's life.
Understand, though, Benedryl is not without risk. Its constant use has been linked to dementia. Please read this: https://www.medicalnewstoday.com/articles/288546
I suggest you talk to your doctor about that if that is of concern to you.
- Natasha Tracy