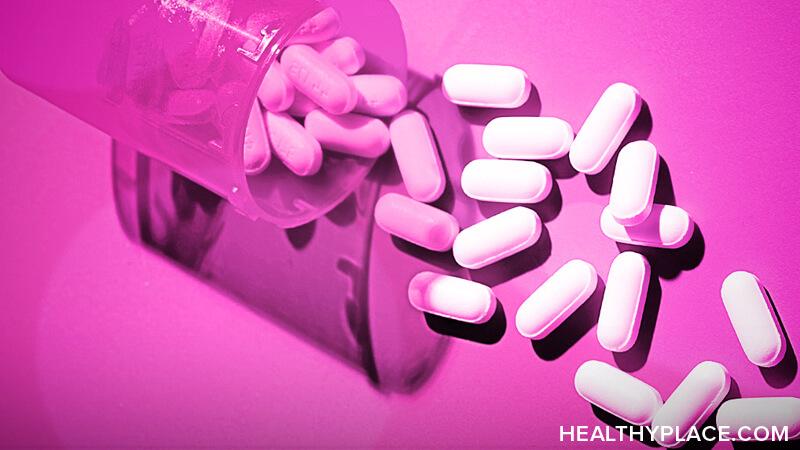 Why Do People Want to Get Off Bipolar Medication?

People want to get off bipolar medication for several reasons, but three big ones are stigma, side effects, believing they don't need it.

Getting Off Bipolar Medication Is a Bad Idea

But the fact of the matter is, you need bipolar medication to be well. This is true for 99.9 percent of people with bipolar disorder I or bipolar disorder II. I can't say it's true of every person on the planet, of course, but I can say that you, and I, probably fall into that 99.9 percent.

I've seen it happen over and over again. A person falls victim to one of the above three trains of thought and convinces themselves they would be better off without medication. Initially, they are okay. Initially, they do well. They don't know why they were on medication for so long. But then, little by little, they fall, and inevitably, they end up in the hospital either because of a suicide attempt or psychosis. And as anyone who has been there can tell you, it's a very, very long and painful climb out of that hole. When I tell people not to go off bipolar medication, it's because I don't want people to have to experience that.

When Is Going Off Bipolar Medication Not a Bad Idea?

I can think of two times that gett off bipolar medication isn't a bad idea:

In both cases, any attempt to get off bipolar medication must be done with strict medical supervision. A doctor will be able to advise you on how to get off medication safely and be there in case something bad happens. Even with help and in those cases, though, it doesn't mean that getting off of bipolar medication will be successful. Unfortunately, failure in this regard is always an option.

In short, don't even think about trying to get off bipolar medication by simply throwing your medications out the window. I understand that impulse -- I've had it myself -- but it won't serve you. The best thing you can do (assuming you're not in one of the above two very specialized groups) is to be honest and open with your doctor and explain why you are in such distress over your medication. Be clear that you cannot withstand its lack of effectiveness if that's the issue or its side effects if that's what you're concerned about. Be clear that you need a change to happen. Don't let a doctor sweep your concerns aside. Your concerns matter, and if handled correctly, they can improve your treatment outlook. The answer isn't no medication; the answer is better medication management.

Why Looking Forward with Bipolar Is So Hard
Outthinking Bipolar Disorder
Tim Johnson
August, 10 2022 at 4:37 am

Are there varying degrees of bi polar such that if you have a less severe case then doing without medication is a possibility?

Hi Tim,
There are varying degrees of bipolar disorder severity, yes. Is it possible that a less severe manifestation of bipolar be treated without medication? Maybe. This is very, very rare, however. If you wish to try this, please make sure to do it under the supervision of a psychiatrist.
-- Natasha Tracy