Create a Support System When Coping with Depression 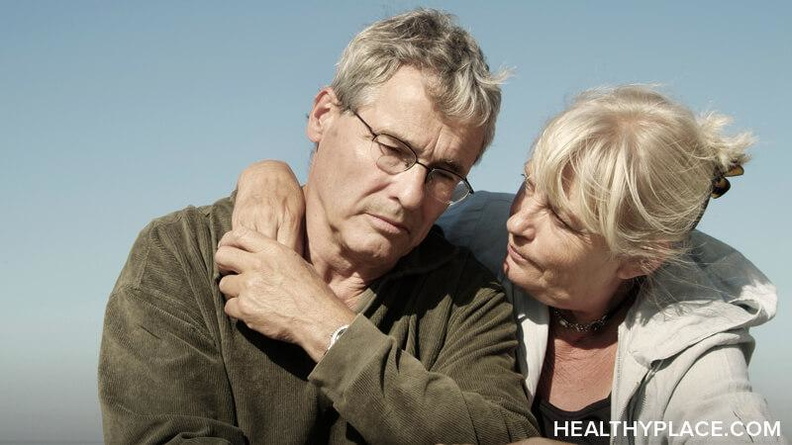 A support system is a network of people who provide an individual with practical or emotional support. Along with CBT (cognitive behavioral therapy) and depression medication (if prescribed), a strong support system is key to coping with depression.

Depression is a very frightening and lonely place. While depression is a diagnosable, treatable ailment, it is also a menacing, shadowy room where dark emotions go to play with your mind. A good support system is like a window in that room, providing light and warmth.

My First Support System for Coping with Depression Was Tiny

When I was first diagnosed with chronic depression, my support system consisted of my medical professional(s) and my husband. I suffered in secrecy. I didn’t dare tell a soul about my depression, nor did my husband. What a burden it must have been for him, though he never complained. He stood by me, often times feeling helpless, wanting so badly to alleviate my pain yet unable to do so. He looked after our three young children, cooked and cleaned, while still going to work himself. He took phone calls and made excuses for me, begging off family engagements, running interference to keep the cruel world at bay.

A few very close friends and family noticed my absence and tried to reach out. When I spoke to them, they no-doubt detected the change in my otherwise cheerful disposition. To them, I pretended that all was well.

Expanding My Support System for Depression

After my husband, my big sister was the next person to whom I told the whole truth. In her heart of hearts she knew there was something horribly wrong. To her credit, with quiet persistence and gentle insistence that it wasn’t a cold or my stomach or any other every day ailment, she broke through my veneer. She helped temper the shame and weakness I felt with sensibility and logic and so much more.

I realized that suffering in secrecy only made the suffering worse. With every person I (eventually) let into my confidence, the suffering became that much more endurable. I still suffered, don’t get me wrong, but I could be myself – at least with the people I chose to tell. The burden of being fake, of living a lie, was lifted. Not only did it help me, but it also helped my husband who no longer had to bear all the weight of knowing and dealing by himself.

It only takes one person--a friend, a neighbor, a voice at the end of a phone-in help line. It takes a leap-of-faith and a great deal of courage. A strong support system is essential to coping with depression.

Practicing Positivity Can Help With Depression Remission
Get Involved and Help Others to Treat Depression
Dr Musli Ferati
September, 20 2013 at 9:38 pm

Once again, psychiatric treatment of depressive disorders underlines complex medical and psycho-social intervention. Your genuine experience confirm the above-mention statement, where social network system undertakes crucial role and place. This social context ought to be amicable and supportive, in order to help the current psychiatric treatment of this hard emotional disorder. Even though medication might be appropriate, without a supportive network social milieu, the treatment of depression would be temporary and unsatisfying for respective patient and its close relatives, as well. This observation is in concordance with up to date intention of psychiatric treatment: it is necessary to restore the personal. professional and social abilities of depressive patient. which ones where distorted by depressive attack. In this direction, anyone can to help, but the contribute of close friend and relatives is indispensable.