Coping with Depression's Ups and Downs 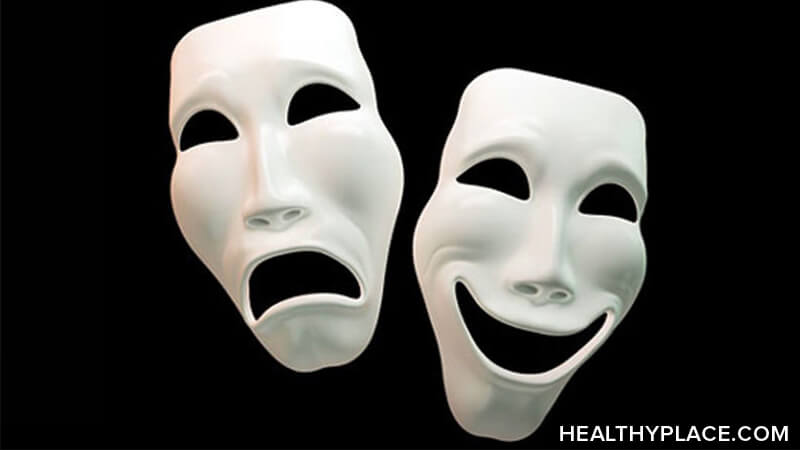 I’ve never been one that enjoys roller coasters, whether it's a theme park ride or depression's ups and downs. I do not consider it fun to be shot high into the sky and then hurled quickly back toward the ground. I can avoid almost anything that remotely resembles a roller coaster, except I am unable to escape depression, along with all of its ups and downs. The Depression Roller Coaster firmly locks me in place.

Learn Your Pattern of Depression's Ups and Downs

I tried to run away from depression when it first showed up at my door. I wanted to believe that I was just tired or simply feeling down. Eventually, I had no choice but to acknowledge its presence when I ended up at a local hospital after nearly taking my life. That was as down as I have ever been.

Depression pushed me so far down that I almost did not return; however, a week of inpatient psychiatric care started me on a path to better days. I started taking antidepressants and having regular therapy visits. Things were going well and I was up for a while. I believed the down days of depression were behind me, but I was wrong.

Most of you who battle depression probably know, as I discovered and now know all too well, that an up mood can quickly plummet into a down one. It is quite frustrating and painful to feel as if victory has been so cruelly snatched from our hands yet again by the vicious enemy known as depression.

When You're Up, You Must Plan for the Ride Down

Often, we don't know what causes us to go from having pretty good days coping with our depression to bad days; depression's ups and downs aren't that predictable. Sometimes, it's due to the changes in our brain chemistry, which we already know is an issue for those of us with depression. There have been other times, however, in which I've been able to pinpoint what happened that caused me to go from having an up day to a down day with depression.

Sometimes it's been because someone has said something hurtful to me; other times it's because I haven't gotten enough sleep. I also realize that I struggle more with depression's ups and downs if I don't exercise or if I don't carve out enough time for myself. I've learned to identify my triggers. It's important that we know how to do that so we can be well-prepared to cope with depression triggers when they happen.

How I Ride Depression's Ups and Downs

When I know that my down day with depression is due to the simple fact that I have major depressive disorder, I give myself permission to take it easy. I rest and do something nice for myself. If I'm struggling because of something someone said, then I practice using the techniques I've learned in therapy. When I need more sleep, exercise, or time spent on self-care, then I do my best to practice self-discipline and make those things a priority.

Learn what triggers cause down days of depression for you; then be sure to prepare for those days while you're in an up and have more energy and more mental capacity to do so.

Indeed I know how don can be triggered quickly. I had a friend end our friendship back in January which sent me into a MDD spiral. I thought I was doing better until yesterday when I saw an updated photo of him. He looked healthy and happy. I immediately questioned how he could look so happy when I am so miserable. Even today I have no motivated and lots of tears.

I'm so sorry. Pictures don't always tell the whole story. Also, remember that you are a person of value, and you deserve friends who will stand by you. I've chosen to let certain "friends" move right out of my life, and that has allowed new friends to move into it. I hope you can find your new circle of of support and true friendship.

The triggers come quickly. Sometimes not always the same ones. For instance, I am 56 and decided to take a beginners course in Spanish. Yesterday I realized everyone was beginning to understand, except me. I felt funny and anxiety started rushing through me. I wanted to leave. That trigger has led to my depression all day. Tried to exercise but was not in the mood.

It took a great deal of courage to start a foreign language course. I know it's an anxiety-inducing event when you feel like the only one who doesn't understand, which can certainly exacerbate your depression. I hope you'll keep at it and be patient and gentle with yourself.