The “Insanity” of Anders Behring Breivik

Infamous Norwegian terrorist, Anders Breivik, who is currently being tried for mass murder was finally declared by a psychiatric board last month to be criminally “sane”. This is opposed to an earlier conclusion that he suffers from Paranoid Schizophrenia, and was undergoing psychosis during and after the attacks. The earlier conclusion had very little evidence to support it, and was possibly motivated by a legal system in which it is easier to hold someone indefinitely if they are deemed criminally “insane”. 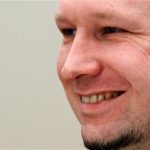 I have read nothing concerning Anders Behring Breivik that would convince me that he has ever been psychotic, or in any way suffers from symptoms similar to that of Paranoid Schizophrenia. His actions were calculated and methodical and his motivations were brought on from an extremist political ideology and lack of empathy, rather than that of schizophrenic hallucinations and delusions.

Increasing the Stigma of Schizophrenia

The branding of Anders Behring Breivik as a Paranoid Schizophrenic is an insult to anyone suffering from this disorder. If the Norwegian government wishes to circumnavigate their maximum prison sentence of 21 years, then they need to do so in a way that doesn’t humiliate and demean people with mental health problems.

Paranoid Schizophrenia is an increasingly treatable illness, and people suffering from it are more often living quality lives. There will never be a treatment or cure for terrorists, who's only motivation is that of sadistic pleasure. A man such as this has no place in any psychiatric facility, because they are beyond treatment. There will never be a pill or method that can treat evil, not this year nor in the next century.

Having once briefly resided in a scandinavian country, I have always respected their record on human rights. The basis for their legal system is that every criminal deserves a second chance in society, and was never intended for men such as Anders Breivik. What confuses me most about their system is why a sane criminal should receive a second chance at life, as opposed to a criminal whose motivations are related to their mental health.

It is the fault of the Norwegian government for making it difficult to appropriately punish a remorseless terrorist. In no way should people suffering from Schizophrenia be unjustly demeaned to cover the mistakes of their legal system. Such actions will only further the stigma related to people with schizophrenia and thought disorders and ultimately damage everyone. This battle is between Norway and Breivik, and in no way should have ever involved the word "Schizophrenia". Scapegoating people with mental health issues is the only insanity you will find in this case.

The tragic occasion of Breivik assault convinced once more the possibility of abuse the psychiatric diagnosis for forensic reason. Indeed, everyone should to response for its action, whether they are or aren't criminal ones. But in daily trial practice happened often more misundertstanding and misuse on psychiatric entities that eventualy have got any incriminal person. I think, that Breivik indicates as monstrum case of man that intend to escape oneself responsibility by psychiatric expertise, in non professional, as well as inhumane manner. Mental health should,'t be the the manner to give the amnesty to destructive people.