Over the course of the next few weeks, I plan on producing a series of poetry readings about Schizophrenia. The poems are based upon past psychotic episodes and are dedicated to the millions, like me, who suffer from Schizophrenia.

Blast Off To Insanity 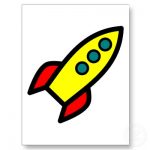 The first poem about schizophrenia that I am releasing is entitled “Blast Off To Insanity”, and is about how people with Schizophrenia are viewed and my indifference to these prejudices. This should be the goal of anyone suffering from Schizophrenia, to accept this burden as a part of themselves, to not listen to public opinion and eventually try to control their Schizophrenia.

Blast Off To Insanity 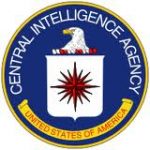 The second poem of this series is entitled “The C.I.A.” and is concerned with a past delusion I had about the C.I.A. following me around Boston. In college I searched my classrooms for hidden C.I.A. cameras because I was convinced they were spying on me. I used to even disguise myself, so as to thwart them from identifying me. Originally I wrote this poem for a halloween poetry reading that I did, so it is a bit dark and creepy.

The Importance Of Gun Control For People With Schizophrenia
The Spectacles of Schizophrenia
Good girl now
July, 10 2014 at 11:36 am

Good poetry! I wrote and illustrated a book of poetry, but I threw out all copies of it when I became manic and delusional. Would love to have a copy now! Oh, the things we do!

Poetry, is the therapy of the disturbed.

I read some of Dan's blog and heard his poetry. It was interesting but mostly helpful and good. Thank you. Always helpful
Charles

My mind is misgiuded. At times I misgiude my own mind. Fear striken is my futre. disbelief in honest. Waverying between wrong and right. Loseing sight of who I am.And my thoughts are all I have.
This poem is expert from the chapter struggleing times in my self published poetry book DREAMS. Tj Van Gelder