It turns out that my skepticism was misguided. Father Rich Jakubik, a psychologist and priest at St. Francis Xavier Parish in Wilmette, says the spiritual epiphanies or transcendent experiences of people with schizophrenia and schizoaffective disorder should be taken seriously. Even though there may be a mental health aspect to the experience, the meaning the individual connects with that experience is what is most important, he says. It’s not so much about is it real or imaginary.

Colleen Ambrose, spiritual director at St. Francis Xavier Parish, agrees. She says we shouldn’t dismiss people’s experiences. As a spiritual director, she meets with people one on one to help them reflect on their lives and their relationship with God.

Schizoaffective Disorder, Spirituality, and the Imagination 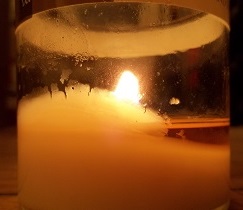 When I asked him about indigenous cultures who regard schizophrenics and people with schizoaffective disorder as shamans, Father Jakubik says that is definitely plausible. He points out that many saints in the Catholic tradition had a mental illness. God (The Heart of God's Love), he explained, can work through our mental and emotional challenges and, in some ways, those challenges can be a strength. “People with mental illness are more open to connecting with a higher power,” he says. We hear about such experiences from just about every culture and religion across time.

Ambrose says faith (Eight Tips to Boost Faith and Bust Fear) helps us cope with illness. “It helps us be with whatever is in a way that is life-giving for us . . . we change in how we are with it,” she says. The diagnosis—whatever it is—may not change but people change in terms of their relationship with the diagnosis. She also references research involving the benefits of meditation to the brain. As far as miracles go, she says, “We’re often surprised by God if we let ourselves be.”

“I think there are many different kinds of miracles,” Father Jakubik explains. “Miracles can be any type of encounter where we feel love . . . or get a sense of something greater than ourselves.”

As far as healing, that isn’t necessarily a miracle; Father Jakubik says that “faith and spirituality are great tools to help manage mental health issues” such as schizoaffective disorder in that they provide people with a structure in which they connect to other people, connect to something greater than themselves, and connect to a source of love and compassion in which they can express their thoughts and feelings.

I certainly learned a lot from talking to Colleen Ambrose and Father Rich Jakubik. Let me leave you with a nugget of wisdom from Ambrose that I think can help us all find our way through whatever we have to get through in a day or in a lifetime. “There is a basic goodness in life . . . trust in life.”

To the many on the journey of trying to hold it together and suffering from a mental illness, I will connect up to the angels that accompany me for peace and hope for all in these difficult times. Bless you, all, and Luv and light. Never give up on what you guys are capable of. Be strong, be hopeful. I hope we find the true meaning behind why our minds become twisted and our abilities of artistry come forward and shine thru for all. Luv and light to allkxxx p.s. Please if you feel like giving up .....DON'T for there is someone out there that can listen and support you all.

Dear Kathryn, Thank you for your beautiful comment. May God bless you. Best, Elizabeth

I have schizoeffect disorder and I have the most amazing illusions and visions dreams sleep paralysis lucid dreaming I've experienced it all I'm very religious and spiritual and I see energy when I look in the air. But I'm stuck in a pshyc ward with my son being threatened to be taken off Me. I hate this world

Dear Ellie, Thanks for your comment. I've been in a psych ward, and I know how unpleasant it is. I'm sorry to hear that your son may be taken away. You may need to consider what you're prepared to do to keep him in your life. Your last statement makes me afraid you may have suicidal thoughts. If you do, please talk to one of the professionals in your psychiatric ward or contact: https://suicidepreventionlifeline.org/ Thanks again, Elizabeth

Ellie. I don't know U but I just want to tell U never ever give up. What ever your going thru must be very difficult for U and if I could take away your pain I would. I am going to light a candle and think of U. Blessings 🙏 to U luv and lightkxxx

Dear Kathryn, Thank you for your comment. I would really appreciate it if you would light a candle for me. Blessings and love and light to you too! <3 Elizabeth

Kathryn, I got mixed up. Some people call me Ellie, so I didn't realize at first that you were leaving a comment for a previous commenter. Sorry about that! Elizabeth

Dear Kathryn, Thank you for your comment. I'm sure Ellie appreciates it. Best, Elizabeth

I leveitated i want some to do a meditation research study

Hi Griffin,
It sounds like you might be experiencing psychosis where you're misunderstanding reality. This does _not_ mean you are crazy. This means you are experiencing part of an illness.
You should reach out for help immediately. See a doctor or walk into a hospital and talk to someone.
You can also call a helpline. (You don't have to be suicidal to call. They will help anyone.) https://suicidepreventionlifeline.org/
I know it can be scary to feel these things, but people can help you.
- Natasha Tracy
- Blog Manager

I can't get my girlfriend to come home for help she has put me right in the middle of all these illusions. I know she's hurting. Please email me.

I would like to do talk to someone of the spiritual occupation like this. I have come so far through my schizophrenia in the last eight intense years on my own. I have been through intensely high times, and I know... that emotional feelings that accompany these thoughts are meant to be. I know I'm more powerful than a mere sidetracked psychology grad with a mental disorder. The trouble is that I am so spiritually tired that I can't even do so much as to pinpoint the words I need to fully express how I feel to you. I stopped above at I know. Or is it mental control?? I am not deep in the throws of mania, I am coming out of my 'high' with intense personal and social understanding each time, but this time, rather than be depressed, my meds, Seroquel, and my thoughts, which center truly around an ending, a denuement for my mentally ill story, have seemed to propell me enthusiastically into an optimistic search for social supports.
I don't want to lose this momentum and I would greatly welcome feedback from priests, experts like yourself, and your friends. Furthermore, since I'm an emerging writer, I want to introduce myself. I need so much guidance and perseverance there. It can be so hard to write when you become disenchanted with a scene, and I have a lifetime habit of spreading myself to thin and trying to expand my writing to blog. It seems like everyone else gets to be that productive, why can't I? It seems that time has waged a war against me. Nonetheless, I will succeed in making the war known.

I am sure you will succeed.