Stigma Against Schizophrenia and Schizoaffective Disorder

What Does Stigma Say About People with Schizophrenia or Schizoaffective Disorder? 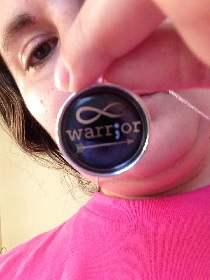 Well, technically, there are as many ways to be with schizophrenia or schizoaffective disorder as there are people who have these illnesses. I can tell you what we are not: we are not any more violent than the rest of the population. Actually, we are more likely to be the victims of violent crime than the perpetrators of it (Schizoaffective Disorder, Schizophrenia and Violence).

Here’s the part where you might say (or silently think), “But, Elizabeth, don’t the voices in your head tell you to kill people?”

The answer is a resounding “No.” The voices in my head have said many weird and unpredictable things, but they don’t tell me to kill people. Sometimes they’re even funny—like the time when they were singing songs from Grease at me (Schizoaffective, Schizophrenic Voices Can Say Good Things).

Why Does Stigma Against Schizophrenia and Schizoaffective Disorder Hurt So Much?

Any stereotype hurts. But especially lately I’ve been getting more and more ticked off that I can’t be more open about my schizoaffective disorder. For example, if I’m hearing voices at my job, I can’t exactly tell someone in charge, “Hey, I’m hearing voices, I need to take five to calm down.”

It would scare people. So, in the past, I’ve made up excuses about what’s happening to me. At one job years ago, I told people I was hypoglycemic so that when the voices hit I could inform my boss that I was having a sugar crash and needed to go eat something. Usually, getting away from work in the time it took to have something to eat would calm me down enough that the voices would go away.

It sucks to have a serious illness and not even be able to get real with people about what’s happening to you. A lot of people still don’t think mental illnesses are “real” illnesses. They tell me to “be happy” or “not worry so much.” I know they mean well, but if I could “just snap out of it” don’t you think I would? Do you think I want to live with this crippling fear and depression?

Some people are insensitive. And they’re particularly insensitive when it comes to mental illness. That’s why this blog is so important to me. And that’s why I want to thank so many other friends and my family for their constant support and their love. Stigma against schizophrenia and schizoaffective disorder hurts but they help blow away the stereotypes.

I applaud you for doing this. You are totally correct about the stigma. I have a different mental illness, and you educated me about yours. Thank you for that.
I am a veteran (18 years) teacher living with Bipolar Disorder. I get deeply depressed and, very rarely, hypomanic. It's not uncommon for me to cry at work several times a school year.
When the students come in and ask me if I'm okay because they say I look like I've been crying, I lie and say it's allergies. I'm grateful that they are polite enough to pretend they believe me.
It's more difficult with my bosses, though. They refuse to pretend it's okay. They're concerned that I might worry the students, and my bosses have compassionately offered me to take off half an hour up to a few days to take care of myself.
What is wonderful about working with children is that they're so cheerful and at least a few-usually a lot of them-are always glad to see you.