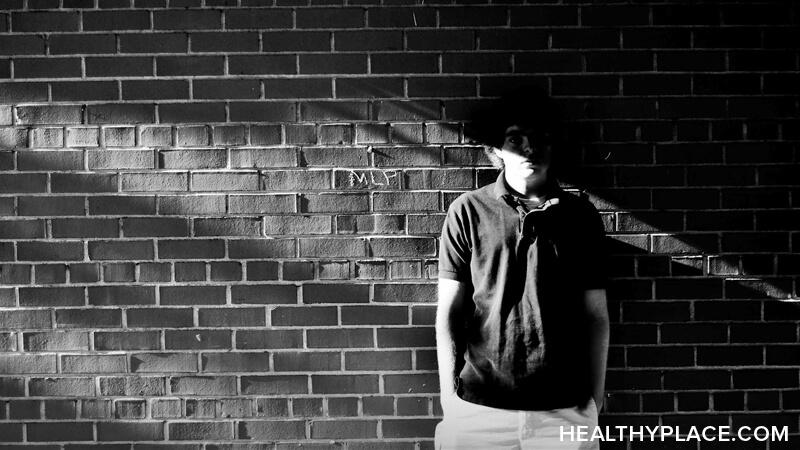 Like a lot of people with schizophrenia or schizoaffective disorder, I make use of the mental illness disability benefit. And I’m really scared of Donald Trump’s proposed budget, which seeks to cut funding for those who are on social security due to a disability. With all his proposed policies, I can find no other conclusion than that Donald Trump wants to punish people for being sick. But it’s not just him. When it comes to mental illnesses such as schizophrenia or schizoaffective disorder, a lot of people don’t understand why someone wouldn’t be able to work. People don't understand why those with mental illness would need the disability benefit.

Mental Illness Disability Benefits in Danger Due to Stigma

People don’t want those with a serious mental disorder such as schizophrenia or schizoaffective disorder to get disability benefits because it’s “just” a mental illness. There’s no reason we shouldn’t be able to work, the argument continues. That’s stigma. Here’s why.

A lot of the reason I had to stop working and go on disability for my mental illness is that I would hear voices on the job, and hearing voices itself is so stigmatized I couldn’t tell anyone I was hearing them, yet I needed to take a time-out. When I worked at a local bookstore several years ago, I would say I was hypoglycemic and having a sugar crash. Yes, I lied. But I was forced to lie about mental illness because of stigma.

People with schizophrenia and schizoaffective disorder may have a hard time managing their symptoms, especially in a stressful environment on the job. They are stuck in between a rock and a hard place for the same reason I was. On the one hand, we can’t confide in coworkers about our symptoms. On the other hand, we’re expected to work—even with symptoms we can’t tell our coworkers about—because we don’t have a “real” illness. I’d say that hearing voices is a pretty real symptom.

Will Mental Illness Disability Benefits Be Available in the Era of Trump?

When you’re on disability, you’re allowed to work, but not to make over a certain amount of money. So after I got on disability, I did keep my part-time job working two nights a week as a receptionist at my church’s parish office. That job was perfect for awhile, but then problems with hearing voices as well as feelings of wanting to hurt myself because of stress took over, even on this simple job.

Once I got better with the help of a hospital out-patient program, I started feeling guilty about quitting the church job, and I was at my peak of guilt when Donald Trump’s budget and the proposal of slashing social security disability was unveiled. I was so scared and felt so guilty and worthless that I wanted to go back to the hospital program, but the co-pays had been so expensive and I couldn’t repeat them. I just white-knuckled my way through it the following weeks. It was a very hard time, and it wasn’t that long ago.

But the support of my husband, my parents, and my therapist got me through it. I really don’t think Trump’s budget proposal is going to make it through the legislature, and I highly doubt his healthcare bill is going to pass the Senate. But one thing’s for sure: he has made being an American very scary, and it was already scary enough for those of us with schizophrenia or schizoaffective disorder.

If reading this has triggered urges of self-harm for you, visit Suicide Hotline Phone Numbers for resources.

How long did your disability claim take to be approved? My daughter is a single mom to my 9 yr old granddaughter, is Type 1 diabetic for 30 years now, and recently diagnosed and on meds for bipolar depression. We are told the process could be another year or more. How in the world can one survive while waiting that long for disability to kick in??!!!

This scares me! I have Bipolar II Rapid Cycle and recently have been talking with my doc to see if I can continue working. I've worked since I was 15, I was diagnosed 10 years ago (I'm 39 now) and have never considered not being able to work. My husband is a disabled vet who does receive a small monthly payment, but he is unable to work due to his PTSD & Panic Attacks. I am the only full time source of income, and yet my doc is talking about disability and no work. I am stuck between a rock and a hard place, if I cannot work, who will pay for my children's food and clothes? I continue to 'soldier through' because that's what I do, but at what expense to my mental health? The struggle is real and I hope that we will be able to stand united when it comes to our mental health

Thank you for the insight