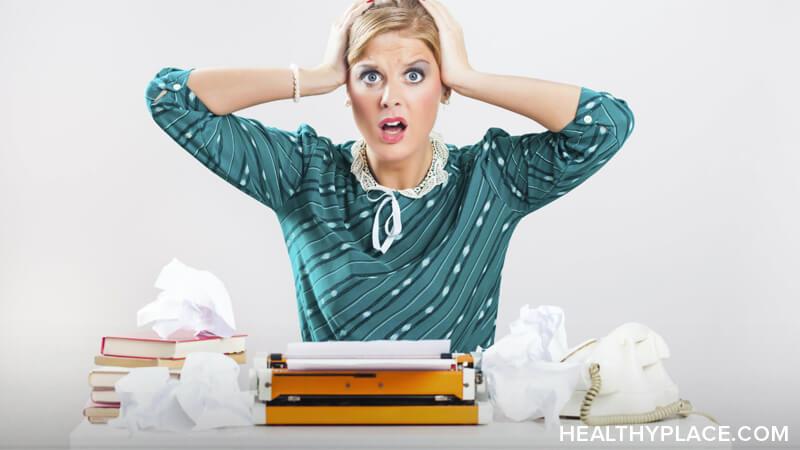 My dad has a way with words. Decades ago, when I started hearing voices, he dubbed them the “Blue Meanies” after the bad guys in the animated Beatles movie Yellow Submarine. And he calls my negative self-talk the musings of “Bad News Betsy.”

First of all, negative self-talk is just what it sounds like--you feed yourself depressing, angry information. You blame yourself for everything. And my source of all that is Bad News Betsy whispering in my ear. This is not to be confused with my voices. I don’t actually hear or see Bad News Betsy. But it helps to think of her as an entity.

The reason it helps to think of Bad News Betsy as an entity rather than an abstract concept like negative self-talk is that I can interact with her, and I can argue with her. I’m not allowed to post here some of the names I call her.

So, what is the difference between a Bad News Betsy and a Negative Nancy? The most obvious one is that you call actual people Negative Nancies, but Bad News Betsy is made up. That said, I think of Bad News Betsy as my own personal Negative Nancy. Aren't I lucky? She’s like the metaphorical devil hovering above my shoulder, telling me awful things, usually about myself. Another thing Bad News Betsy likes to do is regurgitate the past. She loves to walk me through every mistake I’ve ever made in my life.

Of course, Bad News Betsy is the result of a faulty brain. There’s a meme I see a lot on Facebook in which one guy is watching his friend sitting glumly and saying to himself, “I stink.” The guy watching his friend opens up his friend’s head and holds his brain, and menacingly says, “Stop lying to my friend.”

I guess I wish that instead of a Bad News Betsy, I had someone to talk to who tells me to stop lying to myself. Things have been so hard lately, and I’ve had to rely a lot more on my family, especially my husband. Ultimately, though, I have to be me and send Bad News Betsy to the sidelines.

On Top of Schizoaffective Disorder, I Now Have Arthritis
Schizophrenia and Grief: Stage 2