I was so honored to hear I had won a Bronze Award for this blog on HealthyPlace from the Web Health Awards for Summer/Fall 2011! I want to extend and share my congrats to Natasha Tracy (Breaking Bipolar Blog) and Randye Kaye (Mental Illness in the Family blog) for awards received as well!

Over the weekend, I received an email about the work of government agencies (specifically the SAMHSA) and new policy initiatives designed to reduce and prevent behavioral health problems.

Leading Change: A Plan for SAMHSA’s Roles and Actions

The Substance Abuse and Mental Health Services Administration (SAMHSA), is an operating division within the U.S. Department of Health and Human Services (HHS). SAMHSA’s mission is to reduce the impact of substance abuse and mental illness on America’s communities. I really admire their vision to get awareness and education to the public on the four following key topics: 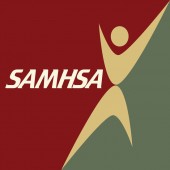 There is a new plan of action for SAMHSA for the next few years (called Leading Change: A Plan for SAMHSA’s Roles and Actions 2011-2014), and I had a chance to review it and want to focus specifically on the Strategic Initiative #1 (There are a total of 8 Initiatives) called the Prevention of Substance Abuse and Mental Illness.

There are 4 goals within this specific Initiative:

Why is Prevention of Substance Abuse and Mental Illness Important?

Substance abuse issues are costly on this nation, and individuals who struggle. The annual total estimated societal cost of substance abuse in the United States is $510.8 billion.

David Shern, PhD, president and CEO of The Bell (Mental Health America) states “There should be no argument about spending money on these programs; they are cost effective. Each dollar invested returns from $2 to $10 savings in health costs, criminal and juvenile justice costs, educational costs, and lost productivity.”

I wish we would see this type of research and comments connected to prevention of eating disorders, or at least early intervention, but alas that is another topic for another post.

Why is Mental Health Parity Important?

Most Adult Mental and Substance Use disorders Manifest before Age 25

These struggles are also affecting people who are young, and where prevention programs can be targeted. In 2009, an estimated 23.5 million Americans aged 12 and older needed treatment for substance use and half of all lifetime cases of mental and substance use disorders begin by age 14 and three-fourths by age 24.7. Each year, approximately 5,000 youth under the age of 21 die as a result of underage drinking.

These numbers should be shocking, and yet we continue to hear news on it, and it in a way can de-sensitize us to the realities. We need to address the youth prevention efforts, and I was glad to read this is the report because I believe community outreach is so crucial to this effort:

SAMHSA will work with States, Territories, and Tribes to support PPCs (Prevention Prepared Communities) in using a comprehensive mix of evidence-supported environmental, universal, selective, and indicated prevention strategies to build greater social connectedness and stronger community cohesion, strengthen families in which future generations will live and grow, and develop a healthier and more effective workforce for the future.

Will the Efforts Make a Difference?

I think it will be interesting to see over the next couple of years which action steps (starting on Page 20) have been taken in this initiative, and how much they has helped make an impact. SAMHSA firmly lays out actions steps for every initiative, every goal, and stays focused on their missions statement and vision. They have clearly stated they hope to reduce the percentage of children and youth age 12-20 reporting past 30 day substance abuse (including improper dosage/usage of prescription drugs), and I would like to extend this to the college community in entirety. I talk a lot about college and binge drinking, and think they are a target market to focus on since in 2009, transition age youth aged 18 to 25 had the highest rates of binge drinking (41.7 percent) of any age group.

If effective prevention programs were implemented nationwide, substance abuse initiation would decline for 1.5 million youth and be delayed for 2 years on average, reducing subsequent problems later in life (Source).

Have you heard about this report? What do you think about the action steps they have laid out?