Am I An Alcoholic?

Addiction comes in many forms: drugs/alcohol, food, sex, money, work, etc., etc. In some respects I do believe we live in an addictive society. It’s like we can never be satisfied with what we have. We have to have more. Often this can produce disastrous results. When you consider the costs associated with addiction, the losses are in the billions of dollars. Healthcare, work productivity, and the legal/penal system are overburdened as a result.

But what about on a personal level? After all, isn’t this where it all begins? 15 million people in the U.S. are affected by alcohol abuse or dependence. So let’s take a look at alcohol addiction from a purely clinical definition. In addiction treatment we determine if a person falls into either an abuse or dependence 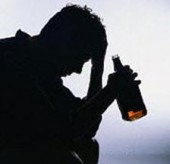 category. The criteria used to determine this is found in the DSM-IV TR (the DSM V will be released in May 2013 ). Essentially, when evaluating someone for either abuse or dependence we are looking at how the individual’s use has affected a variety of major life areas within a 12 month period.. At least three of the following criteria have to be met:

Despite the criteria used or the clinical definition of alcoholism, an individual must look at oneself and examine how his use has impacted his life. The person may be in denial or use other defense mechanisms to protect one’s use. But since alcoholism is a progressive disease, in most cases there will be negative consequences unless the person stops drinking.

So, are you an alcoholic? In the end, you have to be the one to answer that question.

[...] Karl Shallowhorn of our Debunking Addiction blog wrote a post called, Am I An Alcoholic? This got me to thinking about another question that people ask: Am I mentally [...]

Yes I am an alcoholic and have been for many years. Recently I was diagnosed with bipolar and am working on staying dry so I can learn to deal with the bipolar. It is not easy as I am also a drug addict.