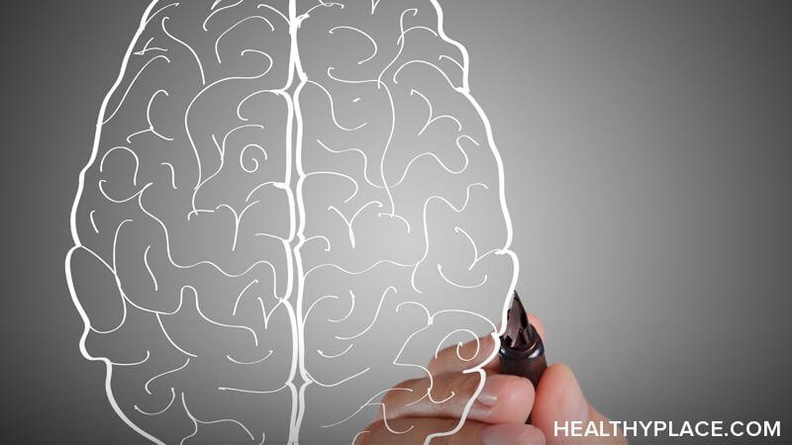 I have a mental illness and an addiction. I honestly didn’t care if I lived or died, during my decade long drug and alcohol addiction. Which is why I tried and failed at sobriety so many times. My addictions co-occurred with a mental illness called bipolar disorder. A depressive stage of bipolar, even sober, can leave me hopeless. I'd lose interest in all the things that mattered to me before. It didn’t matter to me if I got sober. There were no consequences strong enough to make me want to stop because I didn’t care if I ever saw tomorrow. I didn’t make plans for my future because I really didn’t want one. It was a slow suicide.

Why Do Mental Illness and Addiction Co-Occur So Often?

Treating my Bipolar with Street Drugs and Alcohol

I was diagnosed with bipolar disorder at the age of 13. I brushed it off and didn't really know anything about it. Like me, many addicts reach for drugs and alcohol to make up for chemical imbalances of the brain by using. It's a temporary solution that carries many consequences.

I could of went to all the rehabs and 12-step programs known to man, but until I was properly treated for my mental health condition, I could not recover from drugs and alcohol.

Drugs, Alcohol Abuse, and the Brain

The brain adjusts to the overwhelming surges by producing less of its own. As a result, addicts eventually feel depressed, hopeless and unable to enjoy things that were previously pleasurable.

It's a horrible and vicious circle. The very things addicts are using to bring their dopamine and other neurotransmitters up to a functioning level are the same things that are causing the malfunction.

In many cases, it is hard to tell whether a person had a mental illness before their addiction. However, one thing is certain: if you didn't have one before prolonged drug and alcohol use, you more than likely will develop one. In my case, the mental illness was first.

It really doesn't matter which came first, the chicken or the egg. Battling either one of these illnesses, addiction or bipolar, on their own would send even the strongest men to their death or at least their knees. It's only by the grace of God I am alive to write these words to you.

If you or someone you know is suffering from addiction, a great first step is seeking a mental health professional for an evaluation. It's important to remember that if you're prescribed medications for a mental health condition, they will not work properly if you continue to use or if you don't take them as prescribed.

In the 21st century, patients are finding more success with an intergraded approach to co-occurring illnesses. An intergraded treatment combines mental health care and substance abuse treatment under one roof.

Prescription Opioids and Heroin: The US Opioid Epidemic
Emotional Maturity May Frighten Us in Addiction Recovery
Kathy
September, 7 2017 at 5:57 am

Psychotherapy and proper antidepressants, plus regular attendance at 12-step meetings, working with a sponsor, and sharing with others has kept me wanting to live and being grateful for what I have has kept me sane and sober for over 20 years! There IS an simple answer--but it's not easy!