My Dual Diagnosis of Substance Abuse Disorder and Bipolar 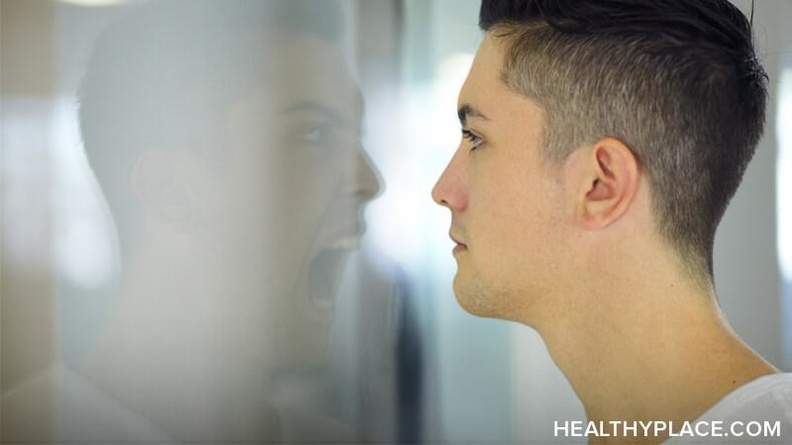 What can a dual diagnosis of substance abuse and bipolar lead to --homelessness., incarceration or broken relationships. I was a walking dead person for a decade, while my co-occurring mental illnesses were left untreated. After receiving proper treatment for bipolar and and my dual diagnosis substance abuse disorder, I have found a fresh hope.

What Is a Dual Diagnosis?

According to National Alliance on Mental Illness, dual diagnosis is a term for when someone experiences a mental illness and a substance abuse problem simultaneously. A person with a dual diagnosis has two separate illnesses and both can be treated either separately or together.

What Led to My Dual Diagnosis of Substance Abuse Disorder and Bipolar?

At the early age of 13, I was diagnosed with bipolar disorder. I self-medicated my bipolar disorder with street drugs and alcohol for over a decade. I developed substance abuse disorder shortly after I started drug and alcohol use. Battling either one of these brain disorders is challenging, but to have them both occurring at the same time was fierce. Treating both disorders was the fight of my life, but a fight worth fighting.

How Common Is a Dual Diagnosis of Substance Abuse?

According to a 2014 National Survey on Drug Use and Health, 7.9 million people in the U.S. experience both a mental disorder and substance use disorder simultaneously. More than half of those people—4.1 million to be exact—are men.

Which Came First, the Bipolar or the Substance Abuse Disorder?

In many cases, it’s hard to tell which diagnosis came first, the mental health condition or the substance abuse. A person’s mental illness symptoms may be so severe that they try self-medicating by abusing street drugs, alcohol or prescription medications. For example, a person who is suffering from anxiety and uses alcohol to try and calm themselves. Likewise, a person with no mental illness who suffers from substance abuse disorder could develop one over a period time because drugs and/or alcohol affects the brain function. So, it’s difficult to tell which disorder came first the mental illness or the dual diagnosis substance abuse disorder.

In what order the disorders appeared was irrelevant to the treatment. Finding the proper treatment, one that addressed both issues, was relevant and ultimately broke the vicious cycle I was in.

Many people with substance abuse disorder are trying to treat an underlying mental illness by attempting to ease their symptoms with many substances. A person experiencing a co-occurring disorder could be addicted to any of the following:

Some of the different mental illnesses people use substances to self-medicate are:

The combinations of substances and mental illnesses is seemingly endless and most people with substance abuse disorder are unaware of their underlying mental health condition. I had no idea what was wrong with me during my active addiction. I was only concerned with receiving momentary relief from my bipolar symptoms.

Treating a dual diagnosis of substance abuse and mental illness is done either by treating the illnesses separately or at the same time. Until the 1990’s people were only treated separately. For example, if a person had a dual diagnosis they could not be treated for their mental health condition until they got sober. In the 21st century, patients are finding more success with an integrated approach to a dual diagnosis. An integrated treatment combines mental health care and substance abuse treatment under one roof.

In my attempts to receive treatment for substance abuse only, I became frustrated by failure. Even sober, my untreated bipolar disorder was miserable. I only experienced short bouts of sobriety while my bipolar was left untreated. Sobriety was done by sheer willpower and was only determined by the amount of time I could stand my bipolar symptoms before using again. ‘Dry drunk’ was just as bad, if not worse than my active addiction.

Opiate Withdrawal Symptoms May Be Soothed with Vitamins
Substitute Addictions in Recovery: What You Need to Know