From Trauma to DID: The Age Factor of Developing DID 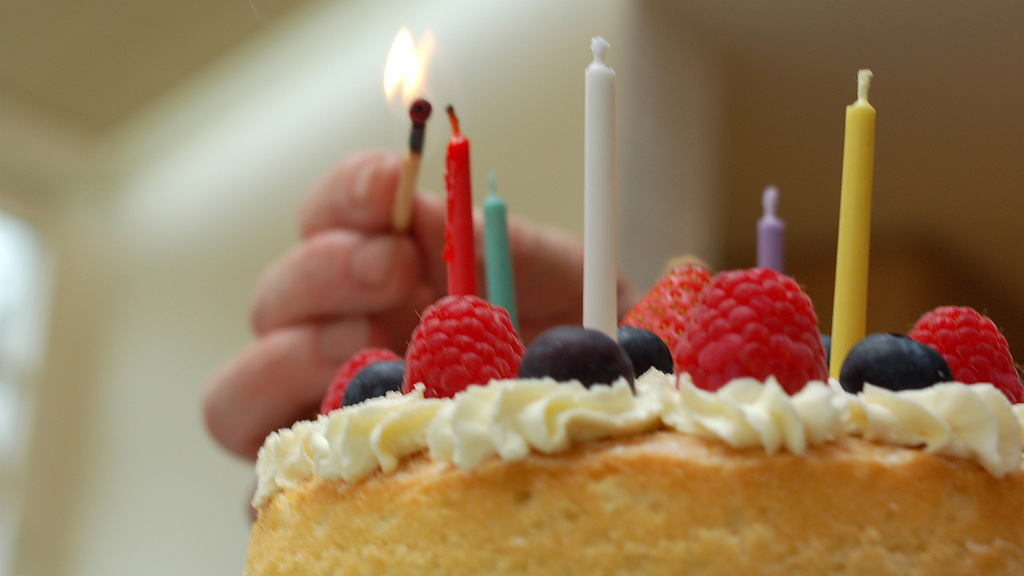 Dissociative identity disorder (DID) is a trauma disorder usually caused by childhood abuse, but we don't often talk about the age factor in the development of DID. I struggled for a number of reasons to accept my DID diagnosis, not the least of which is the hyperfocus on trauma (to the near total exclusion of all other developmental causes of DID) in popular understanding of DID. I couldn't make sense of the fact that I knew people who survived truly horrific circumstances and didn't have DID. Now I know that although trauma is the key ingredient, without which DID - it would seem - simply doesn't manifest, it isn't the only ingredient.

The Age Factor of DID Explains A Mystery

I have a friend who lived through some pretty nightmarish stuff. I've always been grateful that my life has been easier than his. When I was diagnosed with DID, I sought out information, anything that could help me understand what dissociative identity disorder is and how I came to have it. Those initial searches turned up a lot of talk about the severity of trauma, and not much talk of anything else.

In some circles, DID was the Purple Heart of trauma survivors; if you didn't have DID, you hadn't suffered as much. This attitude confused me, especially in light of what I knew about my friend's trauma history. It also scared me into thinking that if I had DID, I must have repressed memories of unimaginable horrors hiding somewhere in my mind. Granted, this may very well be true; but it also might not. I realized this with relief when I took the time to consider the differences between my friend's experience and mine. The key difference was The Age Factor in the development of DID. My friend had a remarkably stable early childhood and lived a fairly trauma- free life until the age of twelve.

The Age Factor of DID Expressed By Sidran

In What is a Dissociative Disorder? the Sidran Traumatic Stress Institute reports:

As many as 99% of people who develop Dissociative Disorders have documented histories of repetitive, overwhelming, and often life-threatening trauma at a sensitive developmental stage of childhood (usually before the age of nine).

In five plus years of research, I've only seen this before-the-age-of-nine specification challenged by those who believe nine is too old. I wouldn't be surprised if there are exceptions, but as a general rule, DID doesn't develop in adults or older children. DID develops in early childhood.

When you think about it, that makes good sense. Identity is highly malleable in early childhood. My friend had time to develop a unified sense of self; one that was still flexible, but loosely defined. At the ripe old age of twelve, when his nightmare began, he wasn't able to compartmentalize his experience to the degree that those of us with DID were. He has post-traumatic stress disorder, but not DID.

Understanding The Age Factor helped me better understand both DID itself and why I have it.

Complete Series: From Trauma to DID

Tags: age factor of DID

APA Reference
Gray, H. (2010, August 26). From Trauma to DID: The Age Factor of Developing DID, HealthyPlace. Retrieved on 2022, December 1 from https://www.healthyplace.com/blogs/dissociativeliving/2010/08/from-trauma-to-did-the-age-factor

I'm just realizing i may have DID, and it's good to have people like you who are helping others understand it! I've done a bit of research and I think it could be possible for people with other forms of neurodivergency or mental illness to develop it later in life due to a different mental/emotional age or due to a difference in the way their brain works, but those would still be outliers. I think you're right in saying that the majority of cases develop at a young age.

I just wanted to say that I appreciate it when people mention that the abuse isn't always sexual
I was horribly abused from age 4 until I ran away at 12
Never sexually, but daily physically and mentally.
I have always lost time, but didn't realize it.
It is heartening to read your blogs
Thank you

thanks Holly for another great topic to expand understanding.
From The denial factor Kerri says; "Never being allowed to mention it or talk changed me, and actually set up the situation where I turned inward and talked to myself. "This struck a nerve, and this topic also applies in the age talking to onesself about what happened I did this later at night 3 4 yrs old. forming the words to put into perspective what was happening at an earlier age was too difficult let alone understand any of it.
Holly says; "I would say that most people with Dissociative Identity Disorder wish to be invisible. That’s part of the nature of DID; it’s designed to go undetected, often even to the system itself."
Talking to myself at night I was invisible even to myself.

I'd wager the age factor is largely dependent on the psychological and neurological makeup of the person. Our case developed much later than one would expect, early teens, but that's because that's when the trauma hit for us and our other disorders make us more susceptible to stress.
That's one of the many reasons why I don't focus on the age factor too much. Especially since it's too often used to erase the experiences of those who developed DID later.
Is it an interesting trend to note? Yeah. But I don't like how often it bars people or systems with DID from diagnosis, treatment and acceptance.

Hi Static Nonsense -
I think 99% represents significantly more than a trend.
There are a lot of reasons why some people develop DID while others who also experienced severe trauma do not. The age of the individual at the onset of trauma is, in most cases, one of those reasons. But one of the popular misconceptions about DID is that the severity of the trauma is the only thing that separates DID from other trauma disorders. That's why I believe more needs to be said about the other developmental factors.
Having said that though, I will say that I believe DID is a unique experience for each person that has it. My developmental factors aren't necessarily the next person's developmental factors. For some people, the severity of the trauma probably really is the only reason they have DID. But no matter the reasons, I believe that examining the origins of DID is important if we are to understand DID. That includes origins that are the exception rather than the rule. No one's experience should be ignored or erased.
Good to see you here, SN. Thanks for your comment.

Emotional age and physical age don"t always "match up". Research can not count those with trust issues who wish to be invisable,unknown. We know all too well. After many years We have briefly talked to a therapist twice,never again.Can there be more like us?Yes.Somethingthings are better left alone. We and perhaps others like us will remain unknown.

Louis - Thanks for your comment. I would say that most people with Dissociative Identity Disorder wish to be invisible. That's part of the nature of DID; it's designed to go undetected, often even to the system itself. People like me, who have chosen to be "out" about their diagnosis of DID, are very few and far between. I say all of that to say that though DID is an exceptionally isolating and lonely experience, you are not alone.
And I agree with you that emotional age and physical age don't always match up. There are so many variables in any human experience. DID is no different. What's true for me may not be true for you. More often than not, it appears people with DID have experienced repetitive, severe trauma in early childhood. But like I said in my post, there are bound to be exceptions. And those exceptions matter very much. They are important to the overall understanding of DID. Your experience is valuable. It is important. It matters.

Dear Jeremy Tarling,
Excellent presentation of the distinctive factors with DID and early childhood. I can relate to your findings and perspective.
Thank you.
Respectfully,
David Harrison
Phd Researcher
Oxford

Hi David -
Jeremy Tarling is the name of the photographer whose image I used. My name is Holly Gray. I can see where the confusion came from, though. Perhaps I made the photo too big!
Regardless, thank you so much for reading and taking the time to comment. I really appreciate the compliment.