Stop Using ADHD as an Adjective -- It Stigmatizes Me 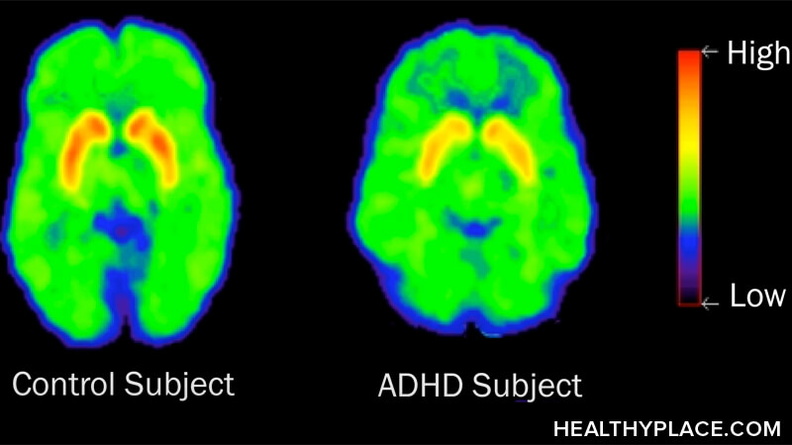 I’m going to start my first post off on my soapbox regarding a pet peeve of mine: mental illnesses or conditions like attention deficit/hyperactivity disorder (ADHD) or attention deficit disorder (ADD) being used as adjectives to describe behaviors, personalities, or people. You know, things traditionally identified as nouns. This post is not the first someone has written about this – and it won’t be the last. It merits repeating. 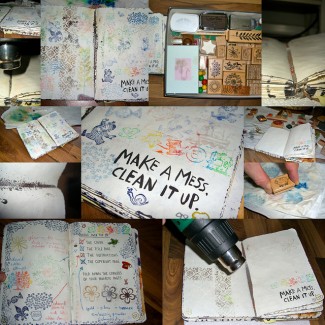 “Oh, I am so ADD” may as well be fingernails on a chalkboard for me. It usually follows an individual doing something careless or forgetful. This individual usually has no diagnosis of ADHD or ADD themselves. I find such comments degrading and ignorant because everyone has moments of carelessness, forgetfulness, and inattentiveness. There’s nothing ADD or ADHD about these lapses. It’s called being human.

Employing ADD and ADHD as adjectives also implies that there is something wrong with those who have a diagnosis of ADD or ADHD because the tone and the intent connected with the use go along with something that is out of order or not normal for the person saying it. If we were to consider ADHD as a disease, then inattention and impulsiveness are ADHD symptoms -- of a disease.

People don’t go around saying, “Oh that was so diabetic of me.” That’s not to compare ADHD to diabetes either – they’re apples and oranges. It’s to illustrate my point.

ADHD Does Not Work as an Adjective

This common practice is irksome because it shows that as far as the diagnoses of ADD/ADHD have come (they’re now so ubiquitous that they’re adjectives), there’s still so far to go in terms of defining them because people only know the stereotypes. No one ever sits and zones out looking at a television or book unaware of the outside world for extended periods of time and then goes, “Oh that was so ADD of me” because it doesn’t fit with their stereotype. Nevertheless, hyperfocus is a symptom many people diagnosed with ADD/ADHD have. Many think it is a side effect of medication but it isn’t. I am capable of hyperfocusing on anything that I find particularly fascinating without medication.

My primary point here is that utilizing mental illnesses or disorders as adjectives to describe a behavior is limiting and degrading. It takes the people out of the picture and recasts them as clowns and encourages the public at large to not take the diagnosis seriously.

What are your thoughts? Are you as peeved by the use of ADD/ADHD as adjectives as I am? Why or why not?

APA Reference
Durham, J. (2014, July 23). Stop Using ADHD as an Adjective -- It Stigmatizes Me, HealthyPlace. Retrieved on 2022, June 25 from https://www.healthyplace.com/blogs/livingwithadultadhd/2014/07/stop-using-adhd-as-an-adjective

Adult ADHD, Work and the Americans With Disabilities Act
Paying it Forward - What ADHD Newbies Need to Know
Atypicalhippy
August, 13 2021 at 2:31 pm

I agree with what you say about flippant identification of behaviours as being ADD or ADHD.
I don't agree that it's a bad thing to have an adjectival usage of ADHD. I just wish we had one that was less clumsy.
The position you are taking on adjectival use is much the same as insisting on 'person with autism' rather than 'autistic'. I imagine you would be aware of the debate on that one, so I won't spell it out.

Thank you so much for sharing these thoughts on the diagnosis of ADD or ADHD. I too find it annoying to hear people say that something they did or said was "so ADD of them", why don't they just say "that was so forgetful of me" or some other phrase to describe their actions or behavior. And Jimmy, you were so spot on to say that people wouldn't say that something was so diabetic of them, as if there is a choice in having either one of these "diseases". I find it so offensive when people tell me that I just have bad "habits", incinuating that I have "control" over my symptoms. It's just extremely frustrating and so incredibly hurtful when even my own family judges me and looks at my symptoms as major character defects, because I certainly would NEVER EVER choose to have this disease, disorder, whatever the diagnosis is to describe the dibiliting symptoms I have and the life struggles I deal with every single day. I am angry and frustrated with my own symptoms and my inability to have better control over them. I'm in tears so many times, because the people around me will not even take the time to truly understand what I go through. If I had cancer or diabetes or if I was blind or had a hearing problem or some physical disability people would be supportive and compassionate, but not so with ADD or ADHD. There is STILL, to this very day, such a stigma about any form of mental illness. So many many people view mental illness, and the symptoms that go along with it, as some kind of excuse that people make for their actions and behavior, this is so unfair. Least I forget those other people that stear clear of you, because as soon as they hear that you have a mental illness (brain function problem) they think you're "CRAZY"!! Having any form of mental illness is an extremely lonely existance, because nobody wants to deal with the symptoms of whatever diagnosis has been given. Well, this has and still is my experience. What people don't ever consider, is that I TOO don't want to deal with my symptoms. Would I choose to be ill from having chemotheray, because I was diagnosed with cancer? Would I choose to have difficulting hearing, because I lost my hearing or was born deaf, or without sight?Would I choose not to walk, because of being born with some physical disability? The answer to all of these questions is of course "NO", so why do so many people think that I have a "choice", as if it all just has to do with lack of "willpower" or "discipline." I apologize for running on so, I know I'm just preaching to the chior.

Thanks Rick! There are still many misconceptions related to ADHD. I've also had many of the same experiences you've described. I like "chaos in my head"; that's a great description!

So very on the head. I was diagnosed with ADHD in 1988. At the time, the social stigma that came along with it was very real. Other children, and even adults, all got that same look on their face when they found out about my problem. A look of misunderstanding and judgement. Some thought it meant I was mentally retarded, others thought I had behavioral disorder. It really makes my blood boil now when people find I still take Ritalin add a treatment. Comments like "Is that so you could get through college?," or "I take one every now and then when I need to stay up all night on a project." It's awfully presumptions to assume that I just casually take narcotics for performance enhancement when I really use it daily just so I can calm the chaos in my head and take care of day to day tasks. When I hear someone say "I'm so ADD," I feel like I was down played a lit. Even dismissed. It's not an attitude, or a lifestyle choice. It's a medical condition, that deserves to be regarded and treated as such. NOT your excuse for being lazy or forgetful. Great blog post.