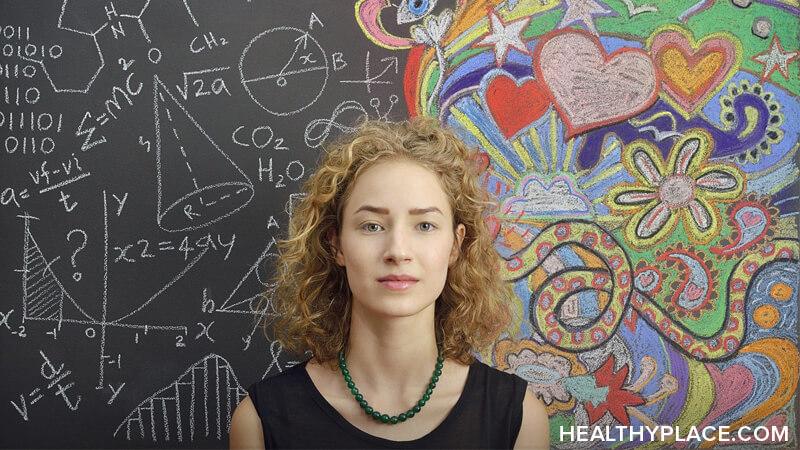 Renaming attention-deficit/hyperactivity disorder (ADHD) is on my mind because, in honor of ADHD Awareness Month, I binged on lectures by ADHD-expert Dr. Russell Barkley. He points out that “attention-deficit/hyperactivity disorder” is a poor term for the condition, and he is not alone in thinking that renaming ADHD is a good idea. Fellow ADHD-specialist Dr. Edward Hallowell claims that “ADHD is a terrible term,” and many with this condition agree, myself included. I started to wonder about the history of the term, if there were alternative names for the disorder, and if renaming ADHD could reduce ADHD stigma.

Why Renaming ADHD Is a Good Idea

The term “ADHD” does not capture the complexity of the disorder. ADHD-ers tend to have a surplus rather than a deficit of attention as they can hyperfocus on a single activity or become distracted by an abundance of sensory information. In regards to hyperactivity, the range of people with ADHD, and the fact that the hyperactivity is often internal rather than external, means that many ADHD-ers are not visibly hyperactive at all. Renaming ADHD could increase understanding of the disorder.

The name also contributes to ADHD’s four-letter-word stigma. People often conflate having a short attention-span with immaturity, and hyperactivity gives the impression of an uncontrollable child. It can be dismissed in children as “kids being kids” and in adults as laziness and insensitivity.

Renaming ADHD with a Historical Term Isn't the Best Idea

In 1798, the physician Alexander Crichton described a “disease of attention” that resembles modern ADHD in some senses but also seems to include a number of other disorders. In the mid-19th century, another doctor, Heinrich Hoffman, wrote a story about “Fidgety Phil” and another about “Johnny Look-in-the-air,” two boys who manifested the “hyperactivity” and “attention-deficit” sides of ADHD.

Throughout the 20th century, what we now call ADHD cycled through many terms, including “organic driveness,” “morbid defects of moral control,” “minimal brain dysfunction,” and “hyperkinetic reaction of childhood.”

None of these struck me as particularly flattering, nor good descriptors to use for renaming ADHD.

Unfortunately, on YouTube, Dr. Barkley asserts that the term ADHD will not be replaced because it is already entrenched in numerous laws and regulations. Still, he prefers the term “self-regulation-deficit disorder” (SRDD) and sometimes refers to ADHD as executive function, working memory, and motivation-deficit disorders.

I like the simple “attention regulation-deficit disorder” because the issue is a matter of attention management rather than deficiency. People at ADHD Health suggest “attention-deficit hyperfocusing dysregulation.”

Some sillier terms that come to mind are the “monkey mind” and “curiosity-killed-the-cat” disorders.

If we were to create another name for ADHD, what would you choose? What do you think encapsulates the condition? Do you think it’s possible to come up with a better term, or do you think ADHD fits fairly well? Let me know in the comments.

P.S. Have a happy Halloween.

Hallowell, Edward, and John Ratey. “The Evolution of a Disorder.” Reprinted from Driven to Distraction. http://www.pbs.org/wgbh/pages/frontline/shows/medicating/adhd/evolution.html.

Take out all the "D"-words entirely. There is nothing "dysfunctional," "disordered," or "diseased" about our brains. I personally LOVE my ADHD, but hate the negative connotations it has in the minds of the rest of society. I hate it when people treat me like I have a life-threatening mental illness. I WANT them to USE me for my unique ability to motivate others, come up with creative solutions and finish assigned tasks quickly while making sure my teammates have everything they need to do their jobs smoothly.
I prefer the term VAST, "variable-attention stimulus trait", coined by Edward Hallowell in ADDitude magazine. I feel this term addresses the root cause of all the perceived signs of ADHD. That our attention level is determined by certain stimuli. And without it, we get bored and distracted.
I mostly like the term "trait," and we should use that for sure in whatever new term we come up for our beloved "superpower."

I have come up with an acronym name that describes my experience:
C.E.N.T.E.R.
Connect Everything, Now Try Everything, Reorder-it
Connect Everything - “curiouser and curiouser”, noticing the Way/Tao/Logos that connects all, seeing the universe in a grain of sand
Now Try Everything - move towards the light, but don’t hate the dark, fully present now
Re-Order-it - transform and be transformed
If I were allowed to label the neurotypical as they have labeled me I might say they have:
C.D.P.R.
Curiosity Deficit Hyperpassivity Routine
A.D.H.D.
Attention Deficit (why? high curiosity, not satisfied with unquestioned answers)
Hyperactivity (why? not passive or dormant; an activist, always moving)
Disorder (why? not always meshing into a societal order where humanity is disconnected from themselves, their bodies, nature, and each other and are obsessed with artificial safety structures and constructs to seeking to hold reality at bay)
They call me "Deficit-Hyper" Low attention. High activity.
But I feel Alive with thoughts. Awake with motion.
They say “under-focused” but banal platitudes cannot bind my mind while the stars integrally wink at me.
They say “over-energetic” since confining cubicles cannot still my body while the sun beckons me to play.

I am a fan of how empowering and strengths base this definition/name is. I'm going to share it with people I know!

I like Self Regulation Deficit Disorder the best...that describes it well. Because there are so many things going on with this disorder the name would have to be too long, but taking the attention and hyperactivity out is a great idea!!

I like NDD personally, I think Amanda raises some very valid points Unlike Autistim where there is much more sympathy and understanding towards those with the condition, people with ADHD do not receive the same level of understanding and support . Their actions are seen as much more anti-social unfortunately despite the condition being on the Autistic spectrum. I would vote for a change of name to remove the stigma. I don't always tell friends that my son has ADHD purely because their perception of him changes and that's really sad. How do we start a petition for this I wonder?

Definitely think it should be renamed. With social media it wouldnt take long for a new term to come into parlance, even if regulations etc were slower to be adapted.

Hm, that's true. Though sometimes it's hit or miss as to what catches on. That gives me some hope; thank you for commenting!

I dont much like executive function disorder, because non professionals would have a different idea of what "executive functioning" means and will think that it means people with ADHD are incapable of being in charge or even of higher level thinking. You have to think ahead to how things will be misinterpreted.
As a joke term, absent minded professor syndome at least shows that we can be brilliant but scattered.

Favor something technical sounding that doesn't lend itself so much to people misinterpreting a. Everyday word like "attention"
I don't like deficit at all either.
Something like Neuro-disregulation disorder (NDD) that reflects something that is happening, rather than a symptom and also reflects that its neurological and not a "behavior disorder."
ADHD as a name also focuses on symptoms that are problematic towards *others* ignoring people who struggle with the disorder but who manage to just make themselves sort of disappear to stay out of trouble. We need to focus on helping the *patient* not just making it easier for others around them. There is so much internal strugglegoing on with adhd, and we focus almost exclusively on "fixing" the external or "bothersome" symptoms.

Thank you for sharing, Amanda. Hm, I agree that it would be nice to convey the internal struggle of ADHDers rather than just their (varied) behavior.

Yes I like Neuro-Disregulation but how about Neuro Dysregulation Syndrome (instead of disorder which sounds a bit negative). Because for me, it also involves my entire bod, it is not just a brain issue. I have trouble exercising and I have trouble performing actions that are not repetitive. This doesn't involve attention and focus, it is because the neurotransmitters don't work right.

It's interesting that ADHD and Executive Function Disorder are considered two different diagnoses, though they overlap so much. I suppose it's because other people without ADHD sometimes have that disorder as well. Frankly, I agree with you, that "EFD" would be a much more appropriate term. Thank you for suggesting this, Angela.