Doctors are experts in their field and, as such, when they give us a diagnosis of a mental health disorder like bipolar disorder, we believe them. However, doctors aren’t perfect and, unfortunately, there are times when an individual may be misdiagnosed. Some research indicates that less than half of individuals diagnosed with bipolar disorder actually meet the diagnostic criteria when assessed by a structured clinical interview.

[caption id="attachment_285" align="alignright" width="210" caption="More than half the people with bipolar disorder may be misdiagnosed."] 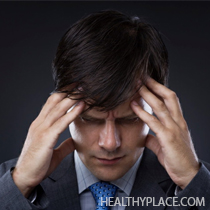 One reason that many researchers hypothesize that bipolar disorder tends to be over-diagnosed may have to do with the fact that physicians may be inclined to diagnose disorders they feel more comfortable with. Physicians are more likely to diagnose a potentially medication-responsive disorder, like bipolar disorder, instead of a disorder that is less responsive to medication in individuals who are experiencing mood instability. So if a doctor is unsure if their patient has bipolar disorder or another mental health issue like borderline personality disorder, for example, they are going to choose bipolar because it is more responsive to medication. Additionally, there are more approved medications available for the treatment of bipolar disorder. Another reason for the overdiagnosis of bipolar disorder can be coming from pharmaceutical companies, who influence diagnostic trends through educational sessions that doctors are attending.

Currently people who have antidepressant induced mania are generally diagnosed as bipolar. I wonder if this is true- and and many unipolar patients are being told they are bipolar when it is the meds. I am wondering that about myself.