I not only dream for a world someday without stigma and with proper treatment for mental illness - I also hope for it. And, for that to happen, we need each other. Reflecting the theme of the recent NAMI Mercer (New Jersey) annual Harvest of Hope conference, we must work together to plant, nurture, and harvest the seeds of hope.

Another "Tragic Drama" re Schizophrenia?

On day three of Mental Illness Awareness Week, this news from the film world: another movie is being planned that will focus on a true story of someone diagnosed with schizophrenia - and, of course, the tragic results.

Because, I suppose, that is way more interesting to the viewing public than a person with treated schizophrenia, who has the courage, patience, and strength to pull his or life back together after a devastating diagnosis and numerous crises. 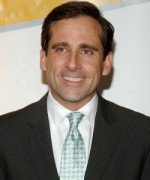 Yep. Another tragic drama on the way. According to contactmusic.com, "The plot centres around multimillionaire John du Pont (Steve Carell) who suffered from paranoid schizophrenia attacks and tragically shot his friend Dave Schultz (Mark Ruffalo) during one of his episodes in 1996. It emerged during John's trial that he had believed his long-time friend and Olympic gold-medallist Dave was part of an international conspiracy plot to kill him."

However, according to the NY Times Obituary in 2010:

"After the shooting, some wrestlers who had trained at Foxcatcher said they blamed themselves for not demanding that Mr. du Pont seek professional help, fearing they would lose his sponsorship money. 'People saw it coming; no one did a damn thing about it,'Kurt Angle, who won a gold medal in freestyle wrestling at the Atlanta Olympics, said at the time."

So - another case of untreated mental illness, the defining act of a man whose life also included generosity, philanthropy, and love.

We can only hope that the film will treat the story with a full perspective, including empathy for the man who eventually became hidden behind his untreated symptoms. They have cast Steve Carell as du Pont, so maybe that's a good sign.

Harvesting Hope in a Challenging Climate

My son Ben, who also lives with paranoid schizophrenia, said to me this week, "I think the stigma of having a mental illness is not as bad as it was two years ago." This was news to me, coming from Ben. He does not usually want to talk about whether or not he has schizophrenia, at least (or certainly) not to me. Still, his boss knows about his diagnosis, and Ben is still successfully employed. I think Ben is willing to share with some of his friends the fact that he "takes medication" - if that friend seems receptive and non-judgmental (usually because his or her path, too, has been, um, unconventional).

confusion, treatment trial-and-error, eight hospitalizations, and the path to stabilization and rebuilding his life. Of his emotional challenges, stigma is still a big one. Among Ben's physical challenges: the need for more research, better treatments, fewer side effects, and increased cognitive repair.

We hope for all of that. Yes, we dream too...but hope often requires a plan to go from fantasy to possibility and then to reality.

In my keynote address for NAMI Mercer last weekend, I shared those thoughts with an close to 200 attendees, all there to learn, share, support - and to hope. What we dream, we can dream alone. What we hope for, we create in the community that is sparked by awareness and empathy. We need each other.

Let's Talk About It

For Mental Illness Awareness Week, let's hope together, work together, and spread the message that mental illness does not have to end in tragedy, no matter what we see in the movies. Let's make that change that begins with hope.

Self-Stigma: When Mental Illness Stigma Comes From Within
From Mental Health Crisis to Reclaiming Your Future: The Clubhouse
Dr Musli Ferati
October, 17 2012 at 9:45 pm

Anyway, the confrontation with peripeties of mental illness indicates great and provocative experience for mentally ill person and its caretakers (professionals and close relatives ones). Further more when it is well-known fact that psychiatric morbid entities are overloaded with many misunderstandings and mistake interpretations from public opinion. Beside this traumatic truth, mentally ill patient are exposed to discrimination and exception from social milieu, that lead to feeling of social death. As a mater of fact, this social status impedes the successful process of rehabilitation and resocialization as crucial moment in the treatment and management of mental disorders. So, the effort to spread the psychiatric truth on mental pathology exhibits a hopeful investment in the medication of mentally ill people.In this direction the activities of many non-professional organization, as the above mention film produces house project promises a lot of harvesting success. Indeed, in purpose to soften the social stigma on mentally ill patient, it isn't enough to elucidate these illnesses only from mental health experts, but the genuine experience of psychiatric patient uses as good and hopeful examples, either it is accomplished by picture motion. In consequence, all acknowledgements about the mysteries on mental pathology are welcomed.

There are attorneys who specialize in defending those with mental illness. NAMI can help you locate someone in your area.
http://www.nami.org/Template.cfm?Section=Legal_Support&Template=/ContentManagement/Conten…

I think the big problem in treating mental health disorders is the attitudes of some of the staff in crisis units and locked psych inpatient units. Many are not well trained and do not treat with kindness. Out patient mental health clinics don't see patients often enough and then it is usally a very brief appointment. Law enforcement is not properly trained and many psychotic people end up being arrested. I just had a terrible thing happen to my son who was living in a private residential treatment program who was arrested in his own private room when he got agitated and 911 was called. Now he is charged with 2 felonies after having schizophrenia for 20 years with no hx of violence. He was turned down for the mental health court deversion. I would say things are not looking hopeful for many. I think stigma is very alive with the recent shootings like the one in Colorado. Public focus on bad news events.

Hi Gloria - You are so right that the staff in crisis units can make a huge difference. I'm so sorry that you encountered so many who were not properly trained, especially re empathy and kindness. I've encountered a few of those myself - yet have also been fortunate enough to meet others who made a huge positive difference - or at least wanted to, and were frustrated by the lack of training and support they were receiving, as well as reduced budgets, medical insurance limitations, and misconceptions.
This is why Crisis Intervention Team training is so important (for all on the front lines - police, teachers, crisis workers) - and also Mental Health First Aid. So many are working with so little, and these programs make a huge difference. The media focus on fear and violence re schizophrenia is no help either, that's so true. That's why we share our stories, and fight for our loves ones to get treatment and be treated with respect. I hope you are able to get some fair representation for your son - it may make a difference. After 20 years in a residential home with no incidents, he deserves a fair shake. Reach out to your state NAMI affiliate to see if anyone can share info re local help.
Randye