Yesterday, I met with the "team" to discuss an IEP for Bob (my 4th-grade son, diagnosed with bipolar disorder and ADHD).

Apparently, the team has met before--without yours, truly--as I discovered a couple of weeks ago when I emailed the principal asking whether we were going to meet before or after Bob's teacher returns from maternity leave. The return email I received from the school psychologist indicated no meeting had ever been held, but Bob's ineligibility for services via IEP had already been determined and we could meet to discuss a 504 plan. 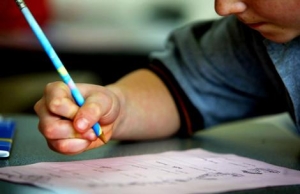 Huh? Yes, I've been just a smidge "out of it" lately (more on that in a later post), but last time I checked, parents (and yes, I fit into that category) were supposed to be part of the "team." Had any evaluation even been performed? Or were they relying on data from their "evaluation" two years ago?

Regardless, I was annoyed. I hadn't even spoken to anyone since mid-November, when the school psychologist called to obtain my available dates for a "team" meeting (that, to my knowledge, never occurred). I hadn't provided them with any information from Bob's psychiatrist, information about his medications, or anything else. Even if they had observed him (for what? an hour? a day?), I have lived with him for ten years and maybe, just maybe, know him best.

I went into the meeting yesterday morning ready to give them a piece of my mind (what little is left of it). But I didn't have much ammunition to go with. The letter from Bob's psychiatrist was woefully brief (four sentences) and didn't really offer much other than a written diagnosis. And it's hard to argue in favor of special education services for a child who--at the moment--demonstrates no real problems. 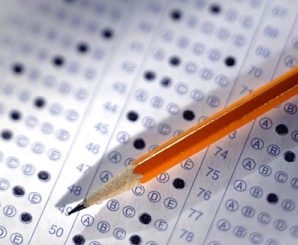 It's true Bob is doing remarkably well on Risperdal and lithium (which he's been taking since late October, plus short-acting Focalin for ADHD), but that doesn't mean everything is starshine and flowers. He still has idiosyncracies particular to his diagnoses, and I believe he continues to struggle academically.

The rest of the "team," however, didn't see it that way, although they agree there is a disability. In order to qualify for services under an IEP, I have to offer proof that Bob is failing to learn as a result of his disability. Aye, there's the rub.

How does one prove falling grades are the result of attention deficit and not just a child being careless? In other words, how do I prove Bob isn't simply choosing not to do his best?

Good question. The short answer is, at least for now, I can't. Although his grades have fallen, they haven't fallen far enough to warrant district concern. His test scores, although low, have improved over the past month. In other words, he may need, but there are other kids who need more.

We did hammer out some provisions for a 504 plan, including accommodations for tests, breaks, and so forth. I don't know if it will be enough, but it's a start.

Hi hope his teacher has quite time and gives this a lot of through please. My child wasn't even dieginose until early 20's but was displaying about 7! I really didn't think she'd make it to 10 and EVERY year after had been a struggle but a Blessing!! We have her and a 6yr old grandson! :-) Please give Bob a chance! :-) it will be hard for him every day of his life Thank U very much! Really a mom and a teacher too! :-)

Hi my daughter and I r missing her Dr.Thorwood from Columbus, Ohio sooo much and some how I hope. This E-mail finds him!!! :-) All I remember is he was relocated to Alaska!! A. very. nice Doc. and we hope this finds U well!!

I'm slack-jawed thinking that they 'decided' he wasn't eligible without even discussing it with you. Have you asked for a new complete independent evaluation? My son has been on an IEP since he was 4, he is now in 8th grade, there is no question that he needs those modifications.