Holidays Not So Happy for Mentally Ill Child and Depressed Parent

I'd like to take this opportunity to be the 93,347th person to say "I'm so glad the holidays are over." Because I am. For a multitude of reasons. 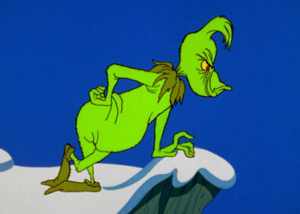 I know this blog is not supposed to be about me--it's about my 10-year-old son, Bob, and the ins and outs of parenting a child who has a psychiatric illness. Of course, the apple often doesn't fall far from the tree--I have my own issues to manage, and often it makes "life with Bob" even more difficult. And "the Most Wonderful Time of the Year" is hardly an exception.

I don't like Christmas. There, I said it. It was fun when I was a child who believed in Santa (although the mystique surrounding St. Nick probably caused me more anxiety than anything else), but even as a young child, I worried about how gifts would be purchased (we were mostly a hand-to-mouth family), hated the commercialism, hated the pressure to be happy happy happy--and always, the inevitable post-holiday let-down. I hoped I'd eventually be able to "experience it through a child's eyes," but having children has only created more animosity toward the last two months of the year.

Of course, the fact I annually fall into a depression that deepens with every minute of daylight lost doesn't help. The time of year when I feel I'm "expected" to do the most? Also the time of year I am capable of doing the absolute least. 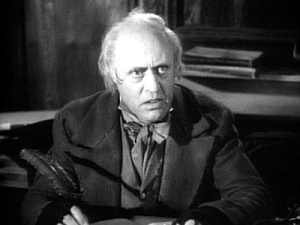 Although, guilty as it makes me feel, my near dismissal of the holiday season may not be a bad thing for our family. Don't get me wrong--we have a Christmas tree; it and a limited number of decorations have been displayed since December 5. We celebrate with family get-togethers and whatnot. But we didn't "do" cookies, or caroling, or shopping, or any of the many activities families are "supposed" to do in December. Mostly because I simply couldn't muster the energy to make them happen; but also because Bob was already wound up tighter than a Swiss watch and I was loathe to upset that fruit basket.

Bob, too, hits his "low" at the end of the year. But the excitement and anticipation of Christmas isn't lost on him. Perhaps he shares some of my childhood holiday anxiety, too, because he exudes a sort of frenzied, nervous energy from Thanksgiving to New Year's.

A Norman Rockwell portrait, we are not.

But maybe that isn't such a big deal. Maybe doing holidays (or, if I ever have my way, not doing them) our way is perfectly fine. Like my husband said, "in 20 years he's not going to lament the fact he didn't get to make Christmas cookies in 2011."

APA Reference
McClanahan, A. (2011, December 28). Holidays Not So Happy for Mentally Ill Child and Depressed Parent, HealthyPlace. Retrieved on 2022, September 29 from https://www.healthyplace.com/blogs/parentingchildwithmentalillness/2011/12/holidays-not-so-happy-for-mentally-ill-child-and-depressed-parent

I have found a daylight lamp helps with SAD and they are relatively inexpensive.

I think all of the hype of having the cute cookies and nicely wrapped presents makes this a set up for people who are depressed and/or have other mental illnesses. When my older son was younger he used to throw a huge fit every Christmas. He was never happy with with what he got. He would cry and scream it was horrible. Now I suffer from depression like no other and I have no desire to do even the things I did when my kids were younger. All I want to do is go to bed in Nov and wake up in March. I feel completely exhausted and checked out of life.

My son is the same way. From Thanksgiving until Christmas he is bouncing off the walls. He's 13 and still gets excited. I love seeing him so excited but it is a bit overwhelming and annoying. I get it, you are not alone.
Michele

Childhood ADHD and Stealing: What's Going on with Your Kid?
Life with Bob
What I Do When My Child with ADHD Talks Excessively
Life with Bob
My Child's Insurance Won't Pay for His ADHD Testing
Life with Bob
Should People with Mental Illness Have Children?
Life with Bob
It's Not Unusual If Your Child Hears Voices
Life with Bob
Tips to Manage DMDD in the Classroom and Beyond
Life with Bob