Give Balance to Siblings of a Child with Mental Illness 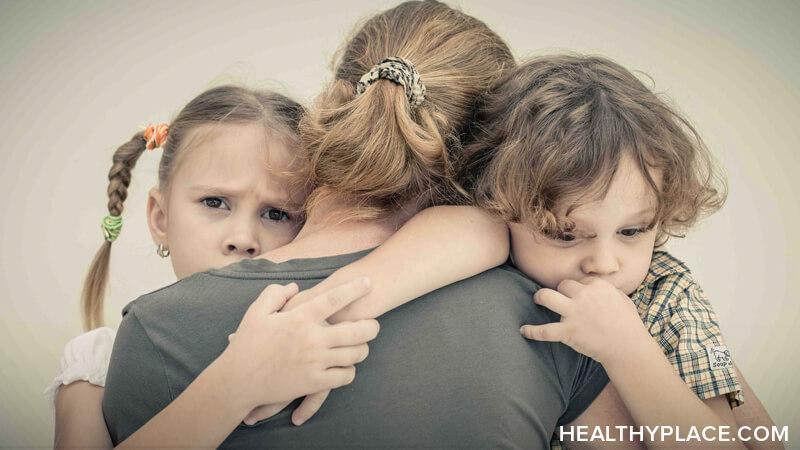 Siblings of a Child with Mental Illness Present Different Challenges

When one child's emotions can lead to violence, the sibling of the child with mental health can take a back seat. To keep her safe, we often remove my daughter from the area when her brother has outbursts. When a crisis hits, she's been dropped off at her grandparents', abruptly left with her auntie, or stuck behind at summer programming while we drag her brother out of the building.

I Worry Over Positive Behaviors

One positive is she's learned self-sufficiency. She can play on her own and has an active imagination. The downside is that she overhears her brother screaming, sees him throwing things, listens as he insults her parents. She's incredibly smart (she reads and has a vocabulary at the level of a middle schooler), but that means she probably understands whatever's happening. It means that I sometimes forget she's only six years old, and I may treat her like the older, more responsible sibling.

My daughter, the sibling of a child with mental illness, has also learned what garners parental attention. Lately, when she's angry, she'll shout things her brother usually shouts. She'll slam a door or throw something. She comes down quickly from these episodes, but as a parent whose child-rearing experience has only been with a child with mental illness, I can't tell you how much of what she does is typical or should raise concern (Small Steps Helpful When Siblings Compete With Mentally Ill Child for Parents’ Attention).

When she acts this way, I pull her aside and ask what's happening. She turns red and refuses to talk. Yet, whenever the in-home therapist is around, she opens up. She'll tell him her brother's a bully and that she wishes he wasn't so mean. She seems to know the therapist is the person people talk to about this stuff. It's hard to hear, though, because she's so little, and those emotions are so big.

I know siblings fight, but I couldn't tell you what normal fighting is. My son can be devastatingly mean to his sister and attempts to exert power and control over her. He has so little of both in his life that he transfers this to the one person with less of it. She's the only person he'll try to hurt physically when he's having an outburst. We have to separate them a lot.

How does a parent avoid neglecting one sibling's needs when the other's needs are so extreme? Neglecting my son's emotions in a situation could mean somebody is hurt. Neglecting my daughter's emotions in that same situation means that everyone's safe, including her. She doesn't necessarily know that, though, and I wonder how it feels to her.

Not every parent has this luxury, but if you have someone who can help you manage your children, it goes a long way. When my son is suspended at home or in the midst of an outburst, it's more often me dealing with him while my husband takes our daughter elsewhere. I sometimes fear this means the sibling of the child with mental illness hates me and loves her dad because I'm associated with her brother's behaviors and dad's associated with fun activities, but the two of them can't be together at those times.

There are a few things we do to try and add balance for our children. The video below outlines some of them.

Tags: siblings of a child with mental illness

APA Reference
David, M. (2017, July 31). Give Balance to Siblings of a Child with Mental Illness, HealthyPlace. Retrieved on 2023, February 5 from https://www.healthyplace.com/blogs/parentingchildwithmentalillness/2017/07/caring-for-the-sibling-of-a-child-with-mental-illness

Melissa David is a mother based out of Minnesota. She has two young children, one of whom struggles with mental illness.The support and wisdom of other parents proved invaluable to her in raising both her children; and so she hopes to pay it forward to other parents via Life With Bob. You can find her on Facebook and Twitter.
Reasons I Give Psychiatric Medication to My Child with DMDD
Emergency Plans for Mental Health Crises Will Help Your Child
Lisa Stephenson
August, 1 2017 at 7:43 am

Your son is likely suffering from ongoing neuroinflammation that is treatable. Our children our sick and in most cases it's not mental illness.