Mental Illness Stigma Can End Relationships Before They Begin

The world of potential romantic partners is limited for people with mental illness. Not everyone has the patience to deal with someone through an episode, and some people just don't want to deal. Still others can't put aside their preconceived notions long enough to consider dating someone with mental illness. As a writer on other blogs for the general population, I've experienced mental illness stigma dealing with even the possibility of 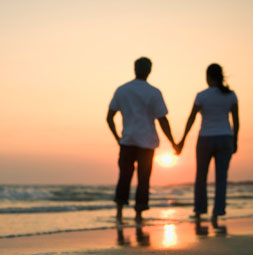 dating, as well as stigma towards people with mental illness dating those without a disorder. I've written stories about waiting to disclose my mental illness, only to be met with comments like, "you're a liar for not talking about your mental illness on the first date," or "how can you hide your mental illness from people you date?" I found myself defensively arguing with my readers, telling the computer screen that it wasn't being fair and that it couldn't judge me or my behavior.

I believe that at the root of comments like these is the idea that people with depression or bipolar disorder somehow don't deserve romantic relationships. In this particular situation, I asked my commenters if they'd require someone with another disease to disclose it on the first date; they flat out replied "no," highlighting for me the clear prejudice people express with respect to dating and mental illness. The other factor underlying this mental illness stigma is the idea that people with mental illness always have to lead a conversation with a disclosure of their illness -- presumably to protect the "healthy" party involved -- as though people with mental illness require a social warning label. Encountering this kind of prejudice, even in a hypothetical dating situation, can make someone afraid to consider carrying on a romantic relationship.

Even when people with mental illness are successful at establishing romantic relationships, stigma can become an issue in the union. My last boyfriend and I experienced this when I had a depressive episode during our relationship. Once I understood what was happening to me, I explained it to him and told him what to expect. My boyfriend was definitely supportive of me and of my disease, and aware of how difficult it was for me to battle the depression. He asked me about my medication and whether my therapy was helping. He understood when I was having a bad day and didn't want to talk to him. And he reminded me to do activities that boosted my mood.

As I got better, however, he treated me differently than he had before my episode. He'd attribute any change in my mood to my bipolar disorder, even when I was just having average, human emotions. Then he became less understanding of my bad days and times when I couldn't be there for him in the way he wanted. In the end, we broke up because he didn't feel like he could take care of me even though that's not what I'd asked for. It turned out that my boyfriend assumed that my life would always be like it was during my episode, and not like the fairly average existence I'd had up until then.

Though it is difficult to experience mental illness stigma in a romantic relationship, one way to help lessen it is to expose potential partners to the truth about mental illness. That could mean choosing your dates from a pool of people who share your disease, or who have dealt with family issues surrounding mental illness. Alternatively, you can share information about your experiences with larger groups of trusted friends and acquaintances, so that people who know you already can associate your illness with the positive aspects of your personality rather than negative stereotypes. The more your circle witnesses the realities of living with a mental illness, the less likely they will be to apply hurtful stereotypes.

One way that I expose my friends to my mental illness is through social media, mostly on Facebook. There, both new and old friends have the opportunity to interact with all aspects of my personality, whether I'm feeling intellectual, sarcastic or depressed. In that way, I can paint a holistic picture of myself that treats my mental illness as one aspect of a very varied life. The men that I've dated in the last year have all met me through other friends on Facebook, and they all knew about my disease before pursuing me. Dating in this way makes it easier for me to interact within a romantic situation without worrying how I'm going to mention my bipolar disorder. It also screens out people who have biases against those with mental illness.

Mental illness stigma is difficult to eradicate on a large scale, or on an institutional basis. However, it is easier to employ personal tactics to help minimize stigma in your close relationships.

I dated a guy, we both had mental illness problems, I drank, his dad got ill, triggered ocd , depressive an susidal episode, his way of coping was to dump me, with no reason, this lead to me feeling useless an unloved, he's since said that two people with mental health issues, can not be together, but I disagree, he was my reason to get out of bed everyday, every thing he said was right made me feel special, loved, wanted, I still care for the guy, and want to help him, am I being foolish, or should I persever?????

Dating somebody who has hyper despondency/bipolar issue can be a ton like dating any other individual. You will most likely share astounding times together, appreciate encountering new things with one another, experience the closeness that accompanies a sentimental relationship, and the sky is the limit from there. Yet as ordinary as an association with a man who has this dysfunctional behavior can be, the relationship likewise can (and will) have some extremely novel components, as well.

im a carer of my wife and the wife has bipolar and PTSD and personality disorder at time i forget im her husband and go into a caring roll . i have found that our relationship has got a lot closer since i became a full time carer of her. but you do find that people are scared of these illnesses and will keep away from you i just see my wife as the same person as i meet 6 years ago when her mental health was more stable then now
we tend to work and talk things over when it gets bad

I don't understand why person with mental illness will not take good advice.prefers to be stubborn. Actually pushing away the one who does the most to help. If my son is making a bad choice something happens.I am the one he comes too.but when things are good he knows it all. Until he is in trouble.it is a cycle that I am tired of.I feel I can't help him.he does what he wants.N I can't save him over n over again.

“I don’t understand why a person with mental illness will not take good advice”
Haha umm people regardless of mental illness generally recoil from unsolicited advice and c’mon you’re his mom! Depending on his age and maturity this is another huge factor...