Do Not Let Little Things Lead to Self-Harm

Sometimes life decides to throw curveballs that lead to anxiety. While others may see these curveballs as minor, little things can sometimes seem colossal when it comes to destroying a mood. Maybe you thought your class started at a certain time when, in fact, it started twenty minutes before. Instead of getting coffee without creamer, maybe your barista decided to sneak some in.

For self-harmers, the little things in life can be what turn a safe day into a not-so-safe one. Even the most minor incident can set someone into a depressive or paranoid state. It’s easy for some people to laugh off small situations such as spilling a drink or forgetting to buy something at the grocery store. However, when you struggle with mental illness, it doesn’t take much for the brain to get fired up over those small situations.

It’s difficult for others to understand how quick to anger some people can be. Anger is something everyone feels, but doesn’t always show. Over time, some people learn how to control those emotions and find coping skills when they feel frustration bubbling up. 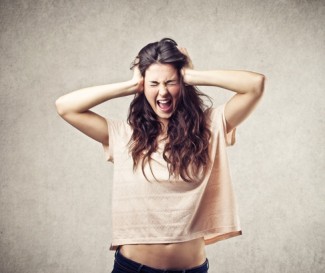 For those who self-harm, the go-to coping skill often involves something sharp and ends with an ugly mark. When in the moment, it’s hard to walk away from doing something you’ve always done to help a situation – even if it’s an unsafe behavior.

You are Stronger Than the Little Things in Life

Being I just moved to a different city, I needed to get my cable and Internet connected. Of course, this doesn’t ever go as planned and since I was in the middle of unpacking and organizing my apartment, I was not in the best of moods to deal with the people on the other line. I was being put on hold and told a million different things and after some time, I broke down (yes, I started crying). I called back the next day and was told a million different things again and, you guessed it, I cried.

Many people would laugh at the fact that I got so upset over such petty issues. However, when under a ridiculous amount of stress, any emotion is bound to become twenty times as intense as it normally is. Ten years ago, if this situation had occurred, I can assure you that I would have gone straight for a bobby pin or pen cap to self-harm and calm my nerves.

I’ll take the tears – they are safer and do not leave scars.

It is important to realize how differently stress and anxiety affects others. Some people may laugh off certain things while others could become angry or upset. Before becoming angry, upset or paranoid, stop and look at the situation. Is it really worth the tears or the screaming or the marks on your skin?

Before you act a certain way, look at the big picture and ask yourself what it’s really worth.