Is Self-Harm a Sign of Immaturity? Self-Injury in Adults 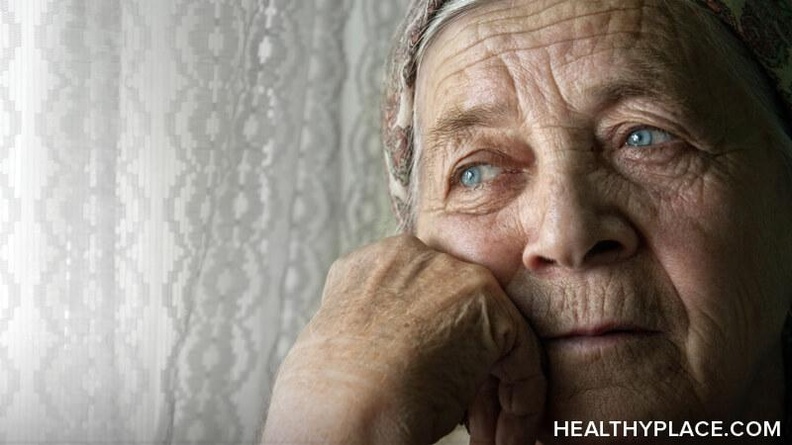 Many self-harm stereotypes are linked to immaturity. The common misconception is that if you self-injure, you must be a teenager or going through a phase. Nothing could be further from the truth, and we mustn't forget that self-harm is also prevalent in older adults.

The notion of self-harm being an immature thing is so deeply rooted in our society that it's hard to trace its origins. Is it because we're afraid to admit that self-harm is a sign of an overloaded emotional system that can collapse no matter who you are? Is it because we prefer to brush it off as something trivial? Or are we only afraid of our human vulnerabilities?

I do not know the answer, and trying to understand the reasons why such stereotypes exist is futile. However, we can rely on facts and figures, and use them to spread self-harm awareness and combat the myths.

Self-Harm In Older Adults: Immaturity Is Not the Problem

A recent study by the British Journal of Psychiatry1 found that the yearly self-harm rates amongst the elderly were about 65 per 100,000 people. The researchers also discovered that, compared to the younger demographic, older adults are under higher risk of repeated self-injury or even suicide.

While it's true that many people start to self-injure in their teenage years, this research proves that self-harm is not just youth-specific. It shows that the issue is far more complicated than most people believe, and that the self-harm phenomenon is not fully understood.

Trying to identify why anyone would injure themselves is far from straightforward. After all, it's such a personal and secretive act. However, all self-harmers share some things in common: the difficulty of expressing intense emotions and a fragile support system.

Video on the Myth of Self-Harm and Immaturity

Self-harm myths related to immaturity have a common denominator: youth shaming. I believe it stems from fear, and it's an attempt to trivialize mental health issues. Acknowledging that self-harm is not something that will magically disappear as you age would be a huge step forward.

Part of the reason why stigma exists is because we tend to assign a specific persona to a problem. What's the face of self-harm? For many, it's young, white, and middle-class. However, people of color are also affected, and the elderly are often not even in the picture. It's time to embrace the fact that, unfortunately, self-harm does not discriminate.

How has the myth of self-harm coming from immaturity affected you or someone you love? Share your thoughts in the comments.

APA Reference
Halas, M. (2020, July 27). Is Self-Harm a Sign of Immaturity? Self-Injury in Adults, HealthyPlace. Retrieved on 2021, February 27 from https://www.healthyplace.com/blogs/speakingoutaboutselfinjury/2020/7/is-self-harm-a-sign-of-immaturity-self-injury-in-adults

The Most Common Self-Harm Myths and Misconceptions
Is Your Self-Harm Getting Worse? Here's What to Do