My Definition of Gender Identity Genderqueer

For the past few months, I have struggled to accept my gender identity and the fact that I am genderqueer. I've been having a hard time trying to label my gender identity, especially since our society puts only two labels to gender: man or woman. Thanks to the social websites like Tumblr, though, I am starting to see that there are other people just like me out there.

What Genderqueer Means To Me 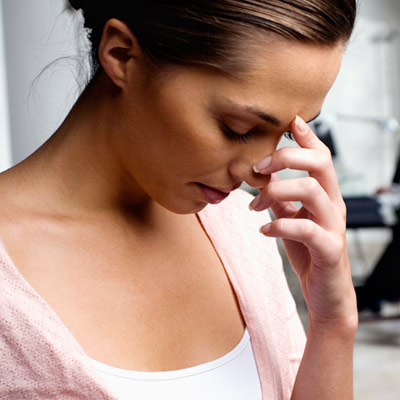 While there are many different terms for people who are nonbinary (when your gender does not match your sex), I have found that the term genderqueer fits me the best. According to Wikipedia: "Gender identity is defined as one's internal sense of being a woman, man, both, or neither, while sexual orientation refers to an individual's enduring physical, romantic, and/or emotional attraction to others." I have found that this definition rings true with me. Gender is much more than what is in between your legs, or whether you have XX or XY chromosomes.

Anyone who is not cisgender (with a sex that agrees with their gender) will most likely suffer from body dysphoria. The best way I can describe dysphoria is being so uncomfortable in my skin that it creates severe depression and anxiety. While I am okay with the bottom part of my body, I am extremely uncomfortable with my top half. My breasts feel foreign and like they do not fit me at all. While I would love to have breast reduction surgery, it is extremely expensive and usually not covered by insurance unless there is a valid medical reason. Even having long hair has been creating anxiety and depression for me because I'd rather have it short and more "boyish" looking.

No One Can Define Your Gender Identity but You

For a long time, I have seriously believed that gender identity is not defined by your physical self but your inner self. Being a man or a woman has nothing to do with our sex. How else can we explain the anxiety and depression that transgender and nonbinary people experience when they can't be their true selves? Trying to deny my gender identity has only caused me more depression and anxiety. While it's difficult to live with dysphoria, I am trying to remember that no one can define me but myself. There are going to be many people who try to tell me that I am a woman no matter what, but I can't let them get to me.

Just like with sexuality, gender is not black or white. There are many people who feel that they are both genders or neither gender, and that's okay. There's nothing wrong with whatever gender you identify with. It has taken me some time to accept that about myself, and it's a similar journey that I've had with my pansexuality. But I know that I'm on the right path and that I will be stronger one day because of my self-acceptance.

How Self-Acceptance Affects Depression in LGBTQ Individuals
Dealing with Depression While Being Genderqueer
E
June, 20 2018 at 8:59 pm

Yeaaahhhhh! I totally agree and as someone who Is on there same boat! I wish everyone could read this article. Love this!