Dealing with Depression While Being Genderqueer

Dealing with depression and other mental illnesses is very hard. But when an individual identifies as lesbian, gay, bisexual, transgender, or queer (LGBTQ), the struggle can become alienating. Many LGBTQ individuals find themselves disconnected between their true identity and the person they are forced to be in public. This is why many LGBTQ people have depression and contemplate suicide. Being genderqueer, too, can lead to depression. Sadly, many go through with suicide because they see no better option.

Self-Acceptance While Being LGBTQ or Genderqueer Is Extremely Hard 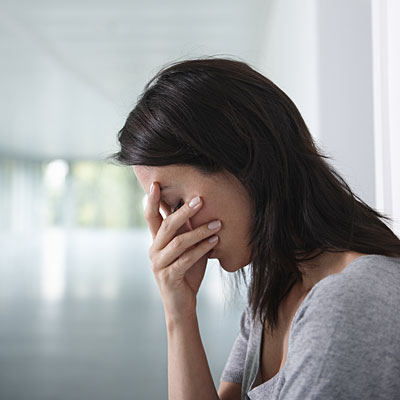 I wish I could say that I am doing a better job accepting my genderqueer identity along with my depression, but the harsh truth is quite the opposite. I find myself wishing that I were "normal," which I guess to the world means accepting and embracing my genderqueer identity. I find it odd that while I accept anyone who is transgender or non-binary, I can’t seem to accept myself as normal. It doesn’t help that I don’t know anyone personally who is like me. I don’t see myself reflected anywhere, either, except on social websites like Tumblr or Twitter. A lot of people don’t even know that individuals like me exist.

Feelings of Alienation and Rejection Because of Being Genderqueer Worsens Depression

It hurts to say this, but I feel like I don’t belong in this world because of being genderqueer. Perhaps it’s due to my depression or dysphoria, but I feel very alienated from my environment. The only place I find true solace is in books. Lately, it’s been extremely difficult to focus on reading. But I’m trying to spark the passion in my interests again. It’s not good to think that I’d be better off dead. I’ve been trying to ignore my emotions by drinking too much and stuffing myself with food. I’m tempted to start cutting again. I’m trying to convince myself that I deserve better and that this pain is not permanent. I may not be society’s definition of normal, but I am me and that’s okay. I’m trying to learn and accept that. Perhaps the majority of my family will not accept me. Maybe I will lose some friends. But I am working on accepting myself as genderqueer and that will take time.

Healing with Depression is a Life Long Journey

Many people say that life is a journey and I truly do believe that. I feel very hopeless right now, like things will never get better and that I will never find my place in the world. But I try to remind myself that I’ve gone through this in the past. Ten years ago, I was in a mental hospital, staring up at the ceiling, wondering if I was ever going to feel okay. I know that it will be very difficult, but that one day I will be my true self and I will be happy, smiling and helping others like me. Things will never be perfect, but I have to learn how to believe in myself. I will deal with my depression and being genderqueer.