I find myself in a paradox lately. I have always been extremely accepting of others who are different, especially those who are lesbian, gay, bisexual, transgender, and queer (LGBTQ). But it's been extremely hard for me to accept that I am genderqueer. While this is common with people who suffer from mental illnesses, it is a huge problem with LGBTQ individuals. LGBTQ people have a much harder time with self-acceptance thanks to a hostile environment that does not accept their sexuality and gender identity. In short, gender dysphoria affects my depression. 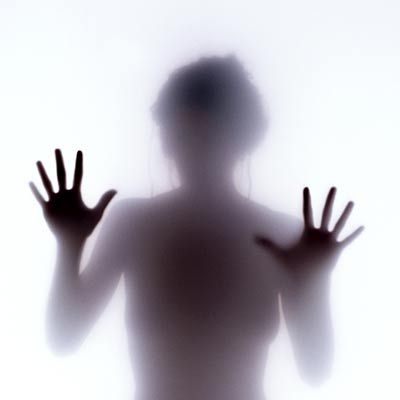 I know that it’s sad to say that I feel like a freak, but I really do. Every time I look at the mirror, I find myself wondering why I can’t be normal. I wish I could be content with my feminine face and my breasts. My short hair is growing longer and all I want is to cut it shorter. I wish I could look more masculine. I feel so uncomfortable in my body. I know that I’m supposed to love myself and I try to accept myself as much as possible, but I don’t see how that’s going to happen with my gender identity struggles (gender dysphoria).

Fear of Rejection Thanks to Gender Dysphoria Affects Depression and Anxiety

I don’t feel too comfortable talking about my gender dysphoria with most people, even with people that I trust. To be honest, my gender dysphoria affects depression and anxiety and is something that still overwhelms me. I’m also afraid of rejection thanks to my gender dysphoria. While my husband has told me that he’s very supportive of my gender identity, I still have the feeling that he wouldn’t be okay if I looked more masculine. It’s understandable, though, since he is straight. While I do plan on eventually cutting my hair shorter and buying a chest binder, I think I need to prepare myself for the questions that will soon follow. I know that a lot of people in my family will question my appearance. I’ll have to explain to my friends what is going on, too.

Even though it’s hard, I’m trying to focus on the physical traits that I like about myself, which helps me deal with my gender dysphoria and helps lesson my depression and anxiety. For example, I try to remind myself that I have pretty blue-green eyes, which helps me shift the focus from my breasts (which are associated to femininity) to something gender neutral such as eyes. I love my tattoos, which are a part of my body, so I try to focus on that as well. Then I try to remember that gender is a very intimate relationship that you have with your body and mind. Just because I don’t look like a guy doesn’t mean that my gender identity is invalid.

Reaching out to Others Helps to Lessen Gender Dysphoria

Talking to others like me is helping me see that I am not a freak. Even though I may feel like a complete weirdo, it’s reassuring to know that there are others like me who are struggling with similar issues. Gender is still a very sensitive and taboo subject, but I hope that by speaking out on my personal issues, I can add to the conversation and raise awareness about gender dysphoria and its effects on depression for LGBTQ people.

Dealing with Depression While Being Genderqueer
Rejection Over Being Queer and Depression
Sosi Kokeilu
August, 12 2020 at 6:41 am

Not a religious type person, but Amen to your article.
I made the conscious decision to 'deal with it' but over the decades since, the stress, the pain and the depression that's come from that has led to things feeling hollow. I'm at the age now, where I think its time to re-evaluate that decision, but at the same time, feel trapped as I've gone literally half my life putting it to the back of my mind, and find it hard to get out of that mindset now.
Hopefully, someone will invent time travel and maybe I can go back, tweak a chromosome when my mother is sleeping, and undo years of anguish, or maybe, more realistically, I can ironically "grow a pair" and go in to have them removed and try the back half of my life right.
How does one acquire the confidence to change a life of bad choices though?

My name is Sky Leaf, I am a Queer, Trans Womxn. I found your articles on mental health and lgbtq. I struggle with various mental illnesses which severely affects my life. My closest friend is suicidality I guess. If it is not my mental illnesses that are affecting me at any given moment it will be gender dysphoria which I struggle with severely. It seems the only one that listens and understands is the voice in my head telling me if I just pull the trigger all my pain and suffering with cease. I find myself very much alone in the Trans community here where I live and I’m really not sure I haven’t been internally affected by the harassments, the hate, the beatings and death threats I have endured simply cuz I’m a Trans Womxn tryna survive. It’s super difficult to not internalize that hate and transphobia. I’m not even sure you will ever even read this letter but I guess somewhere deep inside me I had to write it anyway. Please take very good care of yourself and thanx you for your time.
Sky Leaf

This is exactly what i struggle with everyday. I hate the breasts i have to live with. I wish I never had them. It is not me.