Why I'm Against LGBT Conversion Therapy 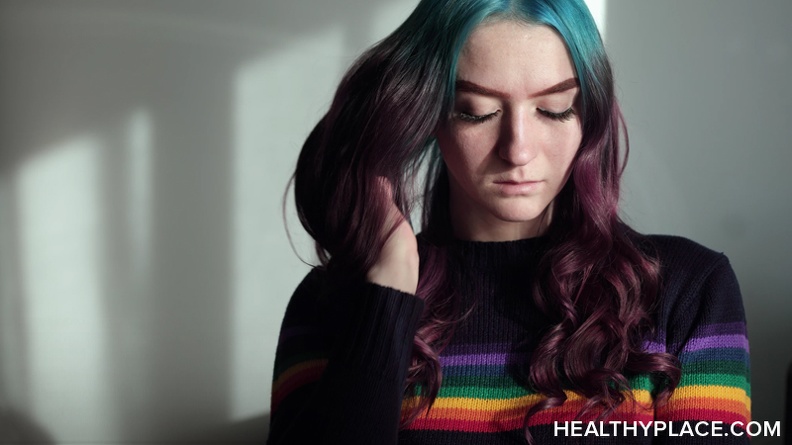 Recently, my home state proposed a bill that would have banned conversion therapy for lesbian, gay, bisexual, and transgender (LGBT) youth. Although the bill didn't pass, it created greater awareness for how damaging conversion therapy can be to a person's mental health, especially for teenagers. So many young queer people are coerced into therapy that they believe will "cure" them of something that wasn't harming them to begin with. And because people's gender identity or sexual orientation is such an inherent part of who they are, conversion therapy can lead to serious mental health issues and perpetuate gay discrimination.

What Is Conversion Therapy?

Conversion therapy, also known as "reparative therapy," is a pseudoscientific practice that claims it can "change" a person's gender identity or sexual orientation.1 While common in the 20th century, most mental health professionals now believe that conversion therapy is both ineffective and harmful for LGBT people to undergo. But, especially in places high in LGBT discrimination, many gay and transgender people enroll in conversion therapy in an attempt to rid themselves of traits that make them feel alienated from those around them.

Why Conversion Therapy Is Harmful for LGBT Youth

Approximately 698,000 LGBT people report having undergone conversion therapy at some point in life, with about 350,000 receiving it as an adolescent.2 These youth are already more vulnerable to developing depression, anxiety, and suicidal ideation than their peers because of discrimination or an internalized sense of shame. The belief that they can be "cured" of their LGBT identity can lead to an even greater sense of shame or unhappiness when the therapy doesn't work.

When I enrolled in my college's counseling center as a freshman, I originally told my counselor that I wanted to "overcome" my queer identity. I am so lucky that I was assigned to an LGBT-affirming therapist and not someone who practiced conversion therapy. Years after conversion therapy, queer people can carry residual trauma that makes it hard for them to accept themselves or form healthy relationships.

Therapeutic practices that help gay or transgender people come to terms with their identity in a healthy way and reduce shame exist for people of all religious beliefs or other backgrounds. Especially because LGBT youth are so vulnerable and still developing a sense of who they are, it's important to find them a therapist who understands the dangers of conversion therapy.

Andy Winder is a contemporary YA writer currently revising a queer romance about a trans girl who enters a televised baking competition. He has written for HuffPost Personal, Bustle, and FTM Magazine, and he works as a writer for an early literacy nonprofit. You can learn more about his work at andywinder.com or on Twitter at @andyjwinder.

What is Sexual Orientation OCD?
Introduction to August Queue, Author of 'The Life: LGBT Mental Health'