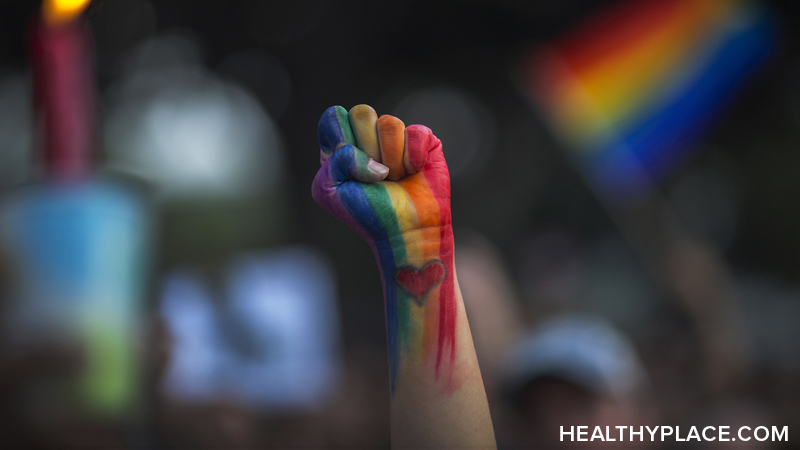 Content warning: This post contains a discussion of the Pulse nightclub shooting and violence against queer people.

June 12th is a difficult day for me. This year it marked the five-year anniversary of the deadly Pulse nightclub shooting that snuffed out the lives of 49 queer people -- most of them Black and Latinx -- and wounded 53 others in Orlando, Florida. The deadliest act of violence against queer people in the history of the United States happened less than a month after my own coming out. I've been dealing with the emotional aftermath of that ever since. Thankfully, I've also found a transformative way to cope with it: community.

At the time of the Pulse massacre, I was 23 years old and had only recently come out as bisexual (attraction to more than one gender). Coming out was a nerve-wracking process, but I was lucky enough to have a lot of support from my chosen family. I was well aware that being openly queer came with risks, but I admit that I was blindsided by what happened at Pulse. When I woke up to the news that morning, the only thought I remember having was, "What year is this?"

Whatever lingering naivety I had was stripped away, and I was left with a profound sense of disorientation as I realized that it is never, even under the best circumstances, safe to be "out." That realization was terrifying -- and I started to feel the all-too-familiar signs of depression creeping in.

I happened to be visiting New York City at the time of the Pulse shooting. As such, I had the opportunity to attend a vigil for the victims held in front of the Stonewall Inn. While the circumstances were beyond tragic (to put it lightly), being held and witnessed by other queer people, and holding and witnessing them in return, as we collectively mourned the lives taken in Orlando in front of the place where the modern lesbian, gay, bisexual, transgender, and queer (LGBTQ) liberation movement began left me with a feeling that I still don't quite know how to describe. I felt overwhelming anger and sorrow that there was even an occasion for a vigil in the first place. I also felt a fierce pride in and love for our community -- how far we have come, even if there is still such a long way to go; how we continue to show up for one another when no one else will, and a sense of belonging like none I had felt before.

How the Queer Community Helps My Mental Health

In the years since my coming out, I continue to feel grief and anxiety on and around June 12th, although the feeling has become more manageable with time. Part of that is due to building a solid community of close queer friends and chosen family.

It's not a secret that having strong social connections is critical for mental health, and that is especially true for marginalized people; even as a queer person who still holds a significant amount of privilege, I do not have access to many of the same types of support networks as my straight peers. Being bisexual also carries some unique challenges of its own -- I am read as straight in my current relationship, and I admit that this is something I struggle with that often prompts feelings of sadness and isolation. I am also demisexual (only experiencing sexual attraction after establishing an emotional bond), which many people still don't recognize as a real sexual orientation. As a result, I often feel like I don't quite "fit in" anywhere, which isn't good for my depression or general wellbeing.

But I am also lucky to have found a small but close-knit queer community, both in "real" life and in online spaces. "Lucky" in that I live in a place and have access to resources that make finding such a community possible, that I share much in common with my friends and chosen family, that all of us are committed to creating a better world. Such a thing is difficult to find, and I am grateful for it every day -- if I'm honest, I am not quite sure how I would navigate life without those deep, mutual friendships and even familial bonds, especially when heavy feelings and mental health challenges come up, as they often do this month.

As dark and scary as the world can be for queer folks, I never fail to be amazed at how queer people find ways to thrive and come together for one another. No community is perfect, but I wouldn't wish to be anything other than what I am. I only hope that I'm able to give back a fraction of what my community has given me -- and that one day, we'll all be able to dance without fear.