Living With PTSD and a Self-Centered Lifestyle

Living in the chaos of PTSD symptoms and post-trauma haze can make you very self-centered. Know how I know that? I used to be like that! It's hard to cope on the inside and still be sensitive to others on the outside. Heck, it's tough to be miserable and do anything that would make someone else happy.

When was the last time you did something nice for someone else? Last week, on Changing Direction, I interviewed U.S. Marine, Markus Fox, about how his guitar and music helped his platoon during a particularly difficult night in Iraq. They had lost the first two casualties since their deployment and the platoon was very upset. Markus took out his guitar, sat on the back step of a truck and invited the other soldiers to pull up their stools while he played a tribute to their fallen brothers. The results of this simple, selfless act during a time of trauma were enormous.

Still, there are a couple of problems with the PTSD self-centered lifestyle. Let's take a look...

Pitfalls Of The PTSD Lifestyle 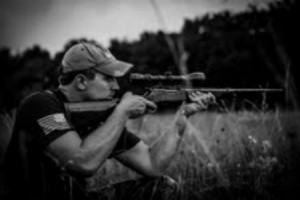 When you focus too far inside, you lose sight of the world around you, which continues to exist and can actually help you reduce stress, trauma symptoms and emotions. When you fully engage in the outside world, you can temporarily escape the depression, pain, sadness, anger and frustration on the inside. Deflection (the act of turning aside) can actually help your body and mind reset from the height of stress to a lower resonance. Even if this lasts only only for a little while, the benefits to your nervous system can include decreased blood pressure, deeper breathing and increased resilience.

Only focusing on yourself puts a great hardship on your relationships.While you, as the PTSD survivor, have the greater burden to carry, your family and friends suffer too. They suffer with empathy for your unhappiness. They suffer your anger and rage. They suffer their love for you that meets resistance. More relationships survive the PTSD maelstrom when you make the effort to connect, no matter in how small a way, to the people that matter to you.

One Simple Way To Change Your PTSD Experience

When you help others, you help yourself. There are many scientific studies that support the fact that you can meaningfully make a difference in your own life, when you make a difference in someone else's. It begins with the fact that when you do something for someone else, you feel good. Add to that the fact that you will probably smile, which will definitely make you feel better because when your lips curve upward your brain automatically releases serotonin, a mood elevator and sleep enhancer.

Recent studies also suggest these interesting findings about how helping others benefits you:

In PTSD, we feel so much isolation. Some of that has to do with our need to make the world as small as possible so that we can control it (and ourselves) as much as possible. But making the world too small is very lonely, indeed, and can backfire: Writing for PsychologyToday.com, Hara Estroff Marano reports, "loneliness is a major precipitant of depression and alcoholism. And it increasingly appears to be the cause of a range of medical problems."

You have gifts to give. Whether that's a short hug, a kind note, a smile, a wink, a prayer or whatever feels comfortable, you have the power to impact someone else's day in a positive way - and bring that same feeling back to yourself. Being kind or helpful to someone else can lead to a sense of connection and satisfaction. It can also bring calmness, relaxation, reduced physical pain and increased energy. In short, being kind to others, sharing your personal gifts, can help you cope and heal more effectively. When you look at it that way doing something nice for someone else takes on a whole new meaning. What gift can you give someone today?

Therapy&#039;s First Obstacle: Trust My Therapist? No Way!
Learning How to Trust Your Therapist: Some Practical Approaches
Stephanie Jones
November, 8 2013 at 1:18 pm

Thank you! Beautiful writing. I once heard that every 10 minutes, a U.S. veteran commits suicide.