In the first part of this post, we established three fundamental things:

Let’s add one more fundamental idea: religious traditions can, and do, propose many things about the natural world. Some of their most notable propositions are ethical in nature, and in this context one finds the idea that forgiveness is a good thing.

Forgiveness as a value has a long and honored tradition in the Abrahamic religions (Judaism, Islam, and Christianity). If we consider that religion, like all traditional culture, functions in part as a kind of “memory” for a people – identifying and preserving important ideas, understandings, and directives, then a reasonable case can be made that we should seriously consider the idea of forgiveness.

But Does Forgiveness Matter in Healing PTSD? 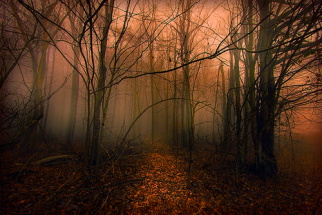 In considering this, I suggested caution in my previous post. The problem is that religion and science have different ways of achieving trust in an idea – different ways of “knowing.” Religious tradition honors tradition and authority. That isn't necessarily bad. It’s just not the same as way of knowing employed in science, which employs formal empirical validation. When translating an idea from one way of thinking to another, we need to be conscious of this shift in perspective. Mixing up ways of knowing can lead to confused thought and poor outcomes, should that thought be acted upon.

Advocating the goodness of something is not the same as acting to bring it about. Advocacy is a verbal activity. Does it get results? If so, is this a cost-effective way of getting those results, or is there a better way? Religion, as a social institution just doesn't take up these questions, and has no validated way of answering them. They are empirical questions and for such things we must turn to science.

Forgiveness as an Individual and Social Value can Be Evaluated

It’s helpful to make a strong distinction between the source of an idea and its subject. Forgiveness, as a human act, derives from traditional religious thought, but its subject (relative to human action) is inherently on the natural world. It can therefore be observed, measured, analyzed – IF we can give it a good definition, one that offers us aspects we can measure. Thinking of forgiveness in this, admittedly, unusual way makes it possible to consider its importance to healing in posttraumatic stress disorder (PTSD).

We should note that forgiveness has been valued in secular contexts, also. Psychologist Seligman (2004, p. 1380), notable for his contributions to positive psychology (the psychology of happiness), has identified both forgiveness and gratitude as a path to increasing good feelings about one’s past.

Forgiveness and “Unforgiveness” as Seen in Psychology

A small group of academic research psychologists have taken up the benefits of forgiveness as a topic for their research, but only recently. In 2000, it was noted that there existed "no evidence . . . linking forgiveness to physiology, health, or disease (Thoresen, Harris, & Luskin, 2000). That year, “unforgiveness,” the problem to which forgiveness is the remedy, was defined as a group of complex and simple emotions and feelings “resentment, bitterness, hostility, hatred, anger, and fear” directed toward a source of injury (Worthington, Sandage, & Berry, 2000, in Harris & Thoresen, 2005, p. 321). Following the analysis of Nathanson (1994), I will focus on the last two affects (feelings) - fear and anger, rather than the more complex and derivative emotions preceding them in that list.

I want to emphasis, at this point, that I have learned in my clinical work with PTSD that anger never occurs without fear preceding it, and that fear is a spontaneous product of the perception of a threat. This causal chain model has great practical application: remove the threat-experience in the mind, and there is no cause for fear, and thus no anger. This has profound implications, given the central nature of fear in unforgiveness.

Injury, Fear, and Anger and Forgiveness

We now have a connection between injury, the fear and anger it produces in all animals, and forgiveness as a conceptual remedy. Injury changes the brain, and forgiveness is to be conceived of as changing it back. Why does this matter? At the least, a chronic anger state is uncomfortable. Beyond that, a certain percentage of people act out their anger, and seldom with constructive result. It seems likely that forgiveness, and specifically “letting go of the anger,” has been proposed as a solution to the dangerous potentials (to the individual and to others) associated with anger that persists.

We are now ready to look at the question of the negative consequences of sustained unforgiveness and the positive consequences of forgiveness, both in general and with particular focus on intervening in PTSD. As often happens when we focus intently on an important subject, there are some surprises, all of which I will take up in the final instalment of this series.

Trauma Affects Your Brain But PTSD Can Be Healed
PTSD Recovery: How To Begin Developing A Sense of Safety
Cathy
April, 22 2014 at 7:11 pm

https://edpsych.education.wisc.edu/people/faculty-staff/robert-enright
I invite you to check out Dr. Robert Enright's work on forgiveness.
http://www.internationalforgiveness.com/
He leads the International Forgiveness Institute and has worked worldwide with people who have experienced trauma.
As a creator of the first scientifically proven forgiveness program in the country, Robert Enright shows how forgiveness can reduce anxiety and depression while increasing self-esteem and hopefulness toward one's future. This groundbreaking work demonstrates how forgiveness, approached in the correct manner, benefits the forgiver far more than the forgiven.
Although Enright is a devout Christian, this model is essentially psychological- and philosophical- rather than religious or spiritual. The Enright model recognizes the religious mandate that to flourish spiritually, persons need to give - or request and receive - forgiveness when appropriate. In the service of this need, the model encourages those trying to forgive or be forgiven to use whatever spiritual and religious inspiration and resources are personally meaningful.
But the model offers guidance for how anyone- whether their primary motivation is religious, moral or psychological- may cooperate with the fundamental, universally human, psychological process of forgiveness.

I have as yet been able to forgive totally all the hurt that has been inflicted on me to cause my PTSD. The sad thing in this world is people with power and evil intent [ narcissists] are rarely brought to task for the damage they do to others. It makes what happens to us less important to which we then look at our suffering in a way that promotes self hate instead of blaming those who deserve it. Narcissistic personality disorder is a very destructive mental disorder and yet most of the leaders and power people in the world have it and are allowed to destroy others on a whim.

Vanda, seriously self-centered people - narcissists - can indeed be damaging, especially if they are parents. Caring for others happens when you can see yourself in them and feel things from their point of view. Narcissists can't get outside themselves, and so cannot to this. It is appropriate for young children to be self-centered, and it takes years for this ego-centricity to give way to a true sense of social morality. Research I've seen indicates that this isn't fully in place, on average, until around the age of 25!
But what if it's never in place? Then you have a clinical or sub-clinical narcissistic personality disorder (NPD).
I don't know that I agree with you about NPD characterizing "most of the leaders and power people" in the world. I think it's more complicated than that. But, in any case, our concern needs to be for you, not them, right now. We don't really have much effect on others, much of the time. We can, however, have a major effect on ourselves.
You may have to search for a while, but I urge you to get professional help for your PTSD. Healing - even if it's partial - is both very possible and a large blessing. Don't even think about forgiveness until you've done this. Keep things in the right order, it will all go much more smoothly for you, I assure you. Stay focused, and just get it done. You'll NOT regret the effort it takes.
Thanks for taking the time to offer your thoughts!