The Possible Link Between PTSD and Diabetes

Enormous and consistent stress on a body will always be evidenced in maladies. Symptoms of posttraumatic stress disorder (PTSD) cause many physical changes that frequently create medical issues. In my own PTSD experience, I developed significant digestive, immune, bone, hair and liver problems. Now, new research suggests PTSD might also cause type 2 diabetes. 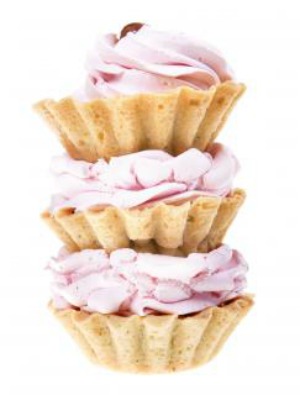 According to CBS News, women with PTSD seem more likely to develop type 2 diabetes (higher than normal blood sugar) with the tendency doubling in the presence of severe PTSD. The announcement, published in the January issue of JAMA Psychiatry, adds to the already existing research linking PTSD to increased risk for cardiovascular disease.

The study, co-authored by Karestan Koenen, professor of epidemiology at Columbia University Mailman School of Public Health in New York City, tracked 49,739 female nurses (ages 24 to 42) from 1989 to 2008 and followed weight, smoking, exposure to trauma, PTSD symptoms and type 2 diabetes. According to Koenen, researchers found that more than 3,000 (6%) of the nurses developed type 2 diabetes, which is linked to being overweight and sedentary.

How to Protect Yourself from Diabetes if You Have PTSD

While age and family history can play into the development of diabetes and aren't under your control, four key factors are:

Weight: This is the single most important predictor of type 2 diabetes. In fact, being overweight makes you 20-40 times more likely to develop diabetes. Losing excess weight is a simple way to immediately reduce your susceptibility.

Diet: A low-sugar, low-fat, high-fiber diet that helps your body maintain the proper balance of sugar in your blood allows your body to achieve a healthy homoestasis.

Exercise: According to Harvard School of Public Health:

Working your muscles more often and making them work harder improves their ability to use insulin and absorb glucose. This puts less stress on your insulin-making cells.

Long bouts of hot, sweaty exercise aren’t necessary to reap this benefit. Findings from the Nurses’ Health Study and Health Professionals Follow-up Study suggest that walking briskly for a half hour every day reduces the risk of developing type 2 diabetes by 30 percent. More recently, The Black Women’s Health Study reported similar diabetes-prevention benefits for brisk walking of more than 5 hours per week. This amount of exercise has a variety of other benefits as well. And even greater cardiovascular and other advantages can be attained by more, and more intense, exercise.

Smoking: In a word, quit while you're ahead. Smokers (and especially heavy smokers) are about 50% more likely to develop diabetes than nonsmokers.

Your body wants to help and support you. Given the stress of PTSD symptoms with which it struggles it's already compromised in how much other stress it can tolerate, absorb and defend. While you're working toward PTSD recovery you can help your body (and also give your healing a boost) by taking steps toward healthy lifestyle choices and actions to prevent any further (avoidable) long-term damages.

Connect with Michele on Google+, LinkedIn, Facebook, Twitter and her blog. Michele is the author of Your Life After Trauma: Powerful Practices to Reclaim Your Identity.

PTSD, Addiction and Self-Esteem
How to Reduce Dissociation in PTSD
Sheila
July, 31 2015 at 1:06 pm

I was diagnosed with PTSD after the trauma of my husband's death from Toxic Epidermal Necrolysis (90 percent of skin shed from his body. I've been in therapy four years and have been told there's a possibility of susceptibility due to childhood tmrauma, personality (sensitive, shy)...but never heard of the possible diabetic connection (I am diabetic). Thank you for the information. I wrote a book about my experience www.facebook.com/AuthorSheilaKay

Interesting. After my trauma I gained weight due to physical issues but I believe the profound stress of emotional traumatic events did not help the physical part. My book sugar was not looking good several years ago and I was concerned about type II diabetes. The thing is I have been finally diagnosed with PTSD and being treated for it. PTSD creates anxiety which increases emotional arousal and adrenaline. For me I shut down so no fight or fligjt...more freeze. No where for cortisol to be used up so it sticks around and I start craving carbs and sugar. Long term pain from sciatica has me going to carbs and sweets too. WHEN all is good for me no big sweet cravings. Wonder if the internal emotional stress brought up during a triggering event of PTSD doesn't perpetrate a pattern of craving sweets and tus create a space for Type II diabetes to occur. Thx...