Trauma Is Unfair: But You Can Heal Anyway 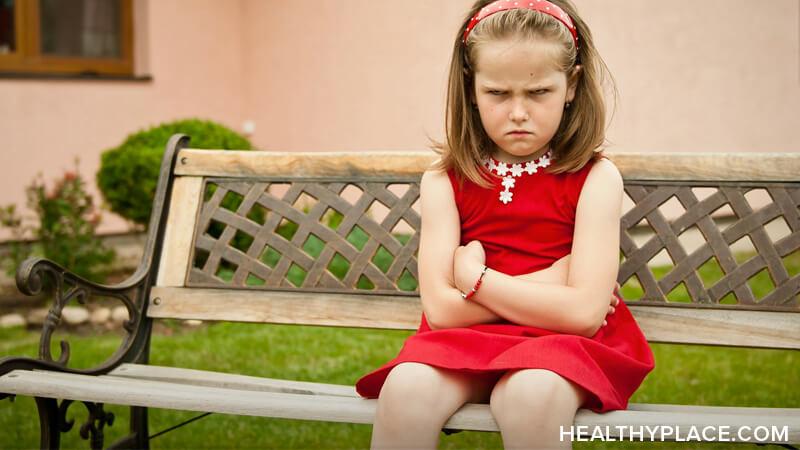 Everyone experiences trauma differently, but one fact is universally true: trauma is unfair. Living with posttraumatic stress disorder (PTSD) is also unfair. Nobody deserves to be traumatized. So how do we heal from something that should never have become our burden in the first place? How do we deal with unfair trauma?

For several years after my posttraumatic stress disorder (PTSD) diagnosis, I relentlessly bemoaned my trauma. Honestly, I still do sometimes. An older guy abused me verbally, physically, and sexually when I was a teenager. My brain was still developing. I didn't have the capacity or experience to properly gauge the kind of danger I was in when I began a relationship with this man. What he did to me was really unfair. And I'm betting that what happened to you was really unfair, too.

Trauma Will Always Be Unfair

Humans are naturally inclined to seek justice. When people see something grossly unjust, they often intervene. When something unjust has been done to us, we want to fix it. We want to make things fair again, set things right. That's certainly what I wanted when I developed PTSD.

I wanted someone to save me. I wanted to feel like someone in this world was putting as much effort into helping me feel valuable as my ex-boyfriend put into making me feel worthless. I wanted to still believe that the world was just and that the unfairness of my trauma could somehow be balanced, and made fair again.

It took me a long time to realize that trauma is, and always will be, inherently unfair. Because I was stubbornly clinging to the idea that someone needed to save me, I refused, for a very long time, to do any healing work of my own. As you can imagine, this led me down a harmful path. I self-medicated with opiates, I was constantly angry at everyone, and I skipped from therapist to therapist until I finally gave up on therapy altogether.

If you have PTSD, your life is unfair. You experienced something, or a series of somethings, that you did not deserve. But it's also not anyone's responsibility to save you but your own. It was difficult for me to come to terms what that reality because it seems possibly even more unfair than the initial trauma. Someone else abused me, so I have to do hard work to help myself heal? Could anything be more unfair?

You Can't Make Trauma Fair, But You Can Find Peace

Just because a situation starts off unfair doesn't mean it can't end well. My abuser recently forced me to engage with him in court. I won't give you all the details, but at one point I became very frustrated because the various legal professionals involved were asking me to negotiate with this man and I didn't want to. For starters, I didn't think it was safe, but I was also upset that they were asking this of me when he was unable to even admit what he had done.

Finally, my lawyer looked at me, and said, "Elizabeth, listen, I understand why you're upset, but what I've seen in my interactions with both of you is that you're way stronger than him. He can't admit what he's done because he's weak. He can't face it. You can. That's the real problem with your interactions. You're stronger than him and you don't even know it."

I'm not great at taking compliments, so I brushed off what she said, but when I thought about it later, I realized she was right. By finally letting go of the unrealistic expectation that someone else should save me, and thus attending therapy and doing other work to heal myself, I had empowered myself. In so doing, I'd become stronger than this person who had once exerted his strength over me. That doesn't erase the unfairness of the trauma because nothing can, but it helped me find peace with my past.

Healing Trauma Is Possible, Even In an Unfair World

You may never have such a literal example of the ways in which you've gained strength over your trauma. I almost hope you don't, because it was distressing to sit in a courtroom with my abuser. Nonetheless, it is possible for you to gain agency over the memories that once made you feel weak and powerless. You can't will yourself out of having PTSD, or wish away the unjustness of the universe, but you can decide how you react to your circumstances. You can choose to pursue recovery.

Healing from trauma is hard work. It's really unfair that we have to be the ones to do it, but I promise that healing is worth the effort. It is possible. I start fixating on the fact that I didn't deserve my trauma, and that it is so unfair that it's my job to recover from it; but I now accept these thoughts. I agree with them. They are correct.

Then, I say to myself, "I'm going to do the work of healing anyway."

Will you join me? Let's try accepting unfairness of trauma, and moving forward together.

If you have another method for coping with the fact that you experienced trauma you did not deserve, please let me know in the comments. I'd love to hear from you.

APA Reference
Brico, E. (2017, August 30). Trauma Is Unfair: But You Can Heal Anyway, HealthyPlace. Retrieved on 2023, January 31 from https://www.healthyplace.com/blogs/traumaptsdblog/2017/08/ptsd-unfair-heal-anyway

You Can't Always Avoid PTSD Triggers: Here's One Way to Cope
Why Can Childhood Sexual Abuse Lead to Promiscuity?