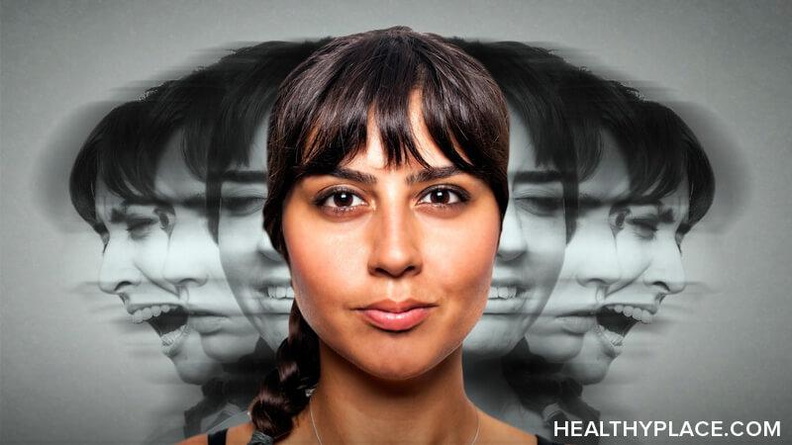 Media images can be very powerful. When we see something, especially when it's "based on a true story," our mind removes the words "based on a" and we are left with "true story;" as if what we are seeing on the screen is the absolute truth. In fact, the "based on" means it's an adaptation of a story with a lot of "Hollywood" thrown in to keep you interested.

You can watch our interview with Holly Gray at Dissociative Identity Disorder: I'm Not Sybil.

It took me five years to come to a place of acceptance around my dissociative identity disorder diagnosis. A certain amount of wrangling with such life-changing news is par for the course. Some of it, however, could have been avoided if it weren’t for what I call the Sybil Myth.

In my experience, when most people think of multiple personalities, they think of Sybil. Or, more specifically, the character created to represent Shirley Ardell Mason, a real woman treated for DID. That character clearly left readers and viewers with the distinct impression that people with DID are hysterical, unstable and erratic. The controversy surrounding the book helped solidify and further that impression by adding a new layer, one of possible deceit. Did Mason truly have multiple personalities? Or was she a hysterical woman manifesting the suggestions and expectations of her therapist?

Fairly quickly, DID found its place in popular culture as a bizarre and frightening phenomenon that may or may not be real at all. And the person that has it? Tragic, fascinating anomaly at best; deranged, dangerous hysteric at worst.

I cannot say for sure, but I doubt that the way DID manifests itself in Sybil is wholly inaccurate. I admit that there have been plenty of moments in my life that were ripe for reality television infamy. If those moments were all anyone ever saw, the lasting impression would be a disturbing one. If properly edited, my life would look crazy. I would look crazy.

I don't know what Mason was really like; but I do know that anyone's life can be whittled and edited down to its most dramatic hours. Whatever the truth is or isn't about her, the name Sybil has become synonymous in the general population with histrionic instability and irregular, unpredictable behavior. But most people with DID live far more subtle lives than that. Those of us with DID, though our experiences and struggles are often unique, are just human beings with human frailties, human faults. The ways in which we are normal outnumber the ways in which we are not. Most of us aren't Sybil. I am not Sybil. I suspect even Shirley Ardell Mason was not Sybil.

What's life like with DID? Do you feel stigmatized by the book-movie Sybil? or do you feel Sybil is an accurate portrayal of what it's like living with dissociative identity disorder? Please leave your comments below.

I have been diagnosed with DID for 13 years now and didn't know what it meant for quite a while until my daughter explained what would happen to me and even then I didn't believe it. I try so much to fit in and be normal and then I feel stupid when I have no idea what's going on. But I've finally accepted it and understand that it was the only way my mind has kept me going through the hell I went through growing up.
Sybil is just a holliwood movie, period. Don't stereotype DIDs with a movie!

I was diagnosed with DID more than 10 years ago. At the time, my first therapist shared with me what DID (back then called MPD) was, but could not use it as an "official diagnosis" because insurances would not accept or pay for its treatment. Like most other persons I know with DID, our safety in this life is based on hiding, being as "normal" as any other person. We do not act out hysterically, especially in public, due to our need to appear "normal". The book and movies about "Sybil" did cause, and still do cause, "normal" people to fear and shun those of us with this condition. DID is NOT hysteria or acting out to get attention. DID is actually a very creative way to survive unimaginable trauma/abuse/terror that is/was repeated and ongoing for long periods of time. Because of developing DID, we survived, without "going crazy" or dying. We work very hard, every day, at continuing to appear "normal" to other people. We are NOT Sybil !

I don't know if I have DID. A recent event brought to my attention, along with an increasing number of things I can't explain are giving me questions, no answers. It's to the point I'm not sure just who I am. As for the movie "Sybil," it's just "hollywood".