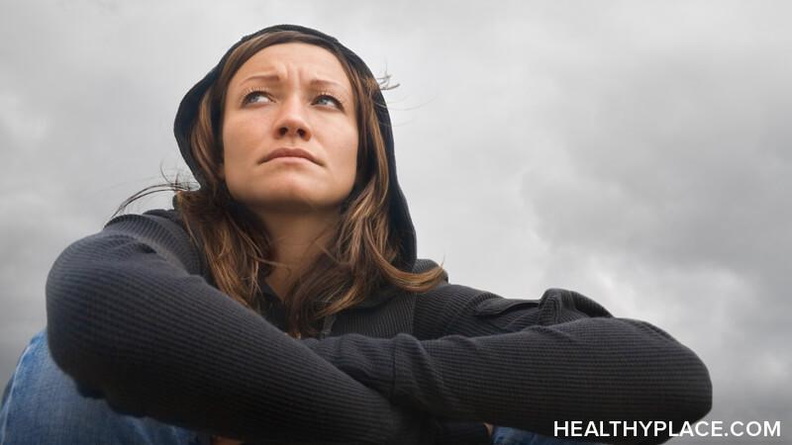 What Is It Like for People with Avoidant Personality Disorder?

Individuals with avoidant personality disorder (AvPD) view the world as unfriendly, cold, and humiliating. People are seen as potentially critical, uninterested, and demeaning; they will probably cause shame and embarrassment for individuals with AvPD. As a result, people with AvPD experience social pananxiety (intense anxiety that is pervasive, omnipresent, and overwhelming) and are awkward and uncomfortable with people. However, they are caught in an intense approach-avoidance conflict; they believe that close relationships would be rewarding but are so anxious around people that their only solace or comfort comes in avoiding most interpersonal contact.

As I read through the description of Avoidant Personality Disorder, I immediately thought it was similar to Social Anxiety Disorder. However, the difference is that avoidant personality disorder is essentially a problem of relating to persons, in contrast to social phobia, which is largely a problem of performing situations. For instance, Aimee White, author of the Nitty Gritty of Anxiety blog, has social anxiety and has trouble eating in front of other people. In contrast, this week's guest, Trish Poce, feels uncomfortable around everyone and anyone.

Watch the interview with Trish Poce on the avoidant personality disorder video on the HealthyPlace Mental Health TV Show.

I'm now 58 years old. I have never held a proper job because of mental illness, usually did menial tasks to stay out of the mainstream. I have always had avoidant personality disorder since I was a very young child. I didn't realize I had a problem. I was just sure I was not able to be like other people around me. I was shy, awkward and felt as though I never really fit in.

I grew up on army bases and we moved regularly. I went to 13 different schools by the time I was in 10th grade. I usually was befriended by 1 person each move and when we moved, the friendship ended. I never had a flock of friends.

In the time period when I grew up, mental illness was so misunderstood. We were all taught that if you were mentally ill, you were somehow slow mentally too. The two thoughts went hand-in-hand.

My younger life was full of abuse. My mental illness was just ignored by my parents. (It was not acceptable to have faults and mental illness would surely reflect on my parents not having "good stock.") So my behavior pattern was not noticed and my illness went undiagnosed. I was seen as a problem child. Everything got blamed on me because I was "troublesome".

Because I was so socially inept, I made many bad decisions about who was to be my mate. I always picked abusers. This is because, in some way, I was still trying to get the love my parents never gave me. I went through a bout of alcoholism until I ended up in the mental health system about 18 years ago, when I attempted my first suicide.

Since my diagnosis, I have been working to get better. For the first 10 years, I floundered, taking meds by the ton and changing psychiatrists - until I found the last one. He understood meds so well and explained fully what they were doing for me. At this point, I was what we call a "zombie" from all the psychiatric medications I was on. He reduced my meds and hooked me up with a psychologist who helped me realize where all my inner pain was coming from. He used dialectical behavior therapy with me. He healed my heart.

It took 5 years, but I feel my heart has been healed. I am working on accepting the past as it was, I know I can't change it. I am now in the process of letting the past go and releasing all the demons in my head. I am now ready to continue with the rest of my healing.

At this stage, I am still socially inept. I still fear new situations, mingling with people and I still call myself names. I have problems managing my time, accomplishing tasks I have set out. But I do feel like a whole person now and not some fragmented little church mouse. A butterfly. I have ended the chrysalis stage and now am opening my wings.

My parents have passed on now, but until their death they never fully comprehended what mental illness was all about. It was never openly discussed and kept hush-hush. My siblings have all been affected in one way or another.

I have made the decision to go public - outing myself as it were. To bring a light on mental illness, to contact others who are affected and floundering. Perhaps my experiences can help those out there still looking for answers.

What has it been like for you? Have you tried any coping methods that were helpful? Leave your comments below.

Coping with a Loved One with Borderline Personality Disorder
Dissociative Identity Disorder: I'm Not Sybil
Lisa
July, 23 2010 at 11:02 am

Trish
Thank you for having the courage to share your pain and the positive changes that have been happening for you.

I am 43 years old, and have had over 80 jobs in my life. I have such a difficult time coming to grips with my lack of social skills, and I am so typical in that I really want friends, but have tried and tried to no avail. I just can't seem to get a grip on how to 'do it.'
I need serious help :(