Life with Schizophrenia: A Journey from Torment to Triumph 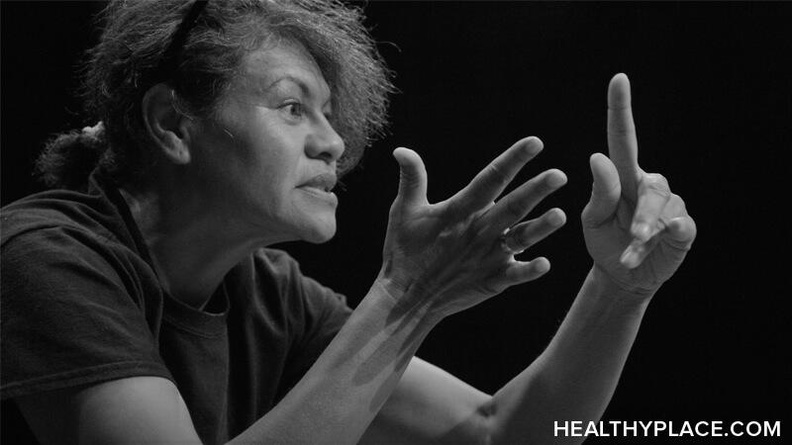 "Who are you and why are you doing this to me?" Those are the words Sandra Yuen MacKay wrote in block letters across her family's porch when she was 15 years old. She knew someone was spying on her; she could hear voices outside her house, talking about her and commenting on what she was doing.

I believed there were microphones and cameras built into the walls of my house because the voices always seemed to know which TV show I was watching or my location inside the house. I felt eyes on me wherever I went.

When she was taken to a hospital, she hoped the plot against her would finally be uncovered. The truth about Sandra's predicament did come out during that first hospitalization - the first of many. And when the answer came, it wasn't the answer she was expecting: she was diagnosed with schizophrenia.

Sandra didn't understand at the time what schizophrenia was, but she knew she was desperate for relief from the voices, the intrusive, foreign thoughts, and the enormous stress.

I felt utterly alone. Slowly, the gate was closing separating me from a normal existence, but I didn't realize it.... I wished that my painful experiences could have been erased. Instead, they haunted me for decades. I could not separate truth from fiction.

Over the course of her illness, Sandra's have included:

Now 45 years old, Sandra has been in treatment for 30 years. During that time, she not only struggled with the symptoms of schizophrenia and the side effects of medications required to keep those symptoms in check, she also managed to earn a Fine Arts Diploma and a Bachelor of Arts in art history.

Though not cured, Sandra is no longer debilitated by the symptoms of schizophrenia. She's a successful writer, artist, and advocate. Her memoir, My Schizophrenic Life: The Road to Recovery from Mental Illness, details her journey through schizophrenia's earliest warning signs, subsequent hospitalizations, treatment, and eventual recovery. Now diagnosed with schizoaffective disorder, a combination of schizophrenia and a mood disorder, Sandra says she thrives on life, despite her mental illness.

Watch our Schizophrenia video interview with Sandra Yuen MacKay on Challenges of Living with Schizoaffective Disorder.

Have you been diagnosed with schizophrenia or schizoaffective disorder? Tell us about your experience in the comments below.

APA Reference
Gray, H. (2010, November 10). Life with Schizophrenia: A Journey from Torment to Triumph, HealthyPlace. Retrieved on 2021, May 7 from https://www.healthyplace.com/blogs/tvshowblog/2010/11/life-with-schizophrenia-a-journey-from-torment-to-triumph

The schizoaffective disorder is a biological disorder thought to be brought on by an imbalance in brain chemicals, specifically dopamine. It is defined as the presence of major depression, mania, or a mixture or alternative of the depressive and the manic symptoms for at least two weeks. And a decline in social functioning for at least six months. Schizoaffective is still sometimes diagnosed simply as a transition from Bipolar to Schizophrenia, since its symptoms are mainly a combination of the two.
http://www.disorderscentral.com/