Men Self-Harm Too. Here’s My Story of Self-Harm

A secret is usually not healthy. But keeping a secret about your self-harm can be downright deadly. Today's the day I tell my story of self-harm.

When I was 9 years old, I accompanied my single mom to the supermarket. After doing our shopping, we started toward the car with our groceries. My mom opened the trunk and we put the sacks inside. When she closed the trunk, all hell broke loose.

Somehow, I'd gotten my right thumb caught in the trunk lid as it slammed down. The pain was unbearable and, of course, I began to scream bloody murder as my mom frantically tried to find the key. When she finally opened the trunk, obviously my thumb was somewhat mutilated. It might have even been severed, but there was an air pocket between the edge of the trunk lid and the car body that somehow kept my thumb from being cut off.

I Began to Self-Harm 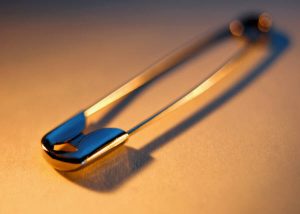 As I began to heal, I noticed the skin on my thumb became quite coarse. I still don't quite understand, but for some reason, the coarse skin felt comforting to me, even soothing.

Instead of letting the wound heal, I began to pick at the skin in order to feel the comforting feeling. I found that I could make the skin even rougher by picking at it with a safety pin.

No one realized at the time that I was engaging in self-harming behavior. I had been through much trauma in my earlier childhood, and somehow, this made me feel better. This went on for a few years until I just kind of grew out of it, but the scar remains.

This is the first time I've told this story publicly and, to be honest, I feel a bit vulnerable. But I know it's important to speak out about my self-harming behavior because I know that there are lots of men out there that have their own stories to tell about self-injury. We need to fight the stigma that comes with believing only women self-harm, not men.

I ran a Google search on “self-harm” and searched for images. I didn't specify anything other than self-harm. What I found was interesting. Probably about 99.9 % of the results from the first page were images of women in various stages of self-harm. I had to specify “male self-harm” to find more images of men.

Why does that matter? It tells us that the prevailing societal view of self-harm is that it's mostly something women engage in, not men (although this is changing). This can result in men feeling like they can't be open about their self-harm activities, which might make them less likely to seek treatment, and that matters.

That's my story. What's yours?

This blog article was written by:

Mike Ehrmantrout is soon to be joining us at HealthyPlace as the co-author of the Recovering from Mental Illness blog. Mike suffers from posttraumatic stress disorder (PTSD) and bipolar disorder. While Mike doesn’t consider himself fully recovered, he has learned some good coping mechanisms that he wishes to share with the readers while building valuable relationships. You can find Mike Ehrmantrout on Google+, Twitter and Facebook.

I'm 18 yo male and just feel ashamed of getting help as of course men aren't suppose to have feelings and stuff also I feel like I'm childish as of my age.

This needs to be pointed out more often. I'm a 22 year old male. I self-harm. Even my psychologist made the mistake of telling me that SI is a 'female issue'. I found that statement truly imasculating

Hi Brian, i am a 20 year old male who SH's , if you want to talk and share stories or just need some support my email is bendix079@gmail.com

Despite my screen name I am female but I too am extremely frustrated with the stereotypes and stigma surrounding self-harm. If you google it all you get is teenage girls that cut and often also have eating disorders. I'm almost 30, I have never cut and I am dealing with other mental illness. It feels like there are no support groups for adults going through this. They’re always talking about being bullied at school, relationship problems and the pressures of being a teenager which simply don't apply to my situation in life.
It also frustrates me that many people think terms like self-harm and self-injury are just ways of saying cutting. Most people only think about cutting and maybe sometimes burning. I've done almost everything but these two. It can make you feel like an outsider even among the outsiders. people have even said that scratching ( I too have often contemplated the irony of it being called a "safety" pin.) which is my main problem is nothing more than "fake cutting" and that I'm just a wannabe pretending to have problems without actually hurting myself and I'm not really suffering or struggling with an addiction. It’s just so hurtful and triggering!!
Another thing that really pisses me off is that people continue to perpetuate the myth that self-harm is a spoiled rich white girl problem. Or say things like "back in my day we didn't have time to be crazy. Kids these days are just bored because life is too easy!" I'm not very spoiled or materialistic, I'm grateful for my life, I don't care about fitting in and I have never once claimed that my life is hard even if some parts of it affected me negatively. But I do have a mood disorder that hurts a lot regardless of my life so I struggle with self medicating in various ways. I wish people could understand that!! It is also been proven that self-harm has existed as long as humans have an even some animals do it when in traumatic situations. Self-harm affects everyone regardless of gender, race, religion, geographic location or life circumstances! Yes situations can make people more vulnerable to it but I wish people didn't have such a narrow view of it.
I think it happens to men more than people realize but it is not talked about as much because men are less likely to admit to it and society criticizes them more harshly when they do. Also guys often self-harm in other ways that are more socially acceptable so they are not even recognized as a form of self-harm.