Creating a Strong Support System When You Have Depression 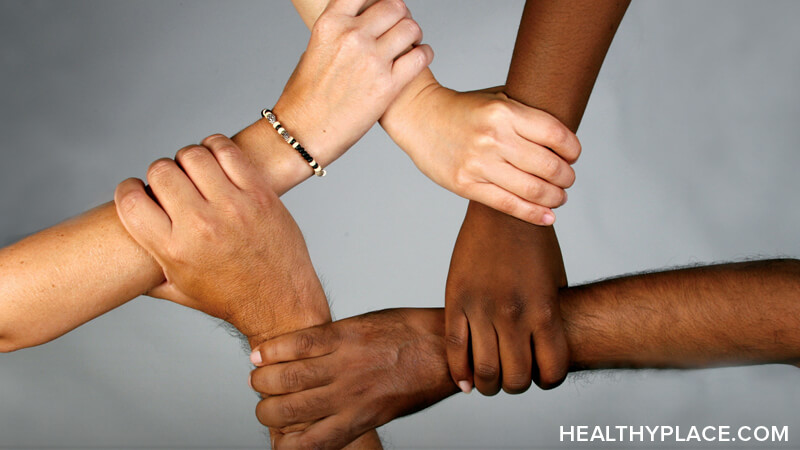 Creating a strong support system when you have depression can affect your mental illness recovery in a positive manner. I learned this during my 12-year battle with depression.

But it’s not always easy to find a support system. Often, we can’t find people who want to hear about our suffering. So here are tips to create a depression support system for yourself, based on my experience.

Creating a Support System During Depression: The 3 Layer Approach

Think of your depression support system as a three-layer cake. Each layer will consist of a certain type of person and each layer of people will play a specific role.

The First Layer of Your Depression Support System

The first layer, the base of your depression support system, consists of people who care about you and who know how to help. These people make up the core of your support system.

People who suffer from mental illness, either isolate themselves or run into the arms of their loved ones.

We know isolating ourselves isn’t a good idea. But, I would also suggest you not seek out the people who care about you if they don’t know how to help. (I’ll explain this in detail later.)

So, who falls into this first layer of your depression support system?

Therefore, the base of your strong support system when you have depression are people who care about you and have the ability to help.

The Second Layer of Your Depression Support System

The second layer of your strong support system is comprised of people who care about you but don’t know how to help.

As mentioned earlier, these people shouldn’t form the core of your support network. This is because:

If all they can offer is love or a listening ear, don’t expect anything more.

The Third Layer of Your Depression Support System

You might not consider this a strong support layer. But trust me, you should.

The third layer is comprised of people who don’t care enough about you and who have no interest in helping.

Always identify people in this category.

Because nothing will sink you deeper into a black hole than a person you are constantly turning to who is making no effort to help.

We all have friends like these – maybe it’s a person from work or someone you’ve shared many drunken nights with – but that doesn’t make them the people you can turn to in your time of need.

Identify these people. Avoid sharing too much of what you’re going through with them. Also, don’t hold it against them because they don’t care enough. They have their own lives to worry about. If you like them enough to want to hang out with them when you’re feeling better, don’t chase them away with the part of you they care nothing for.

Trust me. I learned this the hard way.

In a nutshell, these are the three layers of people that form your strong depression support system. If you categorize the people in your life into each layer, you’ll maintain a healthy relationship with each of them while getting the support you need.

Nicholas Patrick overcame his 12-year battle with severe clinical depression in 2017, which included one failed suicide attempt and multiple relapses. He now runs a peer support platform called Ekho Academy, dedicated to helping others manage and overcome their depression based on the successes of others. His mission is to pay it forward as a thank you to the people who saved his life. You can find him on Facebook and Instagram.

APA Reference
Author, G. (2018, June 29). Creating a Strong Support System When You Have Depression, HealthyPlace. Retrieved on 2022, June 27 from https://www.healthyplace.com/blogs/yourmentalhealth/2018/6/creating-a-strong-support-system-when-you-have-depression

How to Ease Preschool Separation Anxiety
#MeToo Educates, and Creates Action and Societal Change
RaDonna
July, 7 2018 at 1:12 am

How do you find peer support groups?