Bipolar Hypomania: How to Avoid Its Tempting Lure 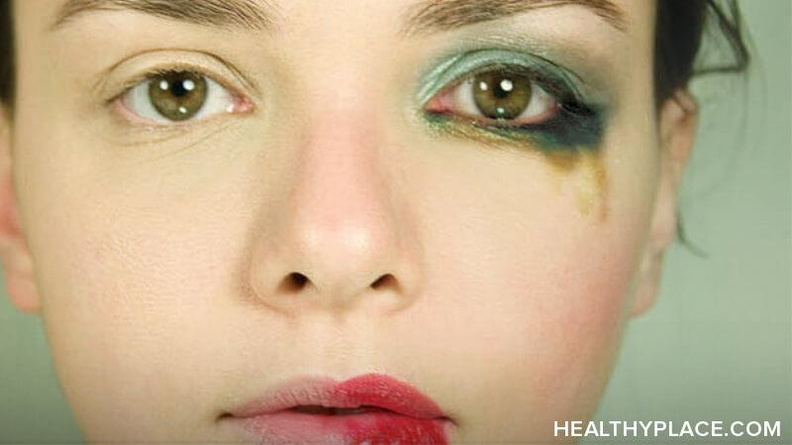 For me, hypomania is the state before a manic episode. I experience happiness, creativity, energy and an absence of inhibitions. It’s pure bliss. And the part of your brain that worries about consequences turns a blind eye to your hypomanic adventures. But the downsides of hypomania and mania are just as awful as those of a drug addict who hits rock bottom- job loss, failed marriages, arrests and sometimes even death.

My husband and I recently took advantage of our free trial month of Netflix. (I know, I know, we are a little behind the times.) We decided to start our television watching marathon with Breaking Bad, a series about a chemistry teacher turned meth cooker.

In the first few episodes, I couldn’t help but think about how powerful the grip of addiction is for meth addicts. In our society, addiction isn’t always viewed as the disease that it is. As someone with bipolar disorder, I recently started to examine the parallels between the rush of mania and the highs of illicit drugs. Just as addiction is a disease, it turns out the hypomania of bipolar disorder can be somewhat of an addiction. I have read several memoirs written by authors who have bipolar disorder and slip into mania because they can’t resist the lure of hypomania.

Danger of Hypomania and Mania 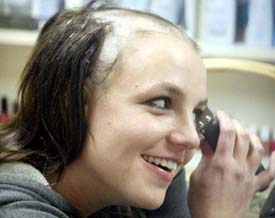 I often think the public doesn’t understand the danger of mania. It’s the "happy" end of the pole, some think, or the bizarre part of bipolar disorder that caused Brittany Spears to shave her head. In reality, full blown mania can cause people to lose touch with reality. When I experienced mania, I went days without sleep, developed a psychotic paranoia that Karl Rove was out to get me personally, ran up my credit cards and quit my job (more on bipolar psychosis).

I was able to get my job back and after my hospitalization, I returned to my normal, healthy suspicion of the right wing. I vowed to myself that I would never become manic again. I wouldn’t fall into the trap that others had written about. But a recent hypomanic experience almost tempted me to continue towards full-blown mania. I didn’t realize how tempting it would be. The energy, the joy, the endless ideas that flooded my mind, it all seemed too good to give up for the security of sanity. Fortunately, for me, I had safety guards in place that helped me avoid mania. I attend regular visits with my therapists and have a few close friends who I trust to tell if they notice changes in my behaviors and mood.

Arley Hoskin is a freelance journalist who loves to write about health, education, public policy and occasionally fashion. You can read her thoughts about living with bipolar disorder on her blog. You can also follow Arley on Twitter.
To be a guest author on the Your Mental Health Blog, go here.

Everyone Needs a Mental Health Moment
A Mother's Effect On Her Daughter's Self-Esteem
Marc
July, 28 2014 at 10:33 am

@Chris,
I would like to talk to you about your experiences inducing hypomania. If you get this message, shoot me a quick reply. I'll send you my contact information. It's been almost a year since you wrote this, but I am just starting to experiment with inducing it myself after discovering the term, and realizing I've done it many times before.
Thanks
Marc

Yes...I find the high to be similar to cocaine honestly. Which I did once a few years ago. I think it basically IS hypomania/mania high...with much less desirable physical side effects. Hypomania is a state I feel I am the perfect version of myself. With the right strain of Cannabis, coffee, sleep deprivation, st johns wart, omega 3 fatty acids and 5-htp i can get there. I know I sound like some druggy idiot. I understand. But I have put hours of research in. For months. I know the risks of all this. Serotonin syndrom being my most feared. But I am rarely depressed with this cocktail and have been keeping myself hypomanic the majority of these last 2 months. I'm trying to remove the caffeine, then the Sleep deprivation and st johns wart gradually. I couldn't be happier with my life performance and accomplishments these two months.

Good insights. I know a very wonderful woman who may present the symptoms of bipolar II ...I am an addict in recovery. I can see the correlation between the hypomania and the high from drugs. Thank-you for the insights

I'm bipolar too and I like being in a manic episode more than the other. I found I was bipolar in my early 20s. I'm going to be 29 in October.

Me and this bipolar guy I've known since school, we always got intimate with each other, so I find reading stuff about his Bipolar does help. They are very sexual human beings ;) lol. I liked it very much. We never told anyone. Just kept it to ourselves. "Must be the alcohol, again", sure. lol

Good insight here! I have been living with bipolar for 20 years. I agree that the hypomania piece can be addicting, but for me, sometimes the early stages of it creep by me without me even recognizing it. I'm getting better at it, but it's a process. I notice that I do things in excess...want to crafts ALL the time, go shopping to MAKE crafts all the time, drink boatloads of caffeine...like that will calm me down. It is difficult, but you are correct. It can be managed. I too have family and friends who can offer feedback when they notice differences in my mood and behavior. That is invaluable and is key to getting on and staying on the path to wellness. A good doctor and therapist is the way to go as well.

I am hypomanic now, and yes as you say it feels a bit like being addicted to drugs, now I want more!!! I don´t want it to stop, I am really waiting for something more...

I found your article informative, thanks for sharing

So, are you saying that a person with bipolar illness can put themselves into a state of hypomania whenever they want to and then just need to be careful not to go further? Or are you just saying to watch for the symptoms of hypomania starting and do something about it right away. I am not bipolar but have had hypomania along with severe depression. I wish I could put myself into hypomania. It's certainly better than depression. I don't think it's possible to personally start it but can manage when it does start with skills and meds.

[ Smiles ] Thank you for sharing your insight on bipolar hypomania.