If you read my previous post detailing Bob's first inpatient admission to a psychiatric facility, you know I felt horrible about the decision, but hopeful Bob would get help. I also thought the hospital staff would see me as a concerned mother who wanted the best for her son. I had no idea what was actually in store for me and my husband.

Bob's father, still angry over the outcome of our custody trial (I was awarded sole legal custody, he received limited visitation), made certain to drag my name through the mud at any opportunity. We'd been lucky--most people saw his diatribes for what they were and dismissed them.

Bob's therapist at the hospital, however, did not. Shortly after Bob's admission, his father arrived at the hospital, demanding to speak to someone. He was directed to the therapist, and they apparently had a lengthy discussion--about me, which came to light during my first meeting with the therapist.

(The therapist) took every word out of (Bob's father's) mouth at face value. He chastised Ben and I for "yelling and screaming" at Bob all the time--an accusation straight from (Dad), which he has made on numerous occasions and which is not true. (The therapist) told us there is no "magic pill" we can give Bob to make him behave (which we are well aware of, and which (Dad) has accused me for the past two years of thinking). (Therapist) lectured me about how Bob will never improve if the conflict between (Dad) and I continues.

Adding insult to injury, the therapist didn't seem interested in hearing our side of the story.

We asked if he'd bothered to read the judgment entry (from the custody trial). He put his hands up and said "oh, no--I don't even want to get into that." Ben told him, "I understand you want to remain impartial, but really--it would be a good thing for you to have some background on the situation."

To say the least. There's a reason (Dad) lost his legal custody rights. Several, in fact. But (Therapist) took the word of the non-custodial parent before he'd even met us face to face. 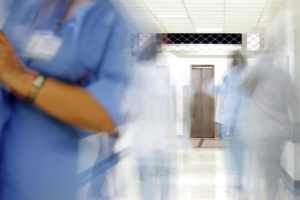 We had our visit with Bob after we met with (therapist), and afterward, (therapist) expressed how glad he was it had gone so well. Indeed, he seemed nothing less than shocked and surprised that Bob wanted anything to do with either of us.

Admitting a Child to Inpatient Psychiatric Treatment: A Parent's Perspective
504 Plan for Mentally Ill Child Forces Parent to Ask: When to Push, When to Relent
DIane Cook
February, 4 2014 at 1:00 am

It's hard enough when your "friends" and family (and school system) blame the parents, but I can usually chalk it up to ignorance and fear. But when mental health professionals pull the bad parenting card as a root cause I am absolutely appalled and discouraged. Why is the scientific data and research not at the top of one's training. When does the mental health "system" stop excluding family involvement and recognize the importance that familial relationships have toward recovery? Hard to beat stigma when it comes from the very source that should be helping. LIving with MI is stressful enough w/o adding this kind of attitude to the mix.

Hi Diane,
Thank you for sharing your thoughts on this post. I am not the author of the post, but I went over to read it. The previous author had one difficult session with that therapist. Unfortunately, when it comes to inpatient settings, the choice of a therapist is not always for parents to make. I can see that the post resonated with you. As a professional in the field, I do my best to be impartial with both parents not only for the benefit of the child, but also because of my own situation with my son's father. For the record, not every therapist is the same just as not every parent is the same. There are different reasons for children to have mental illness. While the parenting piece is important, it isn't the only factor used to determine the best course of action for the child. Certain mental illness is genetic rather than environmental or due to trauma. You also bring up the point of family exclusion. One thing to be clear about is that any individual 18 and older can include (or exclude) anyone they choose from treatment. Unfortunately, it is hurtful, but it is the law. For some individuals, family involvement can be very helpful. But, for others it can be more negative than positive. That being said, I feel that family involvement and a good support system is key for recovery. I hope that one bad experience with a therapist does not change your opinion of good therapists trying to help families. Take care and please visit again soon.

We parents need to know that many credentialed mental health professionals in the US and Canada (where I live) have had no science based curriculum on psychotic disorders during their training. We did need to advocate to raise the standards of the training programs; otherwise we will keep dealing with mental health clinicians who really haven't learned anything except to blame us.
Susan Inman
author, After Her Brain Broke, Helping My Daughter Recover Her Sanity