I would like to express that the number of patients with Schizophrenia who become violent is less than widely perceived by the general public. Having said this, there are nevertheless a minority of schizophrenia patients who have an elevated probability of becoming violent when their illness is not under control. It is important to identify why this minority of people are at risk for such behavior, and give them the proper treatment and tools necessary to better themselves and prevent a potential catastrophe.

The ideas and opinions in this article come from my personal experiences with Schizoaffective disorder and though I have never personally committed an act of violence towards anyone, I can see how these disorders could create this type of negative behavior under certain circumstances. I have written this so that such circumstances can be avoided.

One belief is that much of the violence associated with Schizophrenia stems from drug abuse, rather than directly from the illness itself. Many turn to illicit drugs in an attempt to quell their pain and suffering, yet only end up with their illness and behavior spiraling out of control. Abusing drugs with Schizophrenia is a horrible mix and will only magnify the problems associated with this illness. 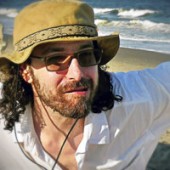 Controlling psychotic symptoms through medication is also an effective way to prevent both drug abuse and violence in people suffering from Schizophrenia. Under normal circumstances, schizophrenia medication can quell the psychotic symptoms and clear your thinking, making it easier to control your behavior. It is also easier to avoid avoid illicit drugs because your symptoms are under better control and you are in less mental pain.

Living in poverty with no support network with this illness can likewise increase the probability of violence. Many people with Schizophrenia become homeless at some point in their lives and isolated from the rest of society. At this point, their illness and behavior is largely unmonitored and untreated. Under these circumstances if someone were to become homicidal or suicidal, there would be no one around to get them the necessary treatment and attention that they need.

In some cases, someone with Schizophrenia may need to be involuntarily hospitalized because their symptoms and behavior cannot be controlled and they become a threat to themselves or others. I do support involuntary hospitalization in these cases, given that it is done in a humane manner and that the afflicted are treated like patients instead of criminals. This is a medical condition that given proper treatment does not need to turn into a legal matter.

Finding creative and effective strategies to treat and curb some of the negative behavior associated with this illness benefits everyone. Someday, people will begin to see this illness as a medical problem rather than a moral dilemma. When that day comes, we will be seen as a people in need of medical attention rather than as a threat.

The Effects of Sleep Apnea on My Schizoaffective Disorder
Understanding the World of Schizophrenia
Henry
August, 30 2012 at 4:21 pm

Your article is very much appreciated and I applaud your bravery in being so open regarding your mental disorder.
After many wrong diagnoses, my brother was diagnosed with schizoaffective disorder. I'm not familiar with what that may entail regarding symptoms; we are not a close family.
I do know that he suffered greatly from paranoia. It was this aspect of his behavior that caused me concern that he might commit a violent act in one of his workplaces. He could not hold a job due to his paranoid thoughts regarding co-workers. He also appeared to have suffered some PTSD from his time in Vietnam.
Once he was accurately diagnosed and placed on appropriate medications, his turnaround was remarkable. He was not just the man he was before; he became a man he'd never been. He spoke more, joked a bit, and engaged with others in his life.
He is a highly intelligent man, but the illness took much away from his ability to use that intelligence. He stays productive and active, though. He is married to a rather critical woman, but she has stayed with him through the worst of his episodes. If not for her support, he very likely would have become homeless.
My brother's wife also makes sure he takes his medications every day. Despite such a dramatic change for the better in my brother's behavior and personality, he insists the pills do nothing for him. It is out of a desire to avoid her wrath that he takes his medications.
Your story and my brother's confirm how essential support and medications can be in battling a serious mental illness.

A lot of people have difficulty working with this illness. I have had a lot of difficulty in the past, and I would not be honest if I did not admit to still having difficulty now. It is important that he does not give up the battle, and that he tries to maintain as healthy a lifestyle as possible. His pills probably do help to some degree, though the effectiveness greatly varies for people. I am completely unfunctional if I do not take my medication, and cannot live a relatively normal lifestyle without it. I hope my articles give you some insight into his condition. Forgive me for the late reply, I was very ill from my sleep disorder and depression.
-Dan

Very good made job, from you Mr. Hoewler! Violence as negative behaviour indicates a big medico-legal issue. As to pertain to schizophrenic patient, it may to said that this psychosis is characterized with uncontrolable conduct and it isn't in question their higher violent biheve comparable with mental health poeple. As you mentioned, there are many bad life circumstance condition that rised violent behave of schizophrenic patients. Among them it is their weaker psycho-social support system that damages theirs life skills and compromises theirs functioning. Therefore, it ought to undertaking many psychosocial meassures that should inhance their personal, familiar, social and professional perspectives. In the same time it should to accomplish an appropriate psychopharmacologic treatment of respective patient with schizophronia.

I am unsure of the statistics, but I can't imagine that the illness is associated with some degree of violent behaviior. I say this from personal experience. Having admitted this, we can move on and try to find ways to mitigate this negative behavior and better understand it. I do think most patients do not premeditate their actions in a logical fashion, unlike other cluster B personality disorders. I would be lying if I did not admit that my behavior is destructive without medication, and part of my recovery must acknowledge this fact. Thank you for your many responses Musli Ferati. I apologize for my absense. Thank You.
-Dan